On July 4th, David and Victoria Beckham will mark their 20th wedding anniversary; an impressive milestone given the intense scrutiny their marriage has come under over the years. But why are we so cynical about Brand Beckham?

Deny, deny, deny, publish highly-staged PDAs, talk about how much in love they are and rubbish the rumours…sound familiar? The relationship between David and Victoria Beckham has been intensely scrutinised since the moment they met.

Apart from the obvious, their relationship was even one of the most talked about moments of the Royal wedding last year. It was impossible not to notice Victoria’s face as she teetered miserably towards St George’s Chapel at Windsor Castle, hand in hand with her husband. In fact, the former Spice Girl’s unimpressed expression was the subject of so much discussion over social media — one user tweeted that ‘Victoria Beckham’s scowl is the ‘Pippa’s bum’ of this Royal wedding.

Naturally, Victoria denied that she was in any way unhappy, despite her facial demeanour, claiming, “It was such a beautiful, incredible wedding. It was just the best day. They looked so happy, and everyone was just so happy for them.” Asked if her expression had been nerves, the successful designer said ‘I wasn’t nervous, no. I was just really honoured to have been invited. I would have been nervous if it had been my day.”

But looking miserable is nothing new for the mother-of-four. Even at her own wedding, she remained stony-faced without the hint of a smile (despite the very laughable red velvet thrones).  In an interview with James Corden on the Late Late Show, she admitted that ‘the question I get asked all the time is why don’t I smile. People think I’m so miserable! Fashion stole my smile.” Friends are quick to reassure the public that Victoria is ‘really funny and quick-witted” and a ‘very happy person’. Indeed, on a documentary about her rise to fashion stardom, we saw another side to the former Spice Girl as she lounged about at home, very much smiling and at ease.

“Brand Beckham is currently valued at about £339 million.”

So is it fair to jump to conclusions that her lack of mirth is a sign that her marriage is in trouble? Equally, why is her social media packed with seemingly-staged PDAs and an emphasis on happy families? Is this is a marriage with two very public faces managed by a very well-oiled PR machine? Or are we just too quick to disbelieve that the relationships between two celebrities in the spotlight can last this long?

Brand Beckham is currently valued at about £339 million so arguably, there is a lot at stake when it comes to keeping Posh ‘n’ Becks as one entity.

We first saw this carefully-managed spin in action in 2004 when David Beckham’s assistant, Rebecca Loos claimed she had an affair with the footballer when he moved to Real Madrid. Ms Loos even referred to herself as his ‘second wife’. Naturally, the Beckhams moved to quell the issue and David issued a statement that read: “During the past few months, I have become accustomed to reading more and more ludicrous stories about my private life. The simple truth is that I am very happily married. I have a wonderful wife and two very special kids. There is nothing any third party can do to change those facts.”

Unfortunately for the couple, soon after that statement, Loos sold her story and confirmed the affair. Other allegations of unfaithful behaviour followed – two more women claimed to have slept with David in 2005, and a former nanny sold a story to the News of the Day saying that the couple’s marriage was a sham. Ms Loos cashed in on the media attention that came with her accusations and went onto feature in several reality TV shows, including Celebrity Love Island and shocked viewers on Channel 5’s The Farm as she, ahem, milked a male pig.

“Yes, there have been bumps along the road. But the fact is that we’ve come out of everything we’ve been through stronger and happier.”

Victoria too spoke out about the situation a few years later in a very manufactured interview with V magazine, saying “It was a really tough time. No one said marriage was going to be easy. Yes, there have been bumps along the road. But the fact is that we’ve come out of everything we’ve been through stronger and happier.” Not exactly a denial or an admission that her husband played away– but why should she be forced to give us all the gory details of their personal life? And maybe we ought to ask ourselves why we so enthralled by it all.

Last year, rumours surfaced that David and Victoria were about to announce their divorce after he had allegedly cheated on Victoria with his daughter’s teacher. The couple issued a statement immediately saying ‘There is no statement due or divorce. This is just fake social media news. This is all very bizarre and an embarrassing waste of time. There is no statement due, no divorce and a lot of Chinese whispers and fake social media news.”

We already know that social media is a fan to the flames of rumour and gossip. During the time of the Rebecca Loos accusations, social media didn’t play such a huge part in spreading such salacious details. Then too, there was no way of the couple promoting their united front apart from magazine covers or statements. Now, there is a new way of presenting a picture you want the public to believe. Victoria is fond of uploading cosy images to her Instagram account, showing snaps displaying normal family life. One read “Morning cuddles x So much love. We love and miss u @davidbeckham”. Another one is a picture of the entire family at dinner with the caption, “Fun dinner x kisses from us all”.

When they first met in 1997 at the Manchester United player’s lounge, the public was instantly cynical about the relationship between an internationally renowned pop star and the planet’s sexiest soccer player. But the reality is that Victoria and David have been together for over 20 years, they have four children together who seem reasonably well-balanced individuals and they have managed to travel for work, be successful in their own right and create a very, very powerful brand.

Victoria and David married in July 1999 months after welcoming their first son, Brooklyn. They went on to have three more children together: 16-year-old Romeo, 14-year-old Cruz, and seven-year-old Harper. But with children involved, living in separate countries (Victoria is based in the UK, while David is currently working and travelling in the US) and such intense media attention, the fact that their marriage has seemingly survived the fame and scrutiny is pretty amazing in itself.

Living out your life in the public eye is presumably no easy task – this power-couple has evolved into a power-family with Brooklyn a celebrity in his own right working towards a career photography and young Romeo in the spotlight for his fledgeling modelling work. Brand Beckham promotes a family-friendly image; it is a brand that celebrates success, promotes achievement, good looks and strong relationships. It is no wonder that the PR machine rolls out all the stops when it comes to defending this eye-wateringly valuable brand. 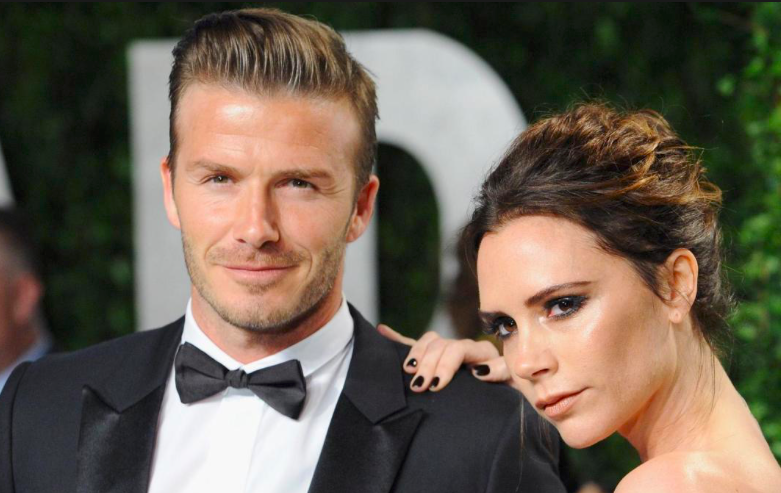 “We’ve always found ourselves rooting for them”.

Despite the cynicism, there is a reason why so many people love the Beckhams. David is often filmed showing really touching levels of affection to his children (the video of the moment Brooklyn surprised him for his birthday made us cry) and Victoria (like any #proudmummy) enjoys uploading sweet pictures of her family and her daughter’s drawings. She is extremely successful as a fashion designer, David does a lot for charitable organisations and we’ve always found ourselves rooting for them.

For many, David and Victoria represent one of the longest marriages in showbiz (as we know it) and who doesn’t love ever-lasting love? This is a couple who have been scrutinised relentlessly for twenty years – not just about their relationship. They have been criticised and analysed for their appearance, their fashion, their career, even for kissing their daughter on the lips (David posted a picture on Instagram of himself and his daughter on holidays in Tanzania with the caption ‘Kisses for Daddy’ The former footballing legend was trolled for kissing his daughter on the mouth with some calling it ‘entirely inappropriate’).

Whether their marriage is as solid as they like to portray or not, there are not alone when it comes to promoting an image that isn’t always as accurate in reality. We all have that friend who reminds us over and over again about how much IN LOVE they are – and just how HAPPY they are together. Often it is a case of the lady (or man) protests too much. Perhaps is it is a projection of how someone would like things to be. Nobody (even super celebrities) wants to be exposed as unlovable or having a lacklustre relationship.

Maybe Victoria is heartbroken and she can’t help her sad expressions. Or maybe she just doesn’t like her teeth. We’d like to think that these are just some silly rumours that the couple can laugh about together as they curl up on their couch  – rolling their eyes at the dumb old media machine as they upload cute Instagram stories showing us how much in love they really are, twenty years later.

Read more: Will we ever stop pitting Kate Middleton and Meghan Markle against each other?