Where You Must Visit In Paris

DESIGN Les Arts Decoratifs occupies a few wings of the Louvre but is a museum in its own right, with its own entrance and admission price. Prepare to be dazzled by more than 150,000 objects d?art, from Medieval furniture and Ren? Lalique glassware to the bronze, 19th-century bed donated to the museum by the infamous courtesan Valtesse de la Bigne, who inspired Emile Zola’s novel Nana. (107 Rue de Rivoli, +33 144 555 750; lesartsdecoratifs.fr) 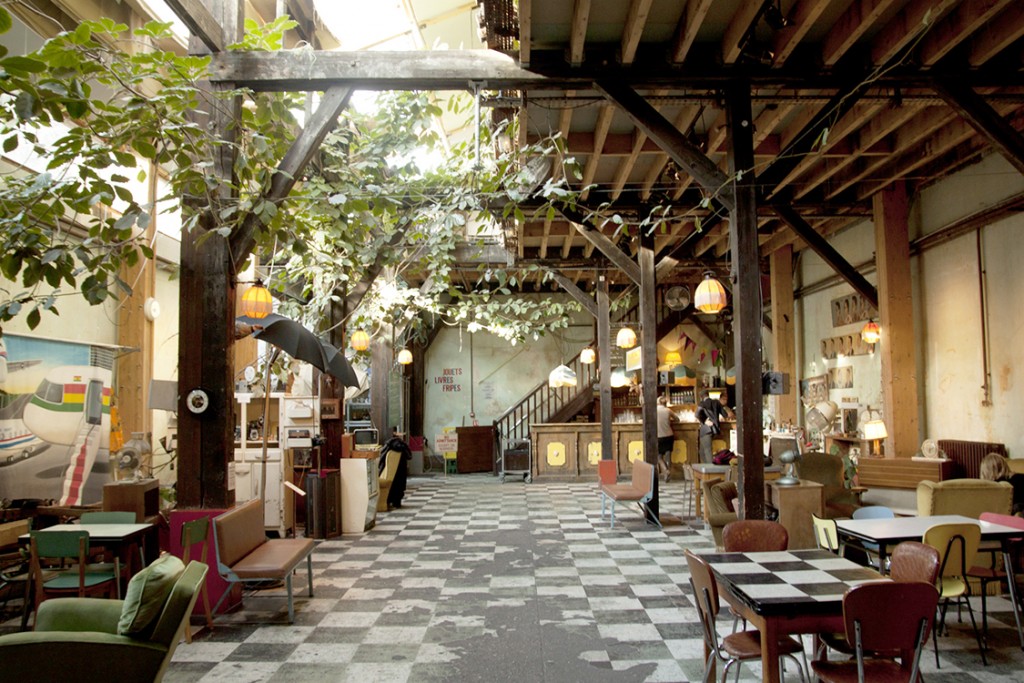 FUNKY Nowhere in Paris is like the extraordinary Le Comptoir G?n?ral (above), a 600sqm multifunctional ?ghetto museum? celebrating Franco-African cultures, housing arts events, a thrift shop, classrooms, a barbershop, its own radio station and also eateries: Le Rade being a thriving bar where it’s survival of the fittest at weekends to get a seat. A true original. (80 Quai de Jemmapes; lecomptoirgeneral.com)

FASHION Palais Galliera (below)?provides a who’s-who of French fashion history. All the leading couturiers are represented here, such as Pierre Balmain, Paul Poiret and Elsa Schiaparelli, but they are only displayed to the public in exclusive shows: don’t miss Anatomy of a Collection, which has been extended to February 2017, and boasts some 200 pieces synonymous with the people that wore them, i.e. one of Marie-Antoinette’s corsets, Audrey Hepburn’s iconic Givenchy LBD as seen in Breakfast at Tiffany’s and Gala Dali’s Surrealist shoe-hat. (10 Avenue Pierre 1er de Serbie, Rue de Galliera, +33 156 528 600; palaisgalliera.paris.fr) 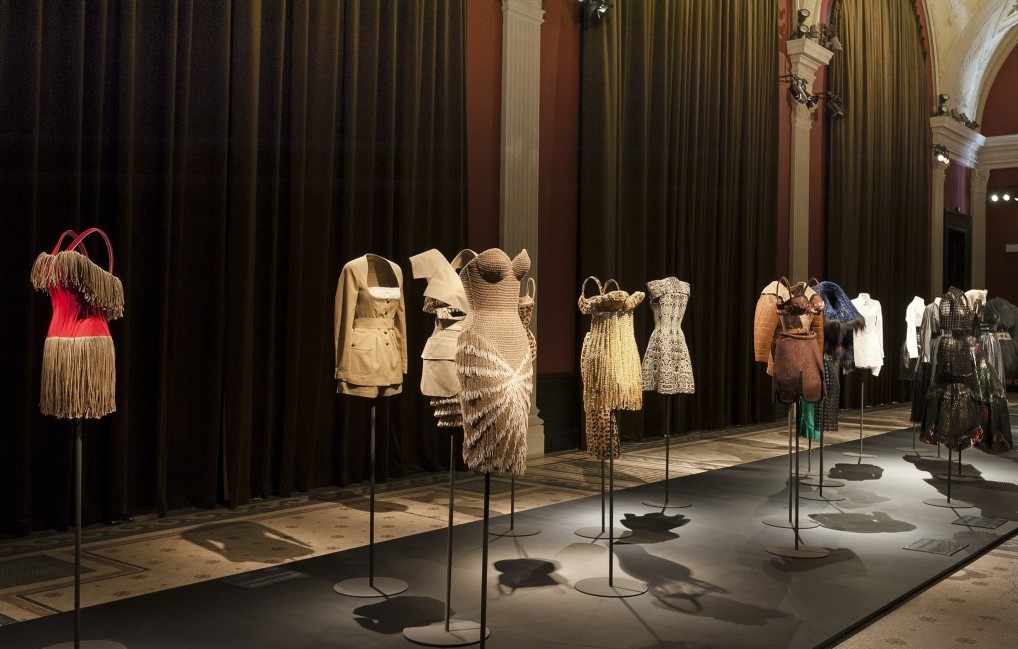 QUIRKY Fashion designer Christian Lacroix continues his second career as an interior designer, with the three-star Hotel l?Antoine being his newest muse. Here, colours and patterns run riot, with each of the hotel’s five floors inspired by the area’s bohemian past – cue a mash-up of Baroque, graffiti, trompe l?oeil and fluoro. The lounge’s honesty bar is a nice touch, while the short stroll to the Bastille Metro makes getting around a cinch. (12 Rue de Charonne, +33 155 283 011; hotelantoinebastilleparis.com)

CHARMING Paris is known for its shoebox-size rooms and the Hotel Henri IV is no exception – but how many single rooms offer a spacious private terrace? Truly lovely, this Left Bank boutique hotel (below) is small but perfectly-formed and just a baguette’s throw from the pretty Saint Severin Church, while Notre Dame Cathedral is within a five-minute stroll. (9-11 Rue Saint Jacques, +33 146 332 020; henri4hotel.com)

ART NOUVEAU Pretend you’re hobnobbing with designers Hector Guimard (who designed Bastille’s Metro entrance, a short walk away) at Le Bistrot du Peintre in the 11th arrondissement, a restaurant that dates back to 1902 and still retains many of its original decorative features. Food is classic and seasonal, while all its vin is sourced from independent French wine growers. (116 Avenue Ledru Rollin, +33 147 003 439; bistrotdupeintre.com)

SHARING PLATES Stuffed yourself at lunchtime with a prix fixe menu? Venture off the beaten track to Au Passage (below), a bijou neighbourhood joint where French tapas-style dishes offer simple but sophisticated light bites, from nose-to-table meats to oysters and asparagus with poached egg. Staff are as warm and welcoming as the freshly baked bread. (1 bis Passage Saint-S?bastien, +33 1 43 55 07 52; restaurant-aupassage.fr) 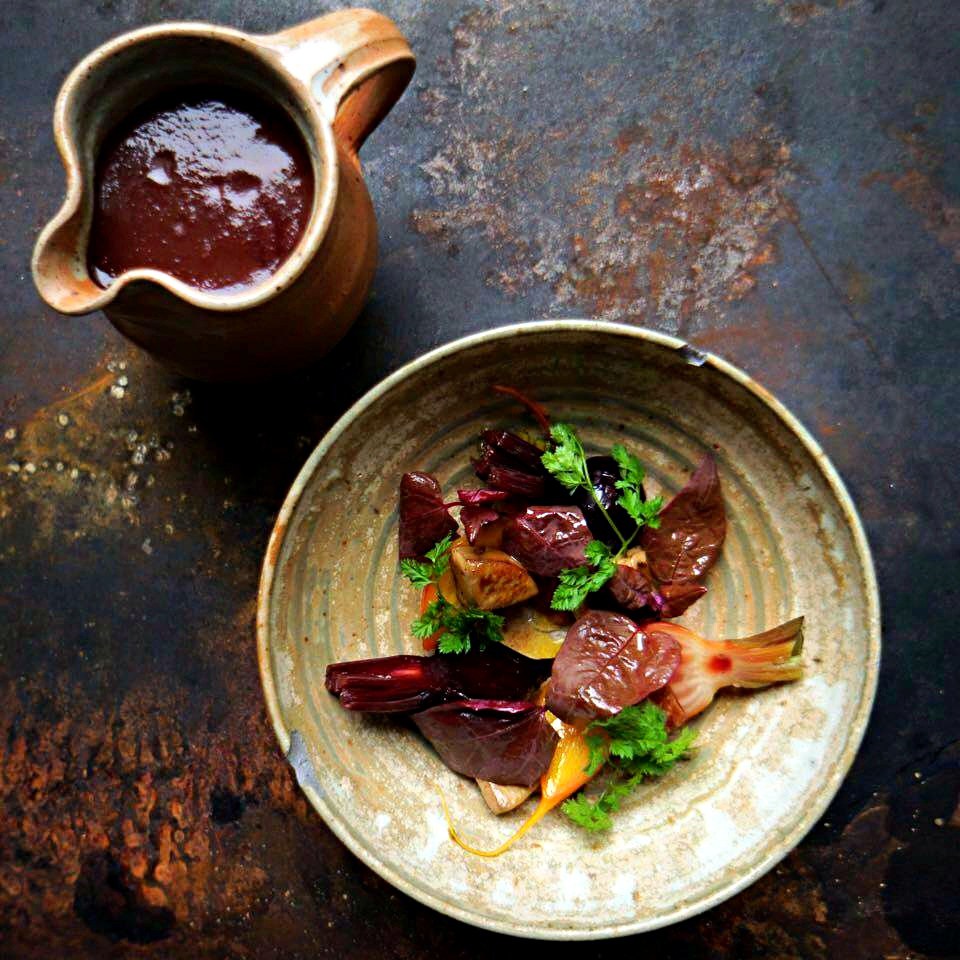 TAKEOUT Riding on the coattails of the runaway success of his restaurant Frenchie (reservations a must) and its across-the-road offshoot Bar a Vins, chef Gregory Marchand launched Frenchie to Go, also on the same street. In spring or summer, grab a lobster roll and homemade ginger beer to go and chow down on a sunny bench in this hip ?hood known as Little Egypt. (9 Rue du Nil, +33 140 262 343; frenchietogo.com)

ASIAN Open since spring, Hero is from the same hipster stable as Candelaria, Glass and Le Mary Celeste. Korean fried chicken is its USP, although the deviled eggs, dumplings and kimchi mac ‘n’ cheese are also tastebud-pleasers (and check out the inventive use of horse trough ?finger bowls are so pass?). If nothing else, perch at the ground floor cocktail bar for colourful cocktails. (289 Rue Saint-Denis, +33 1 23 45 67 89; heroparis.com)

LEAFY Bistrot des Dames (below) is what Parisian-courtyard dreams are made of, a verdant inner sanctum from the hustle and bustle of Montmartre. Sup on a chilled Sancerre in the garden terrace, and pick on cheese boards and charcuterie. And if you just can’t be bothered to move, check into its own Eldorado Hotel. (18 Rue des Dames, +33 145 221 342; eldoradohotel.fr) 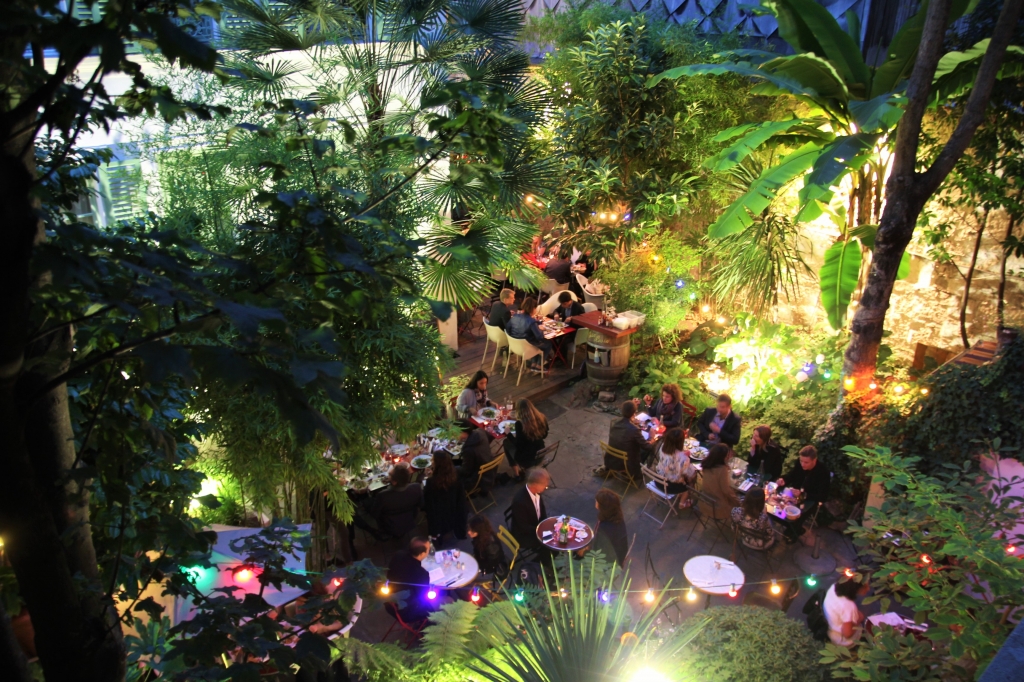 ROOFTOP Located on the top floor of the historic Printemps department store, bar D?li-Cieux is a tourist trap but don’t let that put you off – the 360-degree panorama of the city is breathtaking. Sure, you won’t be the only one there toasting the sunshine with a glass of champagne, but who cares, when views are this good? (64 Boulevard Haussmann, +33 142 825 000; departmentstoreparis.printemps.com)