Tragic Baby Belle and the saddest secret of all

They called her Belle, the French for beautiful. A tiny baby girl found alone in a sandy grave a week before Christmas. Amanda Cassidy reports on the heartbreaking discovery made in Balbriggan at the weekend, and why the language used by the media has really stood out.

We will never know Belle. Or her mother. We won’t know the real circumstances about her birth, the pregnancy or why the only option seemed to end on a freezing cold beach in Balbriggan. But what really jolts us is imagining the distress, the pain and the heartbreak of walking away from this child’s body – whatever the true story may be.

Belle died before she was born. Gardai confirmed that there was no foul play and that her death is not a criminal investigation. Speaking on RTE’s Morning Ireland a short time ago, Garda Inspector Brian Downey explained that the main concern now is for the wellbeing of Belle’s mother “To the mother of this baby, please come forward, you do need medical intervention and you do need medical help and we’re imploring anybody who knows anything about this matter, whether it’s the mother herself, or her parents or her brother or sister, cousin, boyfriend, to contact either the gardai or Tusla or call to a hospital, to a doctor.” He also explained why they named the little girl Belle.

“We’ve decided to name the baby, we’re going call the baby Belle, after Bell’s Lane, and also because Belle is a derivative from the French meaning beautiful.”

He reiterated that “the girl or the woman who gave birth is not in trouble.  There is no criminal investigation. Please come forward. You do need medical intervention. You need medical help.”

Belle’s body was found partially buried at 10 am on Saturday morning on Bell’s beach in Balbriggan by a female volunteer who was involved in a beach clean-up. A post-mortem found that she was born full-term but died a short time before delivery. Downey said they couldn’t yet say exactly how long Belle’s body had lain on the beach before it was discovered, but it wasn’t a lengthy time. He estimated it was “probably a day or so”. 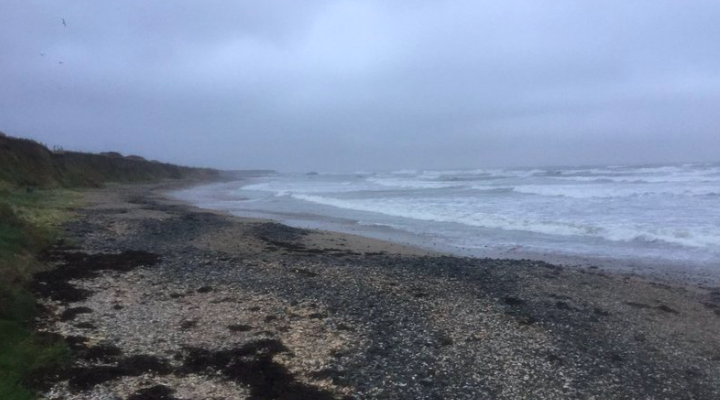 Of course, we recognise that this is a tragedy. But we are now also aware that the tragedy is two-fold.  Our thoughts veer between the sadness we feel when we hear about a stillborn child, and the silent struggle her mother must have gone through and be still going through. The scenario paints a picture of desperation, secrecy, urgency and fear. Perhaps that is why the language from the media reports is overwhelming gentle. The appeals are kind, the message is clear; you are not in trouble, we know this is hard, we want to make sure you are ok.

It is a stark contrast to the cold factual reporting we have seen in the past. We understand better now that lying your child on a beach after their death is not the only part of this story worth reporting. Nobody can argue that this is clear-cut. This news stops us in our tracks because of the depth of sorrow we know surrounds both mother and her child – however this played out.

Baby Belle died before she was born. She never had the chance to be – and we’ll probably never know why. Nor will we know the chain of events that lead to her being abandoned in her death. By now though, many of us have room in our minds for compassion. Societal shifts mean that we now also understand that somewhere there is a girl, probably a very frightened girl or woman who is going through a very distressing time. A person who is confused and overwhelmed and scared – who was pregnant and then wasn’t. Someone that felt a small heartbeat close to her own heart which then faded and stopped. A person who, in other circumstances, might have cradled her baby in her arms at this time. Hearts next to each other, still or not.

What drives someone to leave a tiny stillborn baby on a cold beach at Christmas? That is the saddest secret of all.