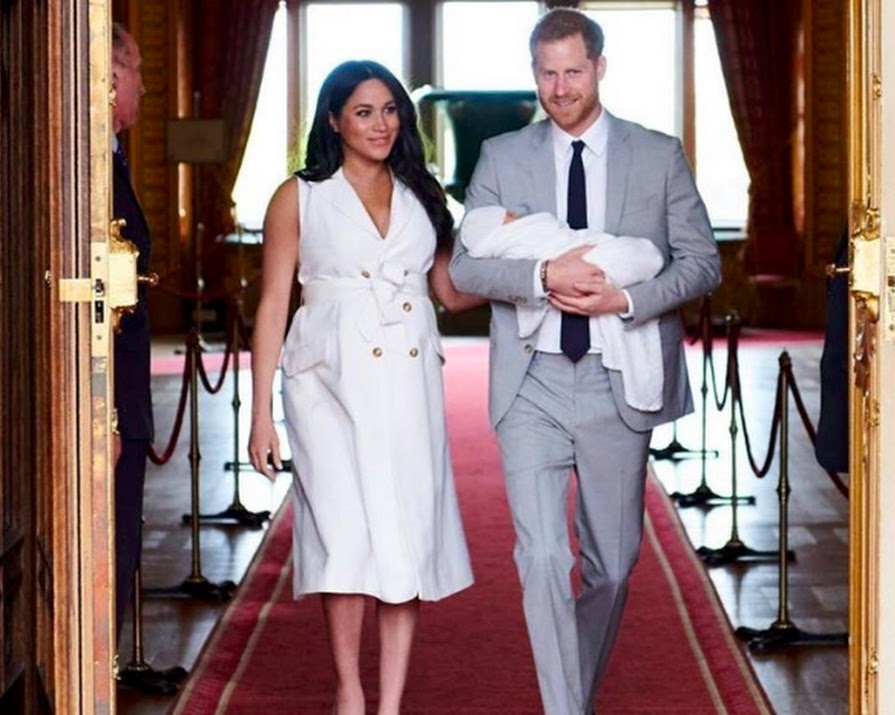 Just two days after giving birth to the newest royal baby, Meghan Markle made a public appearance with her newborn son. The pressure and exhaustion on her face was apparent, writes Amanda Cassidy

Bringing a baby into the world is no mean feat. You are at your most exhausted, most vulnerable and more than likely, not looking your usual stellar self. But while most post-partum parents get to cuddle up with their squalling newborn as they leak and bleed and cry (reality check!) and generally spill out all their hormones, there are those that don’t get the luxury of ‘lying in’ with their new baby.

When I first saw Kate Middleton on the steps of St Mary’s hospital in London after giving birth to Prince George, I admired her ability to ‘bounce back’ and to show the world that motherhood can be glamorous. She was ‘up and at ’em’. After I had my own first child my awe quickly turned to horror at the thought of having to stand in heels and a pretty dress while the world picked apart how I looked.

The measures the Duchess of Cambridge took to look camera-ready after giving birth were extensive – the blowdry, the perfect dress, the glossy but natural make-up. She, of course, looked high on life after the joy of having her beloved baby in her arms but the pressure to have to parade herself in front of the press at a time like that is pretty horrendous.

Related: Why Meghan and Harry called their baby Archie Harrison

The illusion of perfection

I applauded the fact that Meghan and Harry opted to have their baby in private. Arguably, they didn’t have the same pressure that William and Kate have when it comes to royal traditions. But when I saw poor Meghan looking beautiful but tired, squirming uncomfortably in front of the cameras in heels, my first reaction was deep pity.

You could tell that they were both delighted to show off their new son but with a weariness that was obvious to everyone. Does this pressure come from us? Of course, we want to see that the baby and Meghan are doing well but surely a photo would have done?

Motherhood is all kinds of special, but it is also a huge deal. You have just grown an entire human. Popping up looking ‘made-up’ in heels and a pretty dress to face the world is probably the last place Meghan wanted to be. She now lives in a world where she is bound by expectation and pressure.  Although little baby Archie is the cutest thing in the world, I’m sure we wouldn’t have minded waiting for a couple of weeks to see them in public. Surely we could have let them be alone as a family – that would have been far more relatable than a parade like we saw this week.