‘He was against me, on top of me so quickly with his hands under my skirt and his mouth on mine’

Do you believe her? Why didn’t she report it back then? Scepticism remains a barrier for those women who have come forward to report decades-old sexual assault. But why are victims of rape still being treated like the perpetrators? Amanda Cassidy reports on the newest strand of female activism -the #WhyIDidntReport movement.

“He was against me, on top of me — so quickly — with his hands under my skirt and his mouth on mine, that I froze. I lay there as he pushed himself inside me. The leather couch stuck to my skin, made noises beneath me. His breath smelled like coffee and stale bread. He didn’t use a condom.” Patti Davis says she didn’t tell anyone she was raped for decades. “Not a friend, not a boyfriend, not a therapist, not my husband when I got married years later.” The daughter of former US president, Ronald Reagan spoke this week in detail about her experience in an op-ed for The Washington Post. She said the emotional turmoil she went through immediately afterwards, and for years later, kept her from coming forward. “I don’t remember what month it was. I don’t remember whether his assistant was still there when I arrived. I don’t remember whether we said anything to each other when I left his office.” 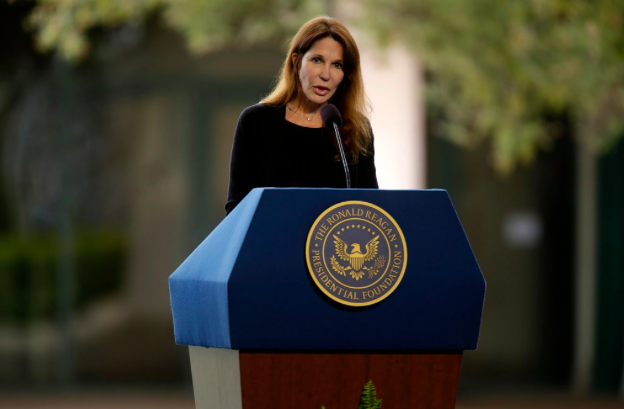 Who’s really in the dock?

Patti chose to speak so publicly about being raped 40 years ago in defence of Christine Blasey Ford – a Californian psychology professor who is accused of lying about being sexually assaulted by a man named Brett Kavanaugh when she was 15 and he, 17. What has thrust this particular case into the spotlight is the fact that Brett Kavanaugh is Donald Trump’s top choice for the Supreme Court. That shouldn’t matter in the context of the crime Christine claims was committed – but the reality is that it does. Christine is a Democrat who has made no secret of her dislike of Trump of her opposition to Kavanaugh’s conservative views. Kavanaugh has unequivocally denied the accusations.

This week Christine will be questioned in a televised hearing on Capitol Hill where she is expected to reiterate her claims that Kavanaugh groped her and tried to undress her while covering her mouth when they were teenagers at an alcohol-fuelled party in Maryland in the early 1980s.

Although Kavanaugh is the one who stands accused, it is of course, Christine who will also be on trial.

“It lives under your skin”

Republicans defending their Supreme court nominee have asked why Christine Blasey Ford never gave a date or venue for the party and never mentioned the incident until 2012 (when she brought it up during her marriage councilling sessions). Patti Davis believes such a traumatic experience at a young age can be processed in different ways. “Ford has been criticized for the things she doesn’t remember, like the address where she says the assault happened, or the time of year, or whose house it was,” Davis said. “But her memory of the attack itself is vivid and detailed. His hand over her mouth, another young man piling on, her fear that maybe she’d die there, unable to breathe. That’s what happens: Your memory snaps photos of the details that will haunt you forever, that will change your life and live under your skin. It blacks out other parts of the story that really don’t matter much.”

The reality is that NOT reporting sexual assault is typical. Part of this is the result of sexual assault victims fearing the repercussions of speaking out — the shaming, stigma, and retaliation, not to mention the difficulty of potentially reliving a traumatic event over and over in the course of an investigation.

We’ve seen this in the Kavanaugh accusations with pundits questioning Christine’s claims, digging into her credibility and threatening her personally. The truth is that the criminal justice system simply gives fewer resources to sexual assault crimes versus other crimes. In the US, only about 18 per cent of rape reports end in arrest – that’s compared to 41 per cent of reports of assault crimes leading to arrest, nearly double. But this isn’t a policing problem, this is a societal hang-up. It is only in recent years that police and our judicial system are now taking allegations of rape, sexual assault and sexual harassment more seriously with the rise of the #MeToo movement. 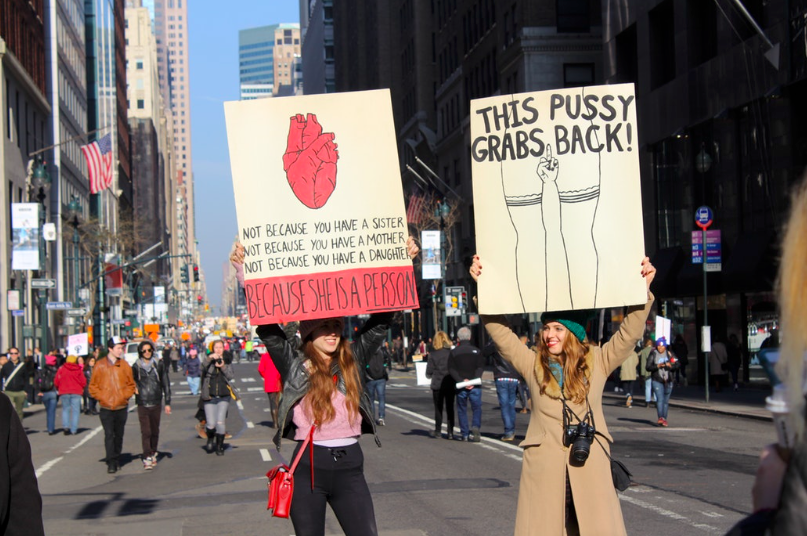 After Christine’s accusations, the internet was swamped with the hashtag #WhyIDidntReport. “I didn’t report by assault because I was scared, angry and convinced myself I did something wrong,” wrote Sarah Smith, a Democratic candidate for Congress. “I was 19. My story and the pain of women like me is not invalid because we were too shocked and scared to go to the authorities”. The actress Darryl Hannah wrote, “I did report it, it didn’t matter, I was disparaged and I still get blamed”.

And it isn’t just those in the spotlight. When I was 17, I was pushed into a bathroom at a party, groped and grabbed before someone heard me shout. It was the first time in my life that I felt so powerless. I found the experience traumatic, but I didn’t make a fuss or even think to take it to the authorities because I thought, in my naivety aged 17, that it was just what men did.

I’m sure, as women, we all have many, many stories of those moments in our lives – moments where we were harassed, made feel uncomfortable or even sexually assaulted.

The mistake I made was believing that it was acceptable. In fact, I chided myself for ending up in a position where that happened. My fault. I am now raising my daughters to know that this type of behaviour is not just wrong, but it is a crime. I tolerated it because I didn’t know better.

I applaud those who are fearless enough to step out of the shadows and to tell it as it is – even if it is 30 years later. How has it taken so long for us to understand that this behaviour won’t be tolerated?

Estelle Freedman is a history professor at Stanford University. She says that the #Metoo movement took off on social media, but that there is more to it: “It’s not technology alone, it’s also about the other contexts. It’s a gradual, accumulative process and then a tipping point. Among these factors is the election of a president who once bragged about “grabbing women by the pussy”; the increasing economic and political power of women in recent years; and corporate awareness of the national mood and worries about brand reputation. It is also suggested that because many of the women involved in the Weinstein revelations are famous, powerful and named, their testimonies are more credible and have encouraged others to feel they would also be believed.”

We are now part of a cultural moment where women are ready to stand up and say: ‘We are not going to accept what is unacceptable. It is not a sufficient response to say this is how the world is. We want to make a change.

We won’t ever really know what happened all those years ago at a teenage party in Maryland but what happens on Thursday when Christine Blasey Ford testifies in front of a panel will shape her life, as well as the current political landscape. Calling her a liar at this stage is not useful or progressive. This weeks hearing has all the echoes of the Anita Hill hearing which saw the lone law professor face down 14 male judges after she accused Justice Clarence Thomas of sexual harassment and lost. That was 27 years ago and one wonders how much has changed at all. To women in the room, it was Hill who was in the dock. 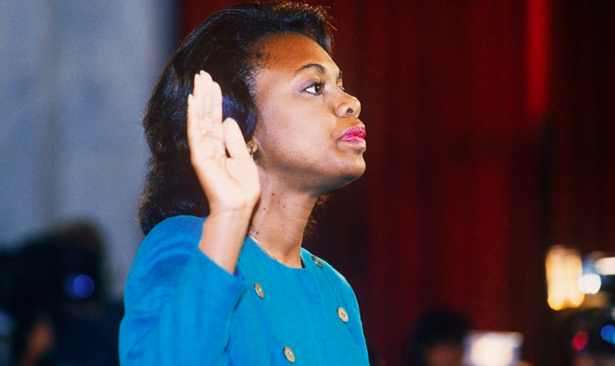 It is too soon to tell if this is the true dawn of a new era of society where sexism and misogyny will be replaced by equality or respect. But it is becoming more obvious that we are living in a period where change is slowing inching forward. The first step is that women are no longer accepting the unacceptable. There are tentative signs that there might just be a before and an after to all of this.