Australian actress, Toni Collette, has enjoyed the type of career which echoes a plot in an utterly feelgood rags to riches script. We catch up with her in advance of the Irish release of Miss You Already.

This high school dropout from the Sydney suburbs faked appendicitis so accurately aged 11, doctors removed a perfectly healthy, albeit useless, organ from her body. In the mid-nineties she landed the role of a young actress? lifetime in PJ Hogan’s cult classic Muriel’s Wedding, and was able to hand in her notice as pizza delivery girl. The story of young Muriel, an ABBA and wedding obsessed lost soul who tries to find herself by escaping the small town and toxic social group devoted to making her feel like dirt, has spoken to people around the world and continues to speak to generations of bullied people fed up of being victims. Muriel’s Wedding became a breakout indie drama and put Toni on the path towards one of the most varied interesting resumes in Hollywood. The Sixth Sense got her an Oscar nomination. She was the anchor of Little Miss Sunshine. And her Tallaght accent in Glassland would put most Irish actors to shame. 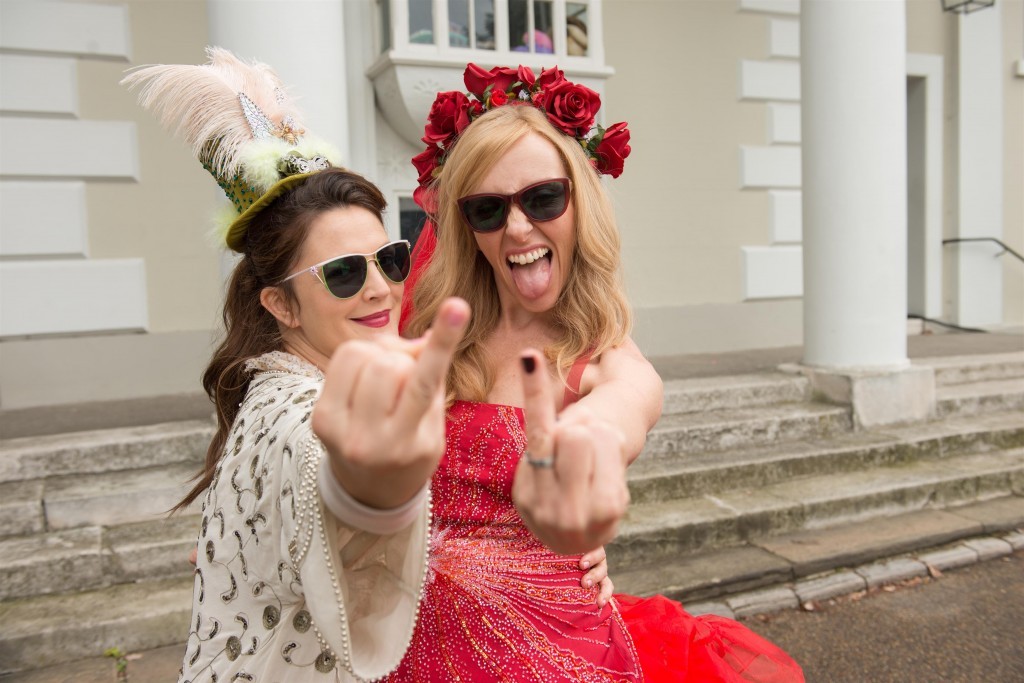 Her latest role is that of Miss You Already‘s Milly, a brash publicist who is diagnosed with breast cancer. Milly’s near-perfect existence is thrown. Her marriage suffers and her lifelong friendship with Jess, played by Drew Barrymore, comes under extraordinary strain. So much so that Jess hides her struggles with fertility from the woman with whom she used to share everything. Director Catherine Hardwicke, of Twilight fame, doesn’t hold back and presents an?unflinching look at a disease which affects lives on a daily basis. Treatment is an abstract happening off screen. We’re in this with Milly and Jess in technicolour 3D. Needles leave bruises. Hair doesn’t fall out in seamless strands. Supportive spouses aren’t on the road to being beatified. Collette’s performance as the woman at the centre of this is an impressive and sharply?honest whirlwind.

We caught up with the actress in the Dylan Hotel last Friday afternoon where she didn’t betray the exhaustion one must almost certainly feel when they spent the previous days?walking red carpets in Toronto and London. As the mum-of-two’says, “You get so used to us. I think when I was younger I felt much more?kind of jetlagged and tired. Now I’m like this is just how I exist.”

Some spoiler alerts below.

You tend to take on really emotionally exhausting characters. You had the television show The United States of Tara, About A Boy, Hostages last year, and then this role. Do they take a toll when you’re rehearsing and filming?

“Yep. (laughs.) There’s something about concentrating on mortality and considering it – but it was exhausting, yeah.?But where there’s a high, there’s a low, and vice versa. Emotional as they might be in terms of crying or feeling sadness, laughter is just another emotion. It’s also an explosion of something that you’re feeling.?What I loved about this story was that Milly feels everything. She’s such a maniacal, outrageous, very vital woman. I was able to explore so many different things.” 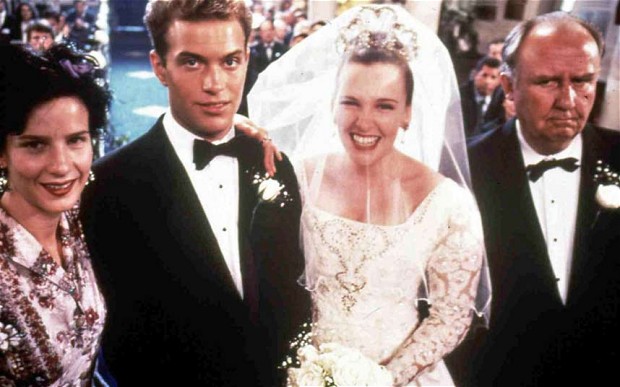 You famously put on a 43 pounds for Muriel’s Wedding and then for The United States of Tara?you hung out with very manly’men to research?the character of Buck (a male personality trapped in her female character’s body). How did you prepare yourself for the part of Milly?

“One thing that I loved about the script is that it isn’t about dying; it’s about love. It’s about female friendship and the strength between these two women. To me that?was obvious and inherent in Morwenna Banks brilliantly witty script.?But what I didn’t want to misrepresent or get wrong was the experience of cancer, because so many people are touched by cancer and I think it would be an insult to get it wrong. I’ve had friends who had cancer and survived, and those who didn’t. I realised in doing research for this movie that I knew fuck all about what they were going through. I thought I was supporting them. Its a very private personal journey. So I couldn’t get inside to understand what was going on and some people are not ‘so forthcoming talking about it, and maybe can’t even articulate it.

So many people are touched by cancer and I think it would be an insult to get it wrong.

“Catherine, the director, and I spent a lot of time with people who had cancer, or who were experiencing treatment, who had beaten it, family members who were supporting people affected by it, and then all kinds of specialists and doctors. We just tried to absorb as much information as possible and I think it really helped. I think the film is incredibly realistic and in speaking to all of those people who have since seen the film and they are blown away about how accurate it is.” 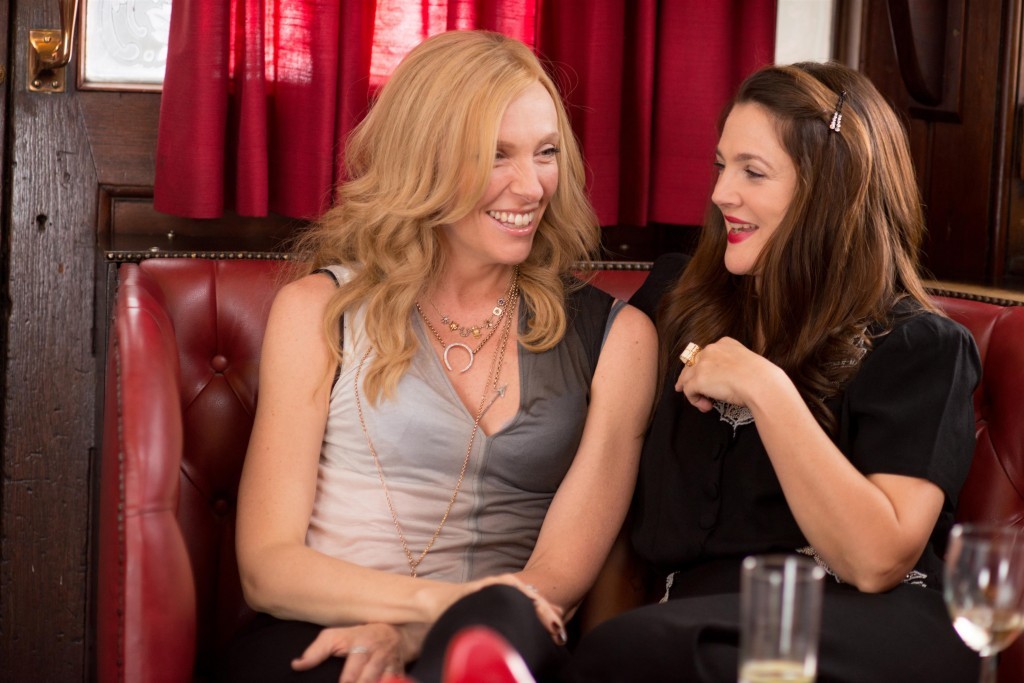 “Her priorities are so wrong!”

I was wondering – a character like that who is slightly self-obsessed.?She’s quite difficult at times and would seem like she’s making selfish decisions in some parts of the movie. Would you be friends with someone like Milly?

“Well, she’s also charismatic. She loves Jess just as much as Jess loves her. Despite as these spiky, narcissistic qualities, there’s also a lot to like. She’s outrageous. Everyone wants to be friends with someone who says what they want and gets up on the table and creates a stir and is very alive, a live wire. And that’s what made me want to play the character. She’s so complex. It’s not one thing or another, there’s so much going on.?I love that even though she gets sick, she doesn’t really change that much.”

When I said to people I was interviewing you today, everyone had a different reaction. My little sister was like oh my God it’s Harriet Smith from Emma, other people were “You’re interviewing Muriel!” Is there any role on?your CV that meant a lot to you, that you feel isn’t talked about enough?

“When you make a movie, my experience is the making of it. Just trying to make it as truthfully as possible and you can’t control what happens beyond that. Maybe Velvet Goldmine? Although it has little cult following. Todd Haynes is just such an interesting filmmaker and I find that glam rock period really fascinating and it was really fun to make, so I wish it had more of a life.

You do a lot of indie movies, but you also star in’mainstream films, like In Her Shoes as well as this. When you’re picking a part or a script, what type of characters do you gravitate towards?

“When I read (the script) I just get caught up in the story. I don’t want to be thinking… I don’t want to be thinking full stop. Because if I’m drawn to it then there’s the potential for an audience to also be drawn to it.?In a way, a film like this is rare, because it choose you. It’s this powerful connection. You can’t even quite understand and it just has to play out and it happens in a very emotionally available way. It’s always different. Basically I look for complex characters that have some kind of truth and heart, who feel human and real.”

In the past few years, women have been speaking out about sexism in Hollywood. Kristen Stewart is very open on how invasive the media is, Helen Mirren has slammed ageism against women, and then there was the fact Maggie Gyllenhaal was too old at 37, to play the love interest of a 55 year old. Do you think things are changing?

“It’s really wonderful that people are being outspoken because there is a ridiculous imbalance. We’re all sharing the planet here. Why are the men getting all the great parts and why are the stories male-centric? It’s just ludicrous. You have to make a noise to make a change. There seems to be a strength building behind it and things are changing slowly, but there is still a very long way to go.”

Miss You Already is in Irish cinemas this Friday, September 25th.

There is a special fundraising preview screening of?Miss You Already?tonight,?Monday 21st September 2015, at 6.30pm in the?Light House Cinema, Smithfield Square.?Tickets are??25 each, which includes goodie bag and a tipple at the pre-screening reception. If you want to make a proper gals? night of it, there’s a €45 ?best friends? double ticket early bird offer. Book tickets here.