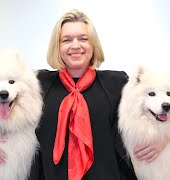 This Photo Wants To End the Gaza Conflict

This couple wants us to make love, not war…

The Israeli-Gaza conflict has been one marked by lightning rod images of destruction and tragedy as our newsfeeds announce the mounting death toll of civilians on a daily basis. As of today it is estimated that 804 Palestinians have been killed, mostly civilians including 15 people sheltering in a UN-run school that was allegedly shelled by the Israeli side. 32 Israeli soldiers and three Israeli citizens have also died during the conflict. Shocking images of the dead, especially of children, have prompted worldwide pleas for both sides to work towards ending the war. However one photo emerging from the conflict is going viral and restores our faith in this increasingly fractured world. On July 13th Sulome Anderson, a half-Lebanese journalist, posted a photo on an anti-war Facebook page of her and her Jewish boyfriend kissing holding a white page with the hashtag #JewsandArabsRefusetobeEnemies written across it. Anderson posted the same photo to Twitter.

He calls me neshama, I call him habibi. Love doesn’t speak the language of occupation #JewsAndArabsRefuseToBeEnemies pic.twitter.com/CpqwxNM6ys

?He calls me neshama, I call him habibi. Love doesn’t speak the language of occupation,? she writes plainly. The photo has been retweeted over 3500 times and is prompting a social media revolution with other couples following suit. In a piece for New York Magazine, Anderson writes honestly about what prompted her to get on board with the campaign. Her boyfriend Jeremy was raised Orthodox Jew while her mother is Lebanese. Politics has been the ?biggest stumbling block? in their relationship. When Jeremy lived in Israel he witnessed a bus bombing. Sulome’s role as a journalist has seen her visit the Palestinian refugee camps in the Lebanon and observe the ‘desperate circumstances? in which people must survive. As the tension in the region escalated in recent weeks so did the arguments in their relationship.

The decision to take part in the Jews and Arabs Refuse to Be Enemies campaign was also inspired by the experience of her father, Terry Anderson who was kidnapped in Lebonan in the 1980s and was a captive of Hezbollah for seven years. Sulome saw his ability to move beyond this experience and not hate his captors as a source of strength and a catalyst for this new type of social movement.

Backlash to the extraordinary photo accuses Sulome and Jeremy of trivialising and misinterpreting the real issues at the heart of the conflict. From our point of view these two seem like a pretty awesome couple and anyone striving for a peaceful resolution is worth praising.

What do you think? Can campaigns like this help stop war?