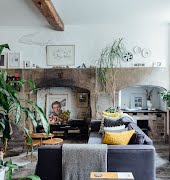 When Facebook first kicked off during the tail-end of the noughties, sending and confirming ?friend requests? was something you did without really thinking. Counting a couple of hundred people as friends who could see all your holiday photos was normal. (As was talking in third person.) Why wouldn’t you accept a request from that girl you chatted to in the smoking area of whatever club night 29-year-olds who didn’t get the adult memo still wax lyrically about?

As we grew older, and hopefully more mature, we became more circumspect about who we befriend. Growing concerns about?privacy filtered’down. We realised that 78 photos of a girls holiday in Portugal was only hilarious and interesting to the four people involved who got the inside joke involving the constantly present novely turtle fluffy toy. Carrying out an annual ?cull? of acquaintances isn’t so much Hunger Games, as healthy – not something that will trigger the Cuban Missle Crisis. Jonathan from your college course who you only ever interacted with on the annual Law Soc pub crawl will understand you don’t want to keep him in the loop regarding your staycations. He was indifferent towards you anyway.

However, this personal life grooming isn’t the main reason people unfriend people. A study from a team of researchers in The Hebrew University of Jerusalem and Tel Aviv University found that 16% of unfriending occurs because of political views. Now, it should be pointed out that the circumstances of this study, entitled I Don’t Like You Anymore, are a little bit different from most. First of all the 1103 users surveyed were Jewish-Israeli in a region known for its political divides. Secondly, the survey was conducted after the 2014 Israel-Gaza conflict. It was a time when emotions were naturally heightened. Every citizen of the globe had an opinion – in fact 50% of the respondents were more active on Facebook during the period in which the bombings took place, sciencedaily.com reports.

Those who chose to click unfriend tended to be more idealogically extreme and less supportive of free speech. One of the authors of the study, Nicholas John of The Hebrew University of Jerusalem, said that this can represent a worrying trend. ?By unfriending we are further contributing to the formation of echo chambers and filter bubbles,? he said. ?More than that, these findings suggest that the people most likely to unfriend are younger, more politically active, more active on Facebook, have lots of Facebook friends, and have more extreme political views?these are important people in online discussions.”

In one way, we can see his point. It is important to keep one’s mind open and to consider all viewpoints. But what about when you truly can’t abide the words you are reading and hearing? What if you view certain messages as incitement? It’s a tough call to make. Should you be tolerant, or protective of your sanity? Considering some of the carry-on in the marriage equality referendum and the constant debate around abortion, social media is fully capable of becoming an unsafe space and doing a bit of weeding on Facebook means you aren’t inudated with screeching voices.

Do you unfriend when someone posts politically triggering material?