Four things we learned from the new royal family documentary

A new royal family documentary, entitled Queen of the World, aired on ITV last night. It shared some never-before-seen footage of the English monarchy and tidbits from royal life. Naturally, we were glued to it. Here are five things we learned:

Princess Anne, the Queen’s only daughter, is sassy and to-the-point. During the documentary, the 68-year-old says she’s not a fan of doing ‘walkabouts’ with the public. Walkabouts involve the royals meeting and greeting members of the public, but Anne feels this breaks royal etiquette. “The theory is,” she says, “you couldn’t shake hands with everybody, so don’t start. I kind of stick with that… but I notice others don’t,” she adds pointedly, as a clip shows her brother, Prince Charles, shaking hands with some commoners.

Related: Meghan Markle’s ‘something blue’ was hidden inside her wedding dress

The princess goes on to say she’s fed up with the public’s obsession with taking pictures during walkabouts. “Phones are about enough, but the iPads? You can’t even see their heads. No idea who you’re talking to. I either don’t bother, or I’ll say, ‘If you want to ask, I suggest you put that down’. People don’t believe they’ve experienced the event unless they’ve taken a photograph.” She makes a valid point. 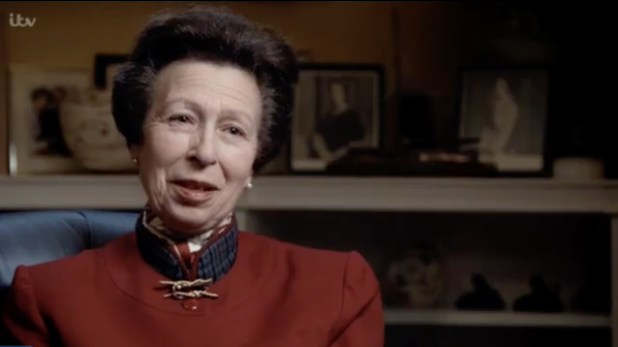 Some of the household staff at Buckingham Palace are there on scholarships. For a period of six weeks, eight scholars from across the Caribbean join the Master of the Household’s Department at the Palace (and at Windsor Castle) to help with several royal events. According to the royal family, the scholarship aims to develop individuals’ skills through practical experience, as well as to build relationships around the Commonwealth.

The documentary shows Prince Harry meeting with some of the Caribbean scholars at Buckingham Palace. He is warm and witty, making sarcastic jibes about the bedrooms and being intimidated by his grandmother, the Queen. See the clip below:

The documentary focusses on the Commonwealth; showing the international work of the Queen, as well as that of her successors. One section describes the family’s need to travel between each of the 53 Commonwealth countries, showing how they maintain their homely comforts on the road.

“It takes over an hour to iron one sheet…”

Christine MacIntyre, master of the household at Rideau Hall in Canada, is responsible for overseeing every aspect of a royal visit. She says, “After a long day of travelling, there’s nothing better than going into a bed that doesn’t feel like a hotel bed. And that’s what we’re trying to do; to make it feel like they’re in their own bedroom.”

She goes on to say, “There are special sheets that are used for members of the royal family, and they are kept aside and brought out only on the special occasions when they’re here. It takes over an hour to iron one sheet.” 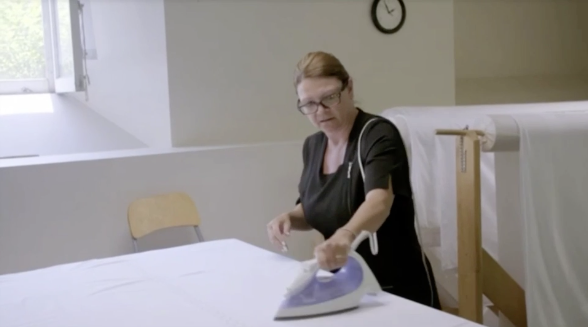 The Commonwealth is extremely important to the royals and Meghan Markle wanted to honour that during her wedding with Prince Harry. The former actress points out some intricate embroidery on the foot of her wedding veil; explaining how each of the 53 Commonwealth countries is represented in the form of flowers. “It was important for me to have all the 53 Commonwealth countries incorporated, and I knew that it would be a fun surprise for my now husband, who didn’t know,” she said.

The now-Duchess of Sussex added, ”He was really over the moon to find out that I would make this choice for our day together,” she says. “And I think the other members of the family had a similar reaction, and just appreciation for the fact that we understand how important this is for us, the role that we play, and the work that we’ll continue to do in the Commonwealth countries. I hope people like it as much as I liked helping to create it.”

Part One of Queen of the World aired on Tuesday 25th September at 9.15pm on ITV. Part two is expected to air next week.

Photos via Queen of the World, ITV