The thank you emoji saw an 89% increase

Friday July 17 is World Emoji Day (who makes these days?) and Twitter have shared some details of the emojis we’ve been using.

While we’ve connected more to the WiFi over the last few months than to each, Twitter have been documenting the emojis we’ve been using during our 280 character conversations. 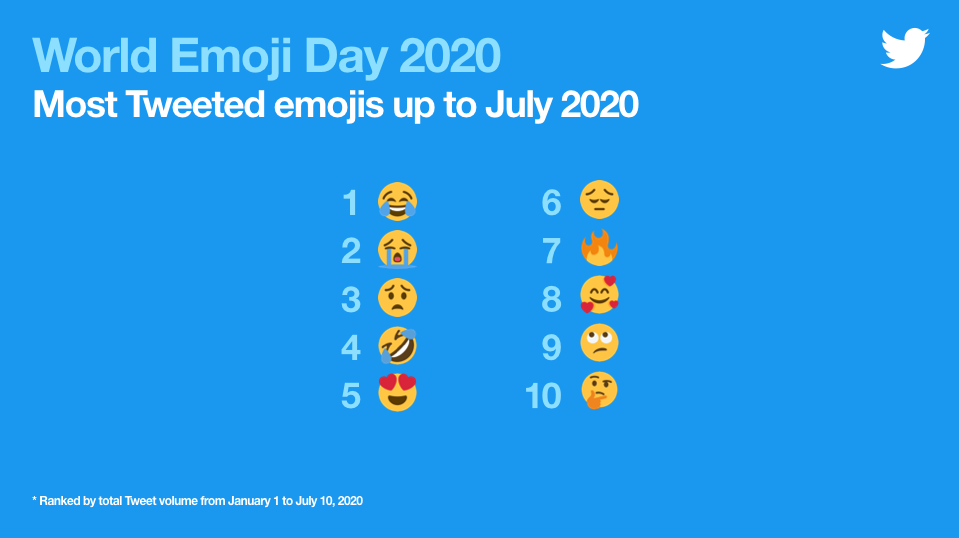 The most used emojis around the COVID-19 conversation included the house emoji, clapping hands emoji and the stressed face emojis. The germ emoji has also seen as a rise too, and somewhere deep on Reddit is as conspiracy theorists thread suggesting that the very existence of a germ emoji is an indication that coronavirus is a covert biological weapons plan. 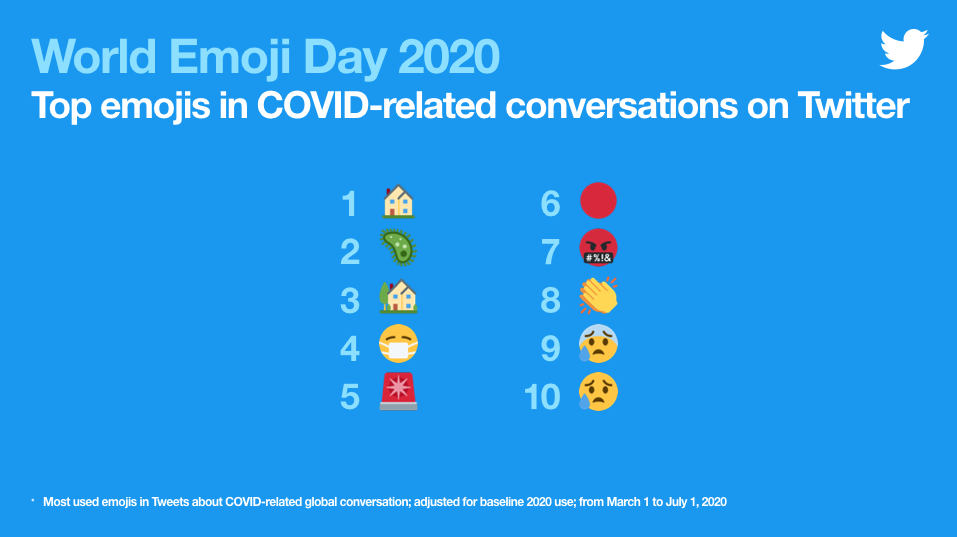 The trolley emoji has finally had a chance to shine in the spotlight, as has the toilet paper emoji and the mask emoji. In lovelier news, as we took to social media to let the frontline workers know that we should be applauding them every single day, the thank you emoji saw an 89% increase from 2019 to 2020.

Twitter launched an emoji too for the millions of Tweets expressing gratitude, a heart hands emoji activated by using #thankful and #grateful. Other special emojis recently launched on Twitter include #WashYourHands and #StayHome, developed in partnership with the WHO and used around the world.

However, there was no emoji which united us as much as the Connell’s chain emoji.

Read more: 7 things we don’t miss about working in an office

Read more: 8 dreamy prefabricated homes that will have you seriously considering modular living

Read more: What does the Phase 4 delay mean for couples awaiting their wedding?

‘We have opportunities every day to be creative’: Lilly Higgins on the cyclical nature of crafting