‘The reality is that I’ll probably die on these streets’

Homelessness is about more than not having a home. It is also a loss of roots and identity and the absence of a sense of belonging. Amanda Cassidy speaks to those who have nowhere to call home.

Joe has a small pinched face and a wide smile. I guess he is about 60 but he tells me he is 45 next month. He is dressed in his only outfit – black pants and a faded Nike t-shirt. He smooths it down self-consciously as I introduce myself.

We are in Dublin city and I’m speaking to some of those who live on the streets to get an insight into the reality of life on the streets. Joe speaks more in fragments than sentences. It is not that he isn’t friendly, but our conversations are staccato, hard to follow and he steers conversations away from his personal life (I later learn that he grew up on a council estate and is a former heroin addict).

Joe guides me to some of the places he sleeps at night – pointing out the least smelly, the driest, and the places he felt safest (in the doorway at the back of an apartment block). “Do you ever go to shelters”?  I ask him.

“I’m not looking for any hand-outs, I go inside when the weather is bad enough. I keep my head down, you know. I’ve been here so long, I know I’ll probably die on these streets.”

He laughs when he says this but we’re both quiet as we shuffle past the city’s darkest corners. 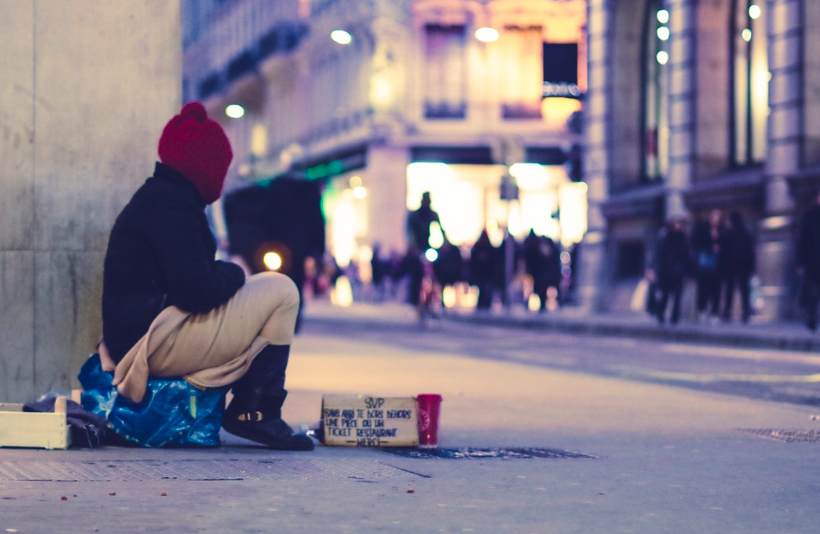 It strikes me that the apartment block he sleeps beneath is one of those that rose almost overnight during the Celtic Tiger – the boom decade that ended with the financial crash and bank bailouts. But we’ve now come full circle – our economy is near full employment and new figures have shown for the first time since the crash that more Irish people have returned to Ireland than have emigrated.

We live in a more progressive society in many ways – the abortion ban has been lifted, we’ve legalised same-sex marriage but underneath our shiny progressive image remains our biggest shame – homelessness.

It is no secret that our housing system is broken – smashed from the lack of social and affordable housing being built, spiralling rents and a government afraid for too long to burn its hands on this hot political potato.

It would be too simplistic to believe that getting help for those in a situation like Joe’s is just about providing affordable homes. There are a plethora of problems that lead to rough sleeping. But the danger is that the system is leaving more and more people without options when it comes to having a roof over their head. It seems like a smart place to start in order to elevate all sections of society.

When we read about homeless figures, it might describe those in flux, those living in hotels or emergency accommodation. Homeless doesn’t always mean that families are panhandling on the streets… yet.

But at the heart of the issue is the lack of housing stock. “There is growing commodification of housing, we’re seeing more vulture funds moving in, says Niamh Randall from the housing charity, The Simon Community explains.

But the private rented sector doesn’t have the supply to respond.

Of course, the government is making all the right noises. Rebuilding Ireland – the Government plan to bring housing construction in Ireland from close to zero when it started, to a minimum of 25,000 new homes being built each year from 2020/2021. It promised that figure would rise to 35,000 new homes from 2022 under Project Ireland 2040.

But that was before covid.

And despite all the talk of bringing vacant units back into stock, we don’t even have a vacant homes strategy published.”

Speaking at a Focus Ireland conference in Cork in a year ago, broadcaster and economist David McWilliams said Ireland has to house the equivalent of a town like Clifden every month for the next fifty years if we want to solve the homeless crisis. “This crisis can be fixed by imagination and common sense. Seeing all the links and realising that cleverness and intelligence is not only the preserve of policymakers who tend largely to be from the best boy and girl in the class school of education.

We need to listen to developers as well and builders. Fellas and girls that don’t have degrees but who have practical sense. We need to broaden the church and listen to all these ideas.”

McWilliams also spoke of his frustration at how many vacant or derelict sites still existed. “There is wholesale dereliction. Why is that? Because there is no penalty to not using land. Land is an economic resource. You either use it or ignore it. There is nothing else.”

It is an understatement at this point to say we have a homelessness crisis. You’ll remember 28-year-old Margaret Cash and her children were forced to sleep at Tallaght Garda Station a few years ago due to the lack of emergency homeless accommodation at the beginning of the summer. Her story hit the headlines when pictures of her children sleeping on seats in the waiting area of the station were circulated on social media.

The family had been in emergency accommodation for over a year after her landlord went bankrupt and their house was repossessed. 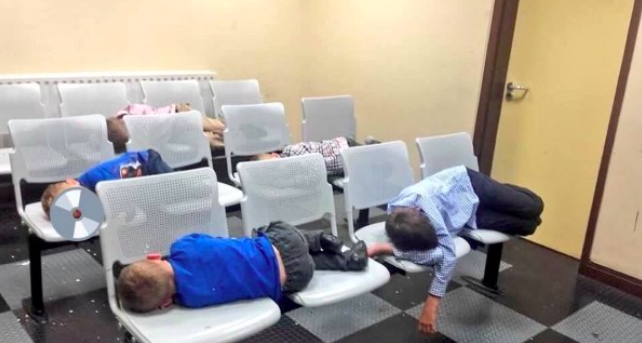 Perhaps part of the problem is that the general public only seems to see the sharp face of homelessness in our cities – cases like Joe who mistakenly believes he is beyond help. But whether it is couch surfing, sleeping in the darkest corners of our city or having your children wake up on hard Garda station chairs – homelessness is not a choice made by the individual (no matter how many people perceive it like that.

It is a reality forced by government policy, a lack of focused resources and limited collaboration between health and housing officials.

The mark of a truly progressive society is being able to look after the most vulnerable around us – to literally shelter them from the challenges that they face.

Some of the organisations picking up the pieces include Merchants Quay Ireland. In its annual review for 2017, it found that there continues to be a rise in the number of people availing of its services across the board. MIQ provides outreach and drug rehabilitation in Dublin’s south inner city as well as food and medical support.

Former boss, Tony Geoghegan says it works. “You don’t hear as much about those who have come through the other end, that have gotten support, that have gotten a leg up, maybe gotten into treatment and maybe moved on with their lives. That does happen … but we do need to place a greater emphasis on that.

“Society’s role is not to find fault or to judge but to help people to find themselves in extraordinarily difficult circumstances.”

Being homeless means a lot of different things to different people. But we are all in agreement that ending homelessness needs to be a priority. Let’s not kid ourselves into imagining that legislating Airbnb properties is the problem. That’s like trying to mop up a burst damn. Ending homelessness requires an integrated strategy that includes prevention, new housing, health and social care (currently, those without fixed abode find it hard to even register for GP care).

Let’s start building houses and stop pushing pens. The mark of a truly progressive society is being able to look after the most vulnerable around us – to literally shelter them from the challenges that they face.

Before I leave Joe, I ask him what’s the biggest challenge he faces living the way he does.

He pauses for so long that I think he hasn’t heard me. Then he finally speaks. He doesn’t say mental health problems, or addiction or even getting physically assaulted by strangers, he says something that breaks my heart as I walk back to my own home.

“Loneliness. It gets awful lonely sometimes here on my own.”

We cannot abandon those that need us the most. We’ve left them alone for long enough.

Read more: We are angry, we are frustrated, we are stuck

Read more: Why I’m moving out of the Dublin housing rat race