The Queen unveils her beautiful Christmas decorations at Windsor Castle

As it’s December 1st, many of us will be officially making the festive season by putting up our Christmas trees. Queen Elizabeth II is one step ahead having decked Windsor Castle for the Christmas period.

After almost a year of planning and preparation, decorations have been installed by the Royal Collection Trust in the Lantern Lobby, the State Dining Room, the Grand Reception and the castle precincts.

The magnificent 20-foot-high Nordmann Fir tree, taken from Windsor Great Park, which stands in St George’s Hall every year, is a focal point of the decorating.  Decorators had to use ladders to cover the tree in gold trimmings as well as crown ornaments – tiny replicas of the Imperial State Crown, which Queen Elizabeth wore for her 1953 coronation as well as the Opening of Parliament Ceremony every year.

Those who make a visit to Windsor Castle will be able to admire the spectacle as well as a royal exhibition – the castle is also playing host to a grand Royal Wedding exhibition to celebrate the marriage of Prince Harry and  Meghan Markle, which took place in May. 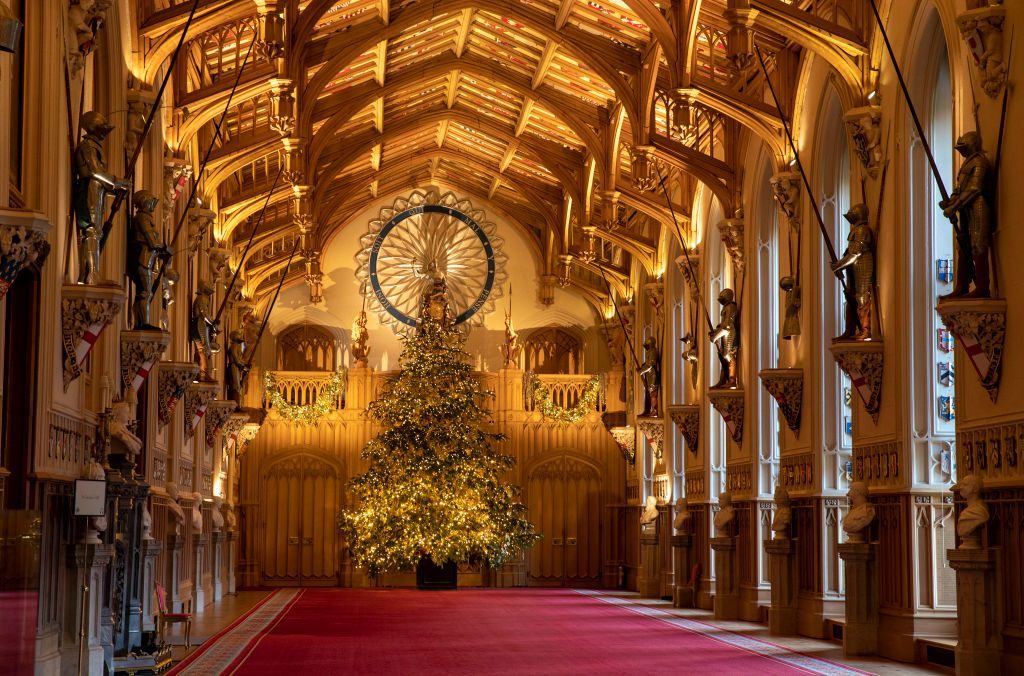 “The castle itself provides unlimited inspiration in terms of scale and colours, from the richly upholstered furniture to the intricate gilding work of the castle interiors,” Theresa-Mary Morton, Head of Exhibitions at Royal Collection Trust, told Country Living.

While it is often said that Queen Victoria’s husband, Prince Albert, introduced the idea of having an evergreen tree as a centrepiece of the royal holiday celebrations, the practice had actually existed in the royal household for around 80 years.

It all began when George III’s wife, Queen Charlotte, who was raised in Germany, “transformed the ritual into a festive spectacle that could be enjoyed not only by family and friends but by the wider court,” when she arrived at Windsor.

And while the public will be free to admire this, the royal family will be elsewhere; each year, the royal family joins Queen Elizabeth at Sandringham Estate in Norfolk, England, for Christmas celebrations. This year will see the addition of recently married Meghan Markle, who will reportedly be joined by her mother Doria after accepting a personal invite from the Queen. 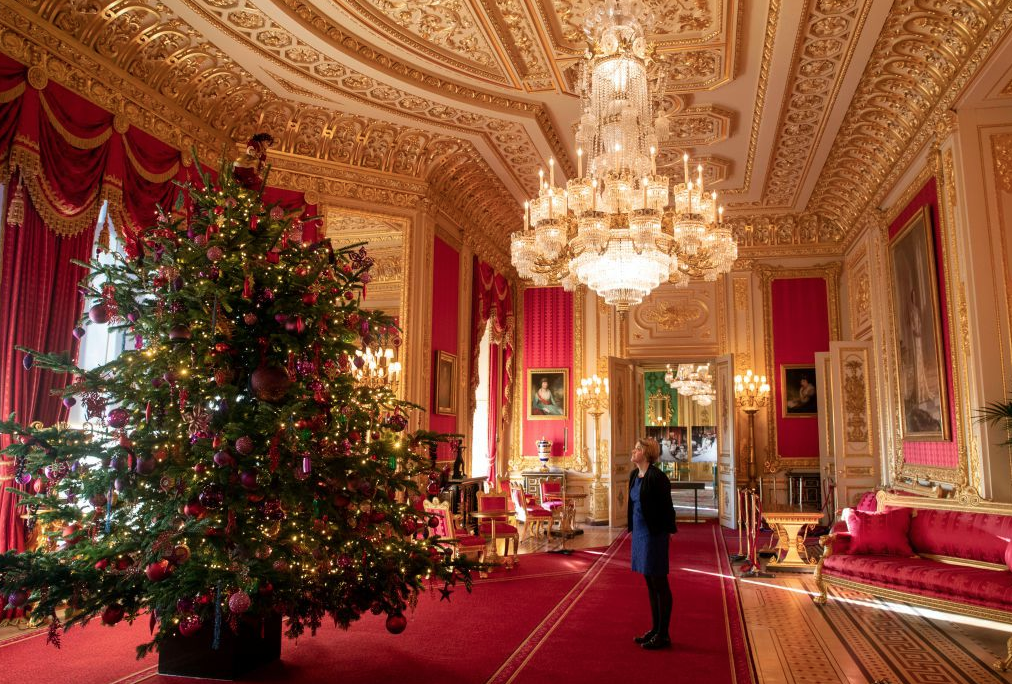 A source close to the family says that the invitation is a “mark of [the Queen’s] respect” for Meghan, an acknowledgement that she doesn’t have any family in England.

At any rate, it seems the decorations have gone down a great deal better than Melania Trump’s choice of festive decor, whom many compared to the likes of The Handmaid’s Tale.