A busy shift at the Fumbally Caf? means pretty much every dish sells out. After closing up, owners Luca D?Alfonso and Aisling Rogerson and their staff relax and mull over the day over a glass of wine. ?We prepare for war every day,? Luca jokes as he rolls a cigarette. However, step inside the Fumbally building – from the exterior an unprepossessing Celtic Tiger casualty, which lay empty since it was built – and it’s clear the atmosphere is anything but hostile. Warm and friendly and humming with hipsters, yummy mummies and the local business community, it’s a hugely welcome addition to the local area. 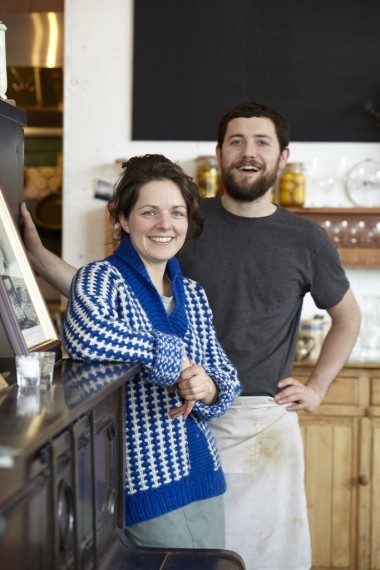 Aisling and Luca are nearly a year into their new venture, but when they opened last summer they weren’t convinced their Dublin 8 location would work. ?The day before we opened, I had a panic attack. Everyone was saying ?Are you sure about the position? You’re mad!?? Luca recalls. They may have been unsure about the caf?’s geography, but almost overnight it became one of Dublin’s most popular foodie destinations serving up Mediterranean and North-African inspired simple and seasonal dishes.

Panic attacks are now a thing of the past as from the moment you walk in the door, it’s clear the Fumbally is something special. Mismatched tables are meant to be shared – community of locals, artists and suits sit cheek by jowl and can’t get enough of the delicious food and laid-back atmosphere. The decor is simple and homely – a bit like Granny’s parlour – yet it works and the quirky, kooky design combines industrial lighting with lofted ceilings, whitewashed walls and sweet knick knacks picked up from flea markets and auctions. 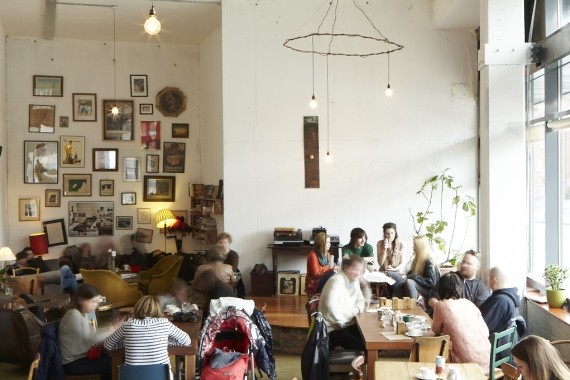 Both self-taught cooks, Aisling and Luca started off selling their favourite foods at the Dublin Food Co-op and festivals. Later, they went travelling and discovered a passion for street food – falafel in particular – and were so inspired by their travels decided to open a falafel restaurant on their return. However, their vision soon expanded when they came across the Fumbally building. ?It wasn’t what we originally planned at all,? Aisling reveals, ?but you know how things twist and change over time. It was going to be a lot smaller, but then we discovered this space and all the plans got expanded a wee bit. And with that we extended our vision for the menu as well.

??Everything on the menu is really simple, but tasty and really fresh. The specials are where we play around a little bit. A really important part of a kitchen is keeping yourself interested, or there’s not going to be any love going into the food anymore.? 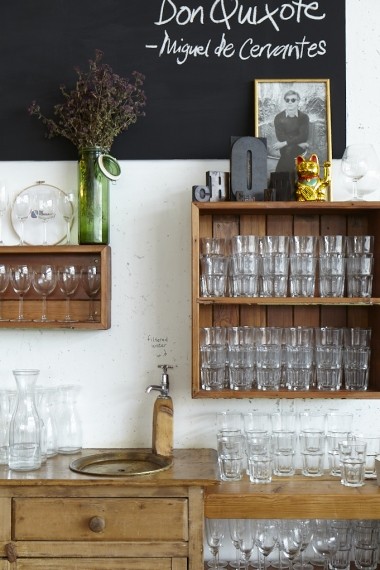 Unusually, Aisling and Luca have decided to buck one of the restaurant industry’s biggest trends and you won’t find them on Facebook or Twitter, as they prefer instead to put resources into training their staff. ?When we were opening The Fumbally we discovered Ted.com and were inspired by a video about the dangers of Facebook. So we don’t have a Facebook or Twitter account, we’re going against traditional marketing tools and we prefer to use the the money more for training our staff.?

To add to the overall quirkiness, the cafe closes at 5pm each evening, and doesn’t open on Sundays. ?We like to have lives outside of our work,? Aisling explains simply.? And that philosophy is helping to turn the Fumbally into a community. ?When we started the Fumbally we had a certain outlook and ideal,? Aisling says. ?It’s not a faceless place where you’re coming in to eat, it has a personality and it has ideals. It’s adhering to a certain way of living…of a nice balance of life and work and that those two things should be beautifully and harmoniously combined. A lot of people are attracted to that.?