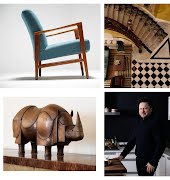 The Eighth Amendment: is democracy being reduced to likes and shares?

The rise of social media has entirely changed the way we engage with current issues and politics. But the shift of activism and political agenda to the online sphere presents some new challenges. Amanda Cassidy reports.

Who knew we would have our very own homegrown Facebook-gate in the midst of our upcoming vote on abortion? The social media giant announced last week that it was banning all ads from foreign sources relating to the referendum. Many of the anonymous accounts were not affiliated to either of Ireland’s official campaigns which raised concerns over who exactly is behind the advertisements. Perhaps it was something we all should have anticipated, after all, we live in a time where foreign interests can easily deploy social media to influence democratic politics. With just less than two weeks to go until the referendum on whether or not the Eighth Amendment to our Constitution should be repealed, the real fight is now happening online. And not everyone is happy about the way it’s playing out.

Last week, Facebook issued a statement banning referendum-related advertisements from groups based outside Ireland in a move which testifies to the deep-seated and very real concerns that such advertising could distort the outcome. It is the first time we’ve seen this type of action being taken since the company’s rap on the digital knuckles for allowing misinformation and outside interference in the US presidential elections two years ago. The company said “We understand the sensitivity of this campaign and will be working hard to ensure neutrality at all stages. Our goal is simple: to help ensure a free, fair and transparent vote on this important issue.”

But doesn’t this risk blurring the lines for free speech on their ‘ideas’ platform?

Where is the line in the sand for material that is deemed appropriate for advertising and when does it it turn from seeking commercial gain to shaping political ideas? Who decides what is allowed and what is banned? More importantly, how much have the company already made from these ads?

Describing the platform as neutral might eliminate one kind of bias but the very nature of deciding to ban one another risks creating other vulnerabilities in our society. We already know that the algorithms  – a form of AI – puts the information in front of a user based on their behaviour. In a recent study looking at bias on social media platforms during the US elections, Robert Epstein found that searches on Google ranked pro-Clinton articles ahead of positive articles about her opponent, Donald Trump. Despite, shaping history to the contrary, it still means we are relying on a bot to decide what news reaches the eyes and ears of the public in an increasingly Google-Facebook-Twitter media environment.

An era of activism

Google also put a ban on all referendum-related advertising for both those in Ireland and outside the country across the search engine and YouTube. Using social media to bolster support or convince voters one way or another is a relatively new phenomenon here.

We saw the effectiveness of how organic political messages were being spread when it came to the same-sex marriage referendum. Suddenly, being socially aware didn’t just mean participating in activism, now we were able to broadcast that activism.

Adding our own views to the political noise became popular, normalised and almost expected – especially when it is a perceived progressive and open-minded standpoint. Now just three years later, this sophisticated technology has evolved even further. The audiences being reached instantly with a politically-loaded status update or tweet is mind-blowing. One tweet by Barack Obama quoting Nelson Mandela got over 4 million likes within the first 3 hours of tweeting it.  The problem is that here in Ireland, we don’t have boundaries in place for how digital activity can play out when it comes to political advertising. Ireland forbids foreign spending in campaigns and prohibits political advertising on television and radio. Because online is still a weak point for regulation and because abortion is such a hugely divisive subject, groups from elsewhere are lending their support to attempt to influence the vote online. In addition, online ‘ads’ are not always straightforward.

And then there is Twitter – the real frontline for political activism and ideological influence. Many believe that this is where the battle is really being played out. This week, the @Ireland Twitter account, which has over 66,000 followers was one of those battles. The account is written by a different person each week. An anti-abortion activist was removed from the account after it emerged that she worked with an organisation accused of running misleading crisis pregnancy agencies. The account curator, Darragh Doyle issued a statement saying that those who sign up to run the account have to disclose if they have any links to such groups. But why shouldn’t organic content be a conduit for healthy debate? Does a popular vote mean it is the right vote? Twitter is also a way for those in the spotlight to reach a very wide audience. We have never seen so much activism from those we place on a pedestal. In the online world, celebrities have lent their support to each side of the debate. Is this gaming the system too or is it only if advertising funds change hands?

Organic content can also spread misinformation. That’s why seeking independent facts is down to the individual rather than relying on a shared social network for education. How we communicate has changed massively over the last few years. This referendum has highlighted some serious gaps when it comes to the online regulation of electioneering. This may be our new reality, but don’t underestimate how easy it makes it for those looking to control the information we receive. Independent thought, self-education and individual introspection have never been more important.

You will find more information on the upcoming Referendum on abortion from the Government here.