Our little country is brimming with artsy delights this July. It’s time to soak up some culture, here are our five favourite festivals and exhibits from around Ireland …

The highly?anticipated Galway Arts Festival is touted as a?creative collision of performance, music, visual art, theatre and spectacle. And while there’s so much to see and do, we especially recommend seeing the One Hundred Years and Four Quarters exhibit by Hughie O’Donoghue. 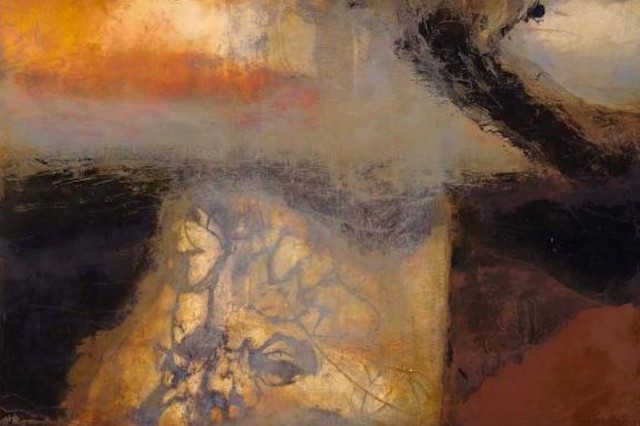 British-born but immersed?in Irish culture having spent many a summer in Bangor Erris, County?Mayo, O’Donoghue is renowned for expressing human suffering through his paintings. He earned an honorary doctorate from UCC, is a member of the Royal Academy of art, and a member of Aosd?na – established by the Irish Arts Council to honour?artists who have made outstanding?contributions to the creative arts.

The exhibit depicts the 1916 Rising through painting, painted construction and sculpture. Inspired by Japanese film-maker Akira Kurosawa’s 1951 movie Rashomon, a Samurai’s murder is recounted by four characters; a bandit, the samurai’s wife, his ghost, and a woodcutter. In ?O’Donoghue’s rendition the four characters are a soldier, sailor, peasant, and revolutionary. Each account contradicts the other which exemplifies the transient nature of truth. A discussion with O’Donoghue takes place in the Festival Gallery on the 13th of July at 3pm. 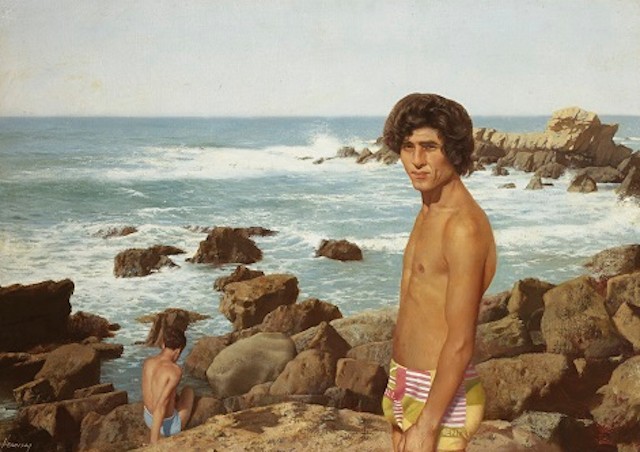 Kassim By the Sea, 1978, oil on canvas. Image courtesy of Whytes, The Artist’s Estate.

Fusing realism, surrealism, Patrick Hennessey’s work led him to be branded as ‘something of an outsider’. Painting male nudes, handsome portraits of African men, and isolated figures in landscapes, his work was neglected due to its subjective nature. However, the IMMA Modern Irish Masters Series re-explores the artist’s work, De Profundis, and celebrates his authenticity and engagement with the 1970’s international ‘queer-art’ movement. Today his work is seen as an admirable expression of his sexuality and the times in which he lived. 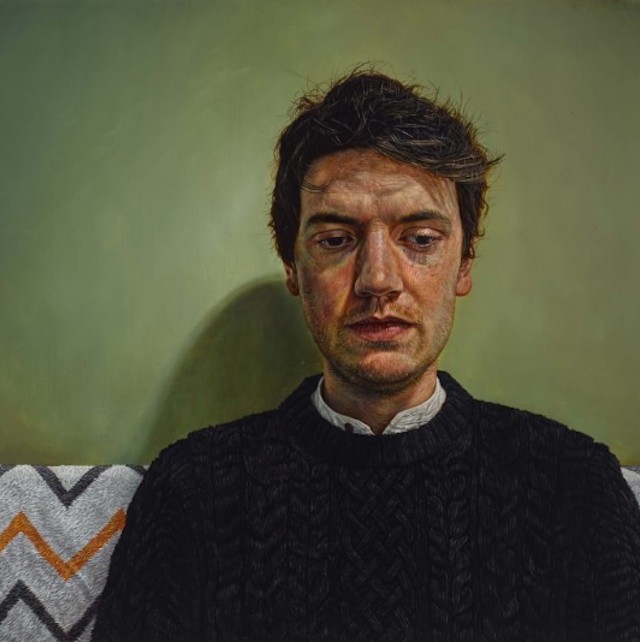 The multidisciplinary, bilingual Made in Donegal Earagail Festival takes place throughout July, in Donegal. Created as a means for cultural exchange, this yearly?event is expected to be a magical experience, with national and international artists taking up their post in forests, by the beach, hill tops, as well as?galleries and theatres. Daniel Nelis’s Boy with Blanket can be seen at the The Look of the Irish exhibition, an evocative display of paintings which examines Irishness,?and cultural milestones since the Rising. The festival will end?with street art display and circus: Northern Lights.

The Cr? Graduate show, curated by Gus Mabelson, exhibits two years of hard work from the DCCoI Ceramics Skills and Design graduates. Cr?, meaning earthen or clay, is another example of the Design Craft Council’s efforts to celebrate and support innovation and diversity among Irish artists. The course’s ten graduates will showcase their contemporary works, from handcrafted tableware, sculptures to musical instruments. The DCCoI has created a platform that highlights Irish talent, its changing identity in modern Ireland, and the ever-growing need to endorse craft markets, in this instance – ceramics. You can view and purchase items at the exhibit from?15 July-1 August 2016. 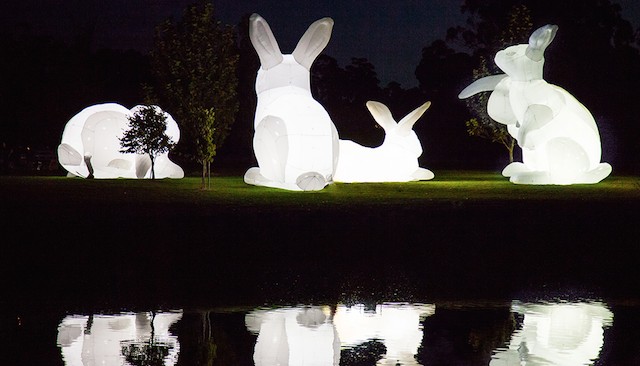 Who wouldn’t be excited about 23 feet high inflatable nylon bunnies? Australian-born artist Amanda Parer has been hopping across the world with her Intrude project?and is making a pit stop at the Clonmel Junction Festival in Kickham Barracks. And though these rabbits stir childhood nostalgia, in reality, Parer highlights that these little creatures were introduced by settlers into Australia, impacting negatively upon the country’s endemic species.

Intrude demonstrates that despite the obvious damage to our environment, the elephant – or in this case – the rabbit in the room is being ignored. These large?luminous bunnies serve as static beacons of truth. Check out the?programme for more cultural joys.