In case you were ever in any doubt that Taylor Swift is one of the most genuine and kind-hearted people in the music industry, this latest story ought to melt your stony-hearted prejudice in relation to the pop star.

Today, People reports that the Shake It Off singer donated $50,000 to a young fan who is battling acute myelogenous leukemia. 11-year-old Naomi Oakes story came to Swift’s attention in recent weeks after Naomi’s family posted a video to YouTube about her illness. Naomi has to be hospitalised for 6-9 months because of the aggressive treatment she’s undergoing. As a result she’ll miss Taylor Swift’s August concert in Phoenix, Arizona in August. Naomi is such a fan of Swift that she’s made the singer’s recent single Bad Blood her theme song. 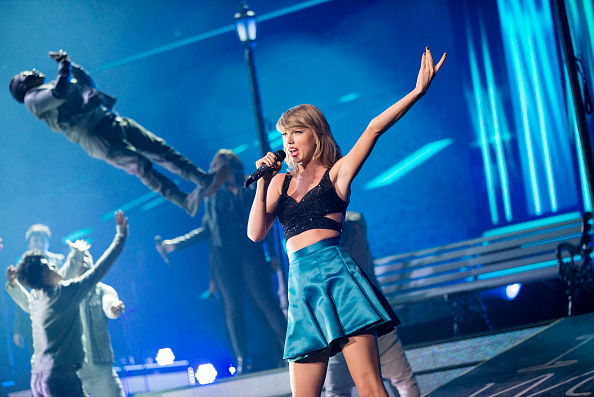 Taylor saw the video after being linked to it online, and donated $50,000 to a Go Fund Me page set up by Naomi’s uncle.
Don’t know about you, but we’re pretty teary eyed at seeing how decent people can be in this world. Taylor left the following message on the Go Fund Me page:?”To the beautiful and brave Naomi, I’m sorry you have to miss it, but there will always be more concerts. Let’s focus on getting you feeling better. I’m sending the biggest hugs to you and your family.” Earlie this year Taylor revealed on her Tumblr that her mother had been diagnosed with cancer.

Taylor Swift’s acts of kindness towards fans have made headlines before. She’s helped pay off college loans and only last week flew a fan who missed her London concert to Dublin.

Have You Tried The New Boots App Yet?