Things Fall Apart: It takes a village to be a single parent

‘I don’t know how she does it’ is a charge often levied at single parents.

I did it myself, before I became one. Looked at single parents with a sort of horror. Wondered at how they were managing to shoulder so much. And then, of course, you become one and there is no room, time or space for standing around wondering; you simply get on with it.

And mostly it is fine. Swings and roundabouts.

But if there was ever anything that was going to capsize me about this whole experience, it would not be the thought of being alone, or retirement, or Sunday evenings on the couch; both admittedly capable of being quite daunting at times.

It is the never-ending, everyday cycle of putting out bins, food shopping, and dishwasher emptying and filling. Of being the only person to deal with these things. Of running of a house, on your own.

This is not just a single parent thing, it is a single person thing. It’s a nice complaint to have, obviously, to have a house to run. A lucky complaint. But there it is. Running a house on your own can be grind-you-down-exhausting. Being the only person who will cook you dinner, make sure there is milk in the fridge, replace a lightbulb or investigate why that interior wall becomes glisteningly wet every time it rains.

My five-year-old daughter and I go on our annual holiday with my parents. More accurately, we crash the middle of their extended holiday, with the presumed assumption that they are happy for us to do so. And for two weeks, I do not touch a dishwasher, cook a proper meal, or empty a bin.

This is not as self-indulgent to the point of offensiveness as it might sound; I am not lounging around like some spoilt, surly teenager. I am doing other things – bath and bedtime. The dressing, grooming and sun-creaming of Herself. Or sunscream, as we call it, given her detestation of the stuff. The exhausting chivvying involved in getting a small child from one activity to the next. My laptop comes with me, and I work for a few hours each day.

So I’m not lying around doing nothing. It is more that the burdens are being dissipated, shared, divided.

It takes a village

The need for hyper-vigilance with small children is exhausting. On holiday, it is spread between the people around us. On the first day, I fall asleep on a sun lounger, safe in the knowledge that someone else, a grandparent who watches her as closely as her father or I would, is monitoring Herself’s movements. It takes a village to raise a child? It takes one to be a single parent, too.

She has a friend in our neighbours’ child. The two girls do not speak the same language, this is overcome by a mixture of repeating sentences at each other with increased volume each time until they are essentially shouting at each other, before then resorting to the universal language of LOL dolls.

Her friend’s mother and I slip easily into the habit of each summer, our adjoining gardens divided by an invisible line. She watches them on her half, I take over immediately when they stray over onto mine. In between times, we get to sit on our sun loungers and read, or chat to family. Division of the child labour. The best thing you can do for a single parent. Or any parent. 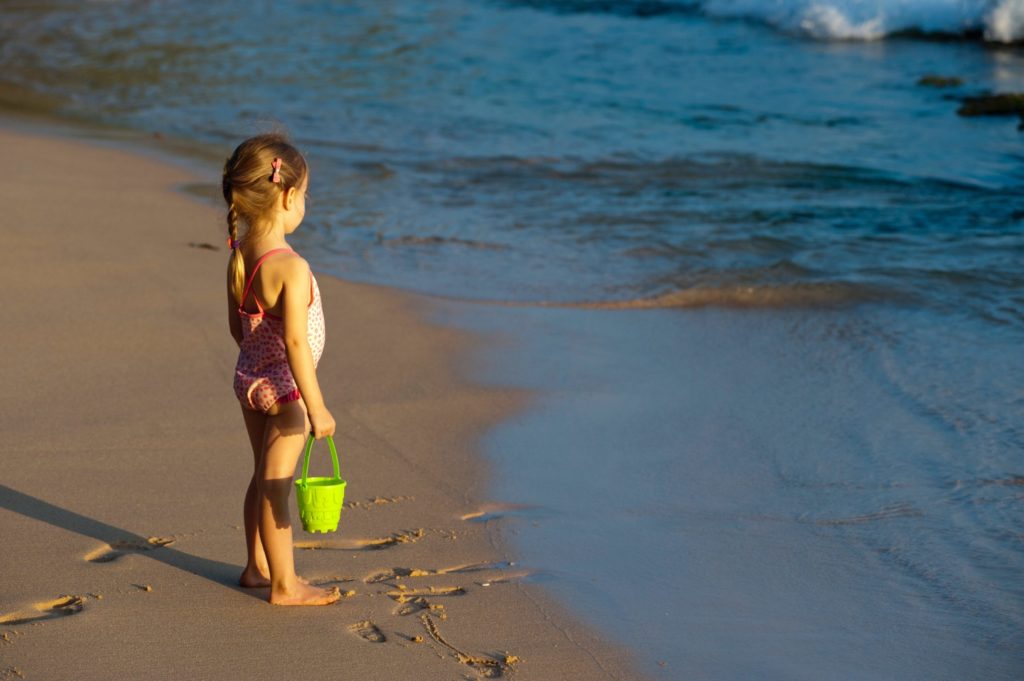 Our first day, on a beach walk, I hear a Cork accent shout my name. It is a friend from home. She has a daughter close in age to mine, and the two girls spend entire days playing together in the sand, while above them on sun loungers we chat for hours.

She offers to watch mine while I work. Takes her to the bathroom while I have gone to collect something. Her husband finds an LOL doll which threatened to be lost to the sand forever. When I forget my wallet one day, they include my daughter in their ice-cream run. Offer snacks when I forget to bring any.

Little things, but all shouldering some of the load.

It is nobody’s job when we are adults to give us a break. Nobody’s responsibility. But how lovely it is when people do.

Lia Hynes’ podcast series, How to Fall Apart is available to stream on multiple platforms now.

Read more: Why Lorelai, the happy single mother from Gilmore Girls, is my poster girl

Read more: I’ve cracked the code to weekends as a single parent