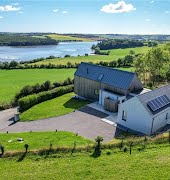 Yes, it’s Christmas time and we’re all up in a frenzy regarding last minute presents for Auntie Mary and drinks catch-up diary clashes.?Maybe you just want to retire away right now and wear fluffy penguin pyjamas until someone forces you to attend a New Year’s Party. Perhaps you’re stocking up on spirits or ibuprofen in anticipation of a Christmas dinner bound to go awry because when your strident little sister and Uncle Joe face off over crackers and gravy, the Cuban Missile Crisis meets its sequel.

However, sometimes a heated conversation is necessary to see where the nation stands. The February issue of IMAGE Magazine wants to break those antiquated dinner party rules and talk politics. We’re preparing a special report on women in politics and we want to know what matters to you. Do you think gender quotas will make a difference? Do we need a new leader? Is homelessness the most pressing issue this country faces as we prepare to celebrate the centenary of 1916? Click through, and express yourself.