How to survive festivals when you’re in your 30s

Louise Bruton explains how to attend a festival while in your 30s; and still manage to remain fed, watered, washed, smug and in bed before 9pm on Sunday evening.

You wake up, suffocated with body heat. It’s Sunday. Friday night’s glitter has somehow worked its way in behind your contact lenses, scratching away. “That’s a trip to the welfare tent,” you mumble, reaching for a a can of Bulmers so warm that it may burn right through your hands. That can is a necessity, not a choice. You’re still in last night’s clothes. Mud caked on your thighs,  your feet so swollen from dancing and walking that you could only get your wellies off halfway. Your left boot limps pathetically around your ankle. The portaloos are a litmus test for your nausea. If you don’t retch, you’ve passed and are ready to return to the public eye.

That was the festival you of the past. The old you who would go hard for three days straight, waning slightly on Saturday afternoon but pushing through because you don’t want to let go of your youth or your quest for ‘the sesh’. Alas, old you was young and new you is older and so much wiser. If festival FOMO – FFOMO – is a real thing for you but three days of hitting it hard will take three years off your life, there’s a new way to approach festivals – going for just one day. Go in like a wrecking ball and leave before you do any real damage to yourself or those around you. Festivalling in your 30s shouldn’t be a chore and this in n’ out approach might be the thing that saves you. 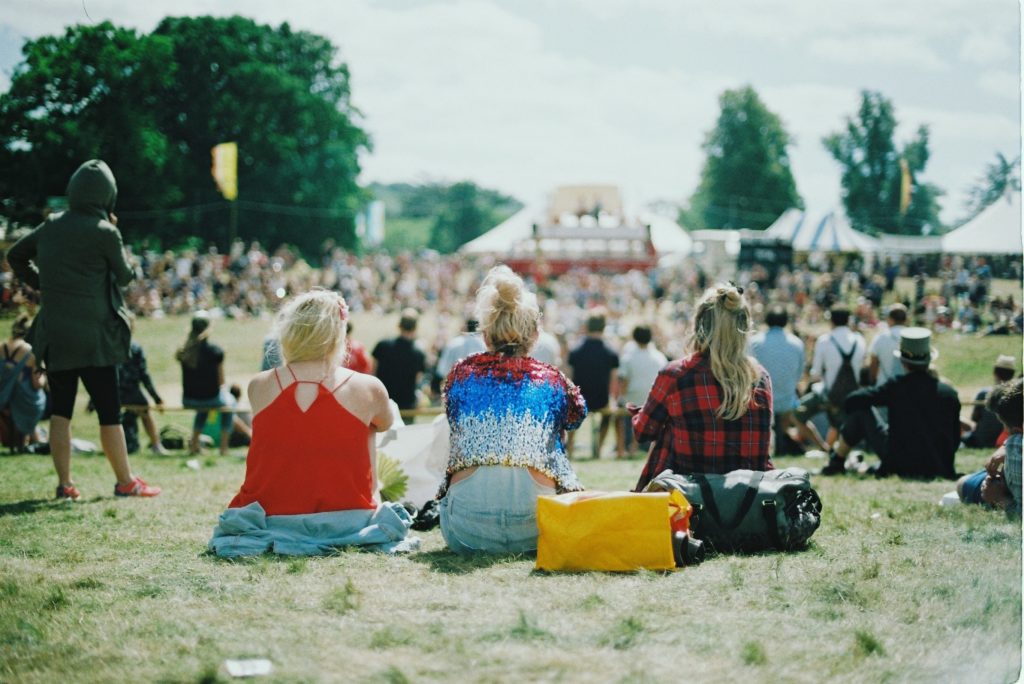 In n’ out approach

As a seasoned (and salted to your taste) festival goer, I made the bold declaration earlier this year that I wouldn’t go to any festivals this summer. The line-ups were great but I was just tired. Tired of going through the motions, frustrated at spending the equivalent of a weekend in Barcelona in Co. Laois and saddened by my sequin jackets that are now more thread than sparkle. But then It Takes A Village came along in April, a three-day festival that included a holiday house in Trabolgan as part of your ticket. Then Drop Everything happened on Inis Oirr the same weekend that the yes vote came in and the glorious weather took over our country. Drop Everything came equipped with a hotel room and ne’er a muddy field did I step into as it was beachside gigs and indoor parties. Spoiled by beds but still enticed by the sheen of controlled hedonism, I decided I needed to reinvent the art of festivalling.

While Longitude was easier to practice the in n’ out theory, due to the fact it’s not a camping festival and we were essentially the drunk aunts at a very young wedding, Body & Soul was where we really went in… and then out.  Arriving on Saturday morning with clean hair and full eyes, we couldn’t lose. Loaded with less baggage, emotional and otherwise, because I didn’t need three million outfit changes – just the three for my 24 hours onsite.

Our set up was quick and painless because as sage as we are in our old age, we’ve come to learn that with booze, we don’t need a full bar that comes with a drink to suit every mood. All we need is one bottle of Buckie each (carefully decanted into plastic bottles, that would later be recycled because the earth is dying, my friends) and some cash for the occasional G&T or prosecco. Side note, prosecco is a festival fuel, no matter your age, gender, bulk or background. In the right quantities, it’s light enough to take on a hangover and strong enough to get you as giddy as a goat on candy floss and poppers in a fairground.

Full of energy and smelling great, my one-day gang and I were a breath of fresh air to our musty three-day campers. We were ready for adventure and as they crawled into the day, we went in like the clappers. We Usain Bolted into action and took hold of the grounds like we were the Anglo-Saxon gentry of yore. We conquered, we Jon Hopkinsed, we danced disco until sunrise and retreated to our tents for a speckled yet satisfying sleep and when we rose… we left without a trace. Like a will-o’-the-wisp that glistens so brightly, we touched the lives of those around us and then saved ourselves, exiting by the M50 via the N3. Home by lunchtime, we were fed, watered, washed and smug. We were reborn and three episodes deep into RuPaul’s Drag Race.

Wearied only slightly by the lightning storm of activity that we would normally spread across three days, our hearts were full. There was no FFOMO to be had because we achieved more than we had previously set out to do and our Mondays were dissipated of misery. In order to survive the festival circuit in your 30s, you have to make compensations. By reducing your 72 hours down to 24, you get to go hard and then go home. Just like the prophets predicted.