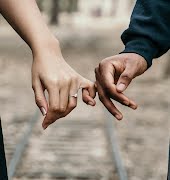 A survey on the prevalence of sexual violence in Ireland is to be carried out, after an agreement was signed between the Department of Justice and Equality and the Central Statistics Office yesterday.

A Memorandum of Understanding was signed by both the Department and the Central Statistics Office after it was decided in November that a detailed examination should be carried out into the experience of both men and women of sexual violence.

In a statement, the Department said that the survey will ensure better-informed policy “by contemporary and robust data”. The survey will be carried out by the Central Statistics Office and will be completed in 2023. The survey will then be repeated every ten years to investigate how sexual violence in Ireland is changing over time.

Minister for Justice Charlie Flanagan said: “My priority in relation to this survey is not just getting it done. Because we are dealing with the lives and experiences of real people, my priority has to be getting it done right. To ensure that it is done right first time, resources and time are needed. And I am providing for both.”

Many organisations working within the sexual violence sector will be involved in the survey along with the Department of Children and Youth Affairs and the Department of Health. A total of 5,000 people will be surveyed.

In an interview with Morning Ireland today, the Minister said the survey wishes to delve deeper into what are the root causes behind sexual violence in this country and that there will be “up to 100 questions on behaviour included in the survey”.

When asked if he thought that sexual violence was underreported in this country the Minister said: “Yes, I do and I want to do something about that and that is why this year we have the important commencement of the domestic violence legislative framework introducing new remedies and new crimes.”

He explained that women he has spoken to have expressed concern at the atmosphere in courtrooms here in Ireland and the prosecution process, which is ofttimes invasive and upsetting, is deterring a substantial amount of women from coming forward to authorities.

On yesterday’s program, Gardaí in Ireland expressed the belief that they had not been adequately trained in dealing with the new domestic violence laws that have been put in place. When questioned about this Minister Flanagan said: “This is ongoing in terms of training and awareness. Members of the Garda Síochána are in training, there is a special module in Templemore.”

When asked if the laws should have introduced after the authorities were trained in the area of coercive control, he replied: “No I think it was important that we introduced the laws. They have been long overdue. On a weekly basis, I deal with the media and different groups who tell me that the process of for framing legislation is too slow and cumbersome, I am very keen that any laws enacted by the Dáil are fully commenced and brought into practice.”

In the last 10 days, four women have been attacked in Cork, Dublin and Kilkenny: So when do we march?