Stephen Hawking, the man who helped discover the origin of life has died

Physicist Stephen Hawking passed away peacefully in his home in Cambridge last night. He was 76 years old.

I remember being infatuated with the work of Hawking before I was old enough to fully appreciate or understand it. Among many of Hawking’s greatest achievements, he’s most adorned for making the world of science and space accessible. He made it possible to think outside the relative safety of what we thought we knew about our universe. In his words, we should “look up at the stars and not down at your feet”. Like millions of people around the world, I was encapsulated with the idea that beyond our screens, beyond the drama of life, there are forces so gigantic and great in a never-ending swirling current through space and time. Hawking, among many other things, gave me a newfound perspective to see life for what it is: sacred but dispensable.

He was an exceptionally brilliant but challenged man. Diagnosed with a rare form of Motor Neuron disease at just 22, his life became extremely limited (having been given two years to live). The illness left him wheelchair-bound and unable to speak without a synthesiser. Education and family would become his respite. Through the course of his work at Cambridge, Professor Hawking was the first to set out a theory of cosmology as a union of relativity and quantum mechanics. He successfully demonstrated Einstein’s General Theory of Relativity alongside mathematician Sir Roger Penrose; implying space and time begins with the Big Bang and ends in black holes. 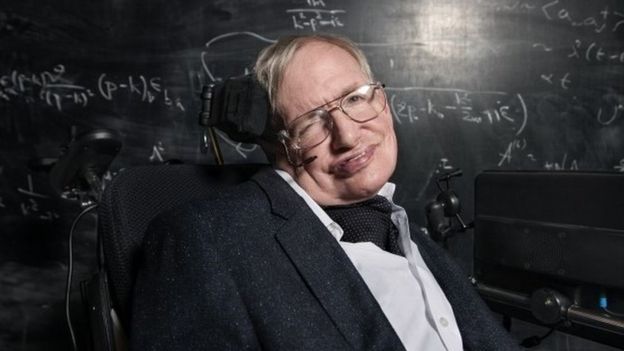 His adoring children paid tribute to their father on Twitter last night by saying “we have deeply saddened that our father passed away today. He was a great scientist and an extraordinary man whose work and legacy will live on for many years/ His courage and persistence with his brilliance and humour inspired people across the world. He once said, ‘it would not be much of a universe if it wasn’t home to the people you love'”.

Meet the Irish astrophysicist aiming for the stars