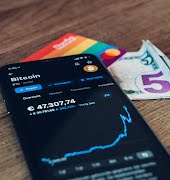 If you feel like it’s particularly cold today – you’re right. Irish forecasters have warned of heavy rain, sleet and snow over the coming days

Met Éireann has announced a status yellow weather warning for seven counties, with heavy rain expected to turn to sleet and snow.

The rainfall warning, which is in place for Carlow, Kildare, Kilkenny, Laois, Wicklow, Offaly and Tipperary, is valid from 2 pm on Wednesday until 2 am on Thursday.

In a statement, forecasters said, “A spell of heavy rain is likely to lead to some spot flooding and will turn to sleet and snow in places later today.”

Looking towards the national forecast, the rest of the week will be wickedly wintry. Met Éireann says it will be generally cloudy with showers or longer spells of rain, heavy at times with a risk of hail and thunder.

This will turn to sleet and snow in parts of Munster, Leinster and Connacht – with “brisk northwest winds” developing in the southwest later on Wednesday.

What’s more, nighttime and early mornings will be particularly cold. As the rain, sleet and snow begin to clear, it’s expected that ice and frosty patches will develop. Temperatures will drop as low as -1, with highs of just 3 degrees.

“Light to moderate northerly winds developing over land will be fresh to strong and gusty near coasts,” meteorologists add.

Thursday will feel colder than its predicted 5 to 8 degrees, with northerly winds strengthening near the coast. As temperatures drop below freezing again that night, we can expect ice and frosty patches by Friday morning.

Dry in the east at first today, but outbreaks of showery rain spreading from the west, persistent and heavy at times, with a risk of hail and thunder. Top temperatures of 4 to 8 degrees, with rain turning to sleet in parts of Munster and Leinster towards evening pic.twitter.com/VrA5dygwGV

As driving conditions can change with the weather, the AA Roadwatch has shared advice for driving on wet and icy roads.

In heavy rain, AA Rescue says, “If the steering becomes unresponsive due to surface water beneath your tyres ease off the accelerator until the car comes to a gradual halt.

“Don’t drive through flood water unless you’re sure of its depth,” they add, saying, “Drive through at a slow steady speed to avoid creating a bow wave and test your brakes as soon as you can after exiting the water.”

Not only that, but heavy rainfall can reduce your visibility. Remember to slow down and be on the lookout for vulnerable road users.

If there is ice (or frost), it’s recommended you give yourself plenty of extra time to de-ice the car and allow the windows to clear. Remember that stopping distances are 10 times longer in ice and snow, and gentle manoeuvres are the key to safe driving.