The Skin We’re In: Evanna Lynch On What An Eating Disorder Taught Her About Body Confidence

This month’s issue of IMAGE magazine is The Confidence Issue, full of ?Ireland’s leading female voices on our relationships with our bodies.?

One of modern life’s holy grails is achieving a state of acceptance about our bodies. For The Confidence Issue, IMAGE Digital Director Ellie Balfe wrote how warrior thoughts helped her on her long road to body confidence.?IMAGE Editor Rosaleen McMeel made a valid point on the issue of the ‘bikini body’: once “you have a ?body? and you put it in a ?bikini?, there’s little more to say on that subject.”

Triona McCarthy spoke candidly on how her sister’s death made her?question why we put so much emphasis on our exterior, and really put body confidence into perspective for us. We keep going back to read Triona’s piece again and again. You can read it here.?

When Olympian Natalya Coyle, writer Anne Gildea, Paralympics swimmer Ellen Keane, TV presenter Amanda Byram and many more incredible Irish women shared with Claire O’Mahony the moment they discovered their body confidence for July issue, you’ll see that these moments had nothing to do with how they looked in the mirror.

Here, from the July issue, Evanna Lynch speaks powerfully on the moment she realised she didn’t want to define herself by her body anymore – while she was in treatment for an eating disorder. ?

I remember distinctly a moment in treatment for an eating disorder when, in a room full of young women who were similarly obsessed with physical perfection, it dawned on me that I was just turning into everyone else. All these girls had committed themselves solely to their own bodies, and the pursuit of physical perfection was consuming our minds, our personalities, our potential, whittling away at everything that made us unique.

READ MORE: The Skin We’re In: Triona McCarthy On What Her Sister’s Death Taught Her About Body Confidence 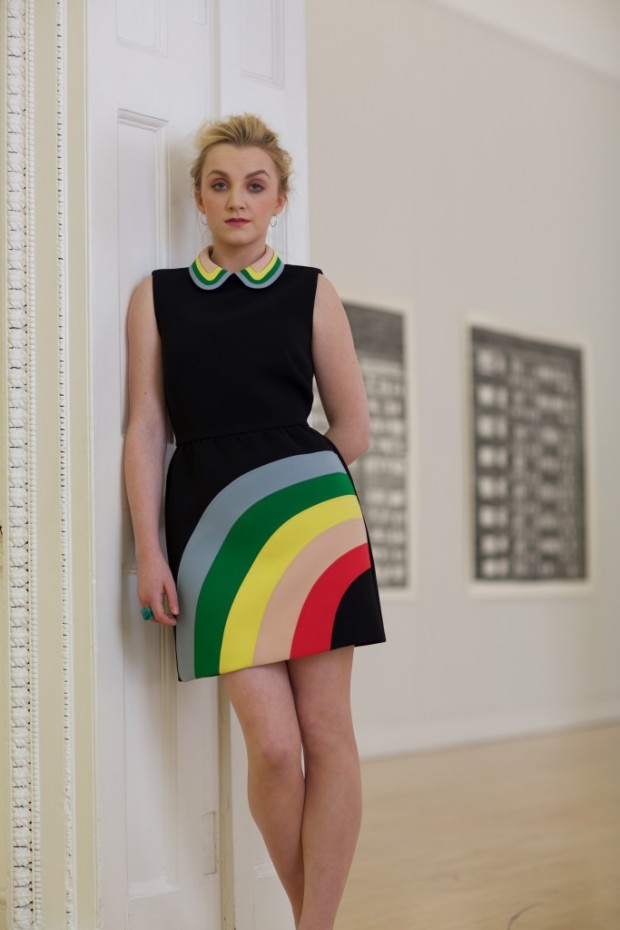 ?Evanna Lynch, photographed by Patrick Bolger for the April 2016 issue of IMAGE

I was making my body smaller, but also my light. It was in that therapy room confronted with so many other women living in fear, dulling their senses, distracting themselves from their true potential with a superficial addiction that I realised how meek and cowardly it really was to define myself by my body, and how bold it would be to stop fighting for a lovable body and dig much deeper in myself for the things about me that nobody else is.

READ MORE: 10 Quotes On Body Confidence From Irish Women In The July Issue

I was afraid to dig deep in case there was nothing there, but I knew for sure that body perfection is nothing new, nothing brave, nothing challenging, and it’s utterly limited in fact.

Evanna Lynch, photographed by Patrick Bolger for the April 2016 issue of IMAGE

Nobody can tell you what else is deep inside you beyond the surface, and it feels risky and scary to be more than your looks, but from what I’ve seen, the women who shake up this world are the ones who are bold enough to find it.

This article originally appeared in the July issue of IMAGE magazine, on shelves nationwide now.