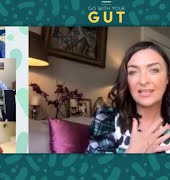 It’s hard to believe that, in 2020, a film which focuses on a young woman kidnapped and imprisoned by a Sicilian mafia boss (who gives her one year to fall in love with him) could be considered a ‘popular’ streaming choice. But that is what 365 Days is. Upon its debut on Netflix, it was among the top three most viewed items on the platform in numerous territories, including the United States, Canada, Saudi Arabia, Germany, and the United Kingdom.

Based on the first in a best-selling trilogy of Polish novels by Blanka Lipinska, 365 Days makes Fifty Shades look tame when it comes to its soft-pornographic content and make no mistake, it’s (in this writer’s opinion, at least) an awful movie. The controversial Polish film has received a huge amount of backlash (generally, it’s been panned however a sequel is said to be in the works) as critics say it clearly glamourises what is obvious sex trafficking, sexual coercion, sexual violence as well as Stockholm syndrome.

Last week, a petition was launched on change.org calling for Netflix to remove the film, saying it was glorifying the above, attracting over 10,000 signatures.

Welsh singer Duffy has publically spoken out against Netflix’s decision to host the film in an open letter, after a harrowing experience saw her leave the public eye.

Earlier this year, she revealed she recused herself from her career and the limelight as the result of trauma from being kidnapped and raped.

Related: ‘Recovery took time’: Singer Duffy reveals why she disappeared from the spotlight

“Today, I really don’t know what to think, say, or do, other than to reach out and explain to you in this letter how irresponsible it was of Netflix to broadcast the film ‘365 Days,'” she wrote in the letter obtained by Deadline. “I don’t want to be in this position to have to write to you, but the virtue of my suffering obliges me to do so, because of a violent experience that I endured of the kind that you have chosen to present as ‘adult erotica.'”

“It grieves me that Netflix provides a platform for such ‘cinema’, that eroticises kidnapping and distorts sexual violence and trafficking as a ‘sexy’ movie,” Duffy wrote. “I just can’t imagine how Netflix could overlook how careless, insensitive, and dangerous this is.

Generally, the film has divided viewers as news of its content spread on TikTok but in a post-#MeToo world, the fact that such films are still being made and described as mere ‘erotica’ (when they are clearly much more than that) remains hugely problematic, no matter which side of the fence you sit.

You can read Duffy’s letter in full HERE

Read more: My experiences of minor sexual assault will stay with me forever