“Sinead O’Connor is gone. That person’s gone. I am fed up of being defined as the crazy person.”

Abuse was not a failure of the system in Ireland. It was the system. Sinead O’ Connor has always claimed she was a victim of that same system. Now, 26 years after she ripped up the picture of the Pope, the controversial singer has found a new path. Amanda Cassidy wonders if she’s finally found the peace that she’s been searching for.

Shuhada’ Davitt is an Irish singer-songwriter who rose to fame in the late 1980s with her debut album The Lion and the Cobra and achieved worldwide success in 1990 with a new arrangement of Prince’s song “Nothing Compares 2 U’.

The ever-nonchalant Wikipedia updated it’s encyclopedic page just moments after the artist formerly known as Sinead O’ Connor announced her new Islamic name; Shuhada’ Davitt. The Grammy Award-winning singer announced that she had converted to Islam on Twitter yesterday. She wrote that it was ‘the natural conclusion of any intelligent theologian’s journey. All scripture study leads to Islam”, she wrote, “That makes all other scriptures redundant.” Showcasing her new faith, Shuhada also took to social media to say she was “very, very, very happy” after being given her first hijab and posted a YouTube video of her making the Islamic call to prayer. 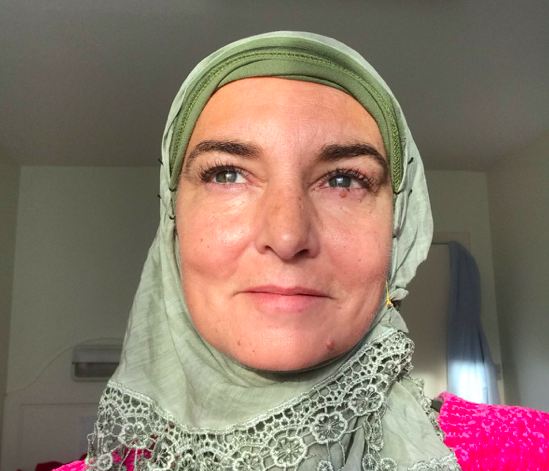 Last year marked 25 years since the singer’s now iconic performance on Saturday Night live in which she tore up a picture of the Pope (John Paul II) and declared we should join her in ‘fighting the real enemy’. Her performance earned global recognition with the New York Daily News labelling her a ‘holy terror’. A few weeks later, she defended her actions with an open letter linking the abuse she experienced as a child to the influence exerted by the Catholic church in Ireland.

As a 15-year-old, the girl (then known as Sinead) was arrested for shoplifting and as a result, spent 18 months in a Magdalene Asylum run by the Order of Our Lady of Charity. Unsurprisingly she had a difficult time conforming. Unruly students there were sometimes sent to sleep in the adjoining nursing home, an experience of which she later commented, “I have never—and probably will never—experience such panic and terror and agony over anything.”

She also accused her parents of physical abuse growing up. Her brother Joseph denies their father had any part to play, but agreed that their mother used extreme and violent abuse against them both physically and emotionally. Davitt later wrote a letter to The Irish times in 1993 asking people “to stop hurting” her. “Our family is very messed up. We can’t communicate with each other. We are all in agony. I for one am in agony.”

Davitt seemed to direct all her agony in protesting the Catholic church. A few weeks after her controversial appearance on Saturday Night Live, she wrote a letter to the media in the US, linking the abuse she experienced as a child to the influence exerted by the Catholic Church in Ireland.“It must be acknowledged what was done to us so we can forgive and be free. If the truth remains hidden then the brutality under which I grew up will continue for thousands of Irish children. And I must by any means necessary WITHOUT the use of violence prevent that happening because I am a Christian. The Catholic Church has controlled us by controlling education. Through their teachings on sexuality, marriage, birth control and abortion. And most spectacularly through the lies they taught us with their history books.”

In another interview with Time magazine a few months after ripping up the pope’s picture, she opened up about her own history of abuse:“Sexual and physical. Psychological. Spiritual. Emotional. Verbal.

I went to school every day covered in bruises, boils, sties and face welts, you name it. Nobody ever said a bloody word or did a thing.

Naturally, I was very angered by the whole thing, and I had to find out why it happened… The thing that helped me most was the 12-step group, the Adult Children of Alcoholics/Dysfunctional Families. My mother was a valium addict. What happened to me is a direct result of what happened to my mother and what happened to her in her house and in school.”

In the years since, Davitt has clearly struggled with her mental health – both publically and privately. Dismissed frequently as “a crazy bitch”, the coverage of her mental health prompted her to plead with the Irish media to leave her alone, writing “It’s become a national pastime treating Sinead O’ Connor like a crazy bitch”. Last year she posted a video to Facebook admitting she was suicidal. “I am one of millions … people who suffer from mental illness are the most vulnerable people on earth, we can’t take care of ourselves, you’ve got to take care of us,” she said in the video. “My entire life is revolving around not dying, and that’s not living.” In a previous post in November 2015, she said she had “taken an overdose”, and a police search was launched for her in May 2016 after she briefly went missing in Chicago, sparking fears for her wellbeing. 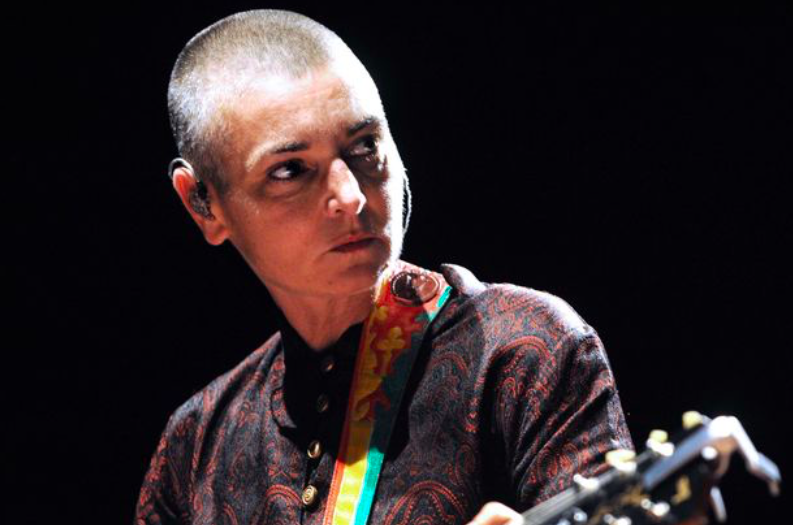 Davitt went on the talk show Dr Phil where she admitted she needed help and spoke about her motives for being so open about her struggle. “I want to destigmatise mental illness; I clearly have a problem…Too many musicians are dying. I want to use my life as a teaching tool. I’m willing to sit down and talk.” Then, last year, Davitt announced that she was legally changing her name to Magda Davitt because she wanted to be “free of the patriarchal slave names. Free of the parental curses.” The Dubliner has now embraced Islam.

It is easy to dismiss this woman’s often controversial outbursts as ‘crazy’ but that does mental health victims a disservice. It is clear that Davitt felt victimised throughout her childhood which forced her to rebel against the only thing she felt she could blame – the church. Converting her religion is like freeing herself from the last shackle of the system that she felt let her badly down.

The Catholic church is a legitimate target, given she was an Irish single mother in a country where abuse was rampant at the same time as sex was mooted as a sin. The church was the hierarchy across the spectrum of Irish life – in the community, across the schooling system and even in sports. 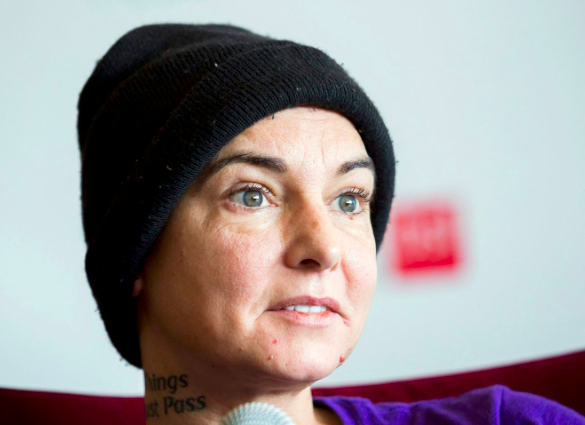 It is no coincidence that religion has been the backdrop to every aspect of her life. Sinead (she will always be Sinead to me) was let down by a society that chooses to dismiss her as ‘nuts’ or ‘mental’ when she tries to speak out. Misconstrued or not, these are desperate cries for help in the only way she knew how – she spoke out in anger at a system that abused her, vented her frustration that nothing was being done about it and then retreated when she was laughed at in the media. The Nothing Compares 2 U singer spent her life dancing around the fire-pit of religion – shaking her fist and trying to put out the flames that had burnt her badly. By speaking out before her time, her efforts to educate and her plea for help ended up alienating her. One of the saddest parts of how Sinead’s life has unfolded is that the controversy which follows has always taken away from her acumen as an entertainer.

Now 26 years since we first sat up and took notice of this rebel with the sad eyes and the haunting voice, she has pivoted towards a new chapter – still clinging to religion – this time Islam. I hope she has found the balm to soothe her scars, the help she craves and that her latest announcement is a step in the right direction. Perhaps this is a redemption of sorts?