If you’ve never been to OFFSET, you’re missing out on three days of talks, debate and discussion in Dublin by some of the biggest names in the creative industries. Kicking off this Friday, the main stage will feature 27 one-hour presentations from leaders in graphic design, illustration, animation, photography, interior design, industrial design, and for the first time this year, fashion designers; all focusing on their creative process and professional journeys. Creative director and co-founder of the conference Bren Byrne says: “We like to think of it more as a kind of festival, it’s a celebration of design.”

Bren explains that this year they’re trying to make the event more interactive than ever, especially through the week-long OFFSITE programme held this week, leading up to the conference, featuring free masterclasses, workshops, and exhibitions. “We’re collaborating a lot with groups that are doing great stuff for the city, and, and to really show off Dublin and the community that’s here,” he says.

This year Simone Rocha will be the first fashion designer to take the stage in the event’s history. In previous years, OFFSET has clashed with the major spring fashion weeks, but a schedule change has meant the 2018 event falls later than usual. “We’ve worked with Simone over the years,” says Bren, “so it will be really great to finally get her on the stage.” It’s not only fashion designers who are hard to get hold of. Bren has asked American cartoonist and illustrator Chris Ware to speak every year since the first event. “As soon as OFFSET started he was the first name I wanted to invite, but the timing was never right. This year we weren’t even going to ask: I just couldn’t handle the rejection anymore. But I decided I’d try one last time and he said yes.”

Bren cites his thorough process with fellow director Lisa Haran of choosing speakers as one of the main reasons for the success of the event. “The first thing we consult is ‘The List’. It’s existed since we started in 2009. We drew up a list of people whose work we admire, but also people that we want to hang out with and show off Dublin to. So we go back to the original list first to see who we haven’t had yet. Then over the years you see new people coming up.”

The next challenge is then to strike a careful balance of both creative disciplines and demographics. “We choose people that represent not just diversity in gender, but also in age and experience: it’s important for us not just to have the hot young designers, but people from an older generation that reflect the design legacy from the last 50 or 60 years. It really gives integrity to the event. That’s how you find out what’s coming next, by understanding what’s gone before.” 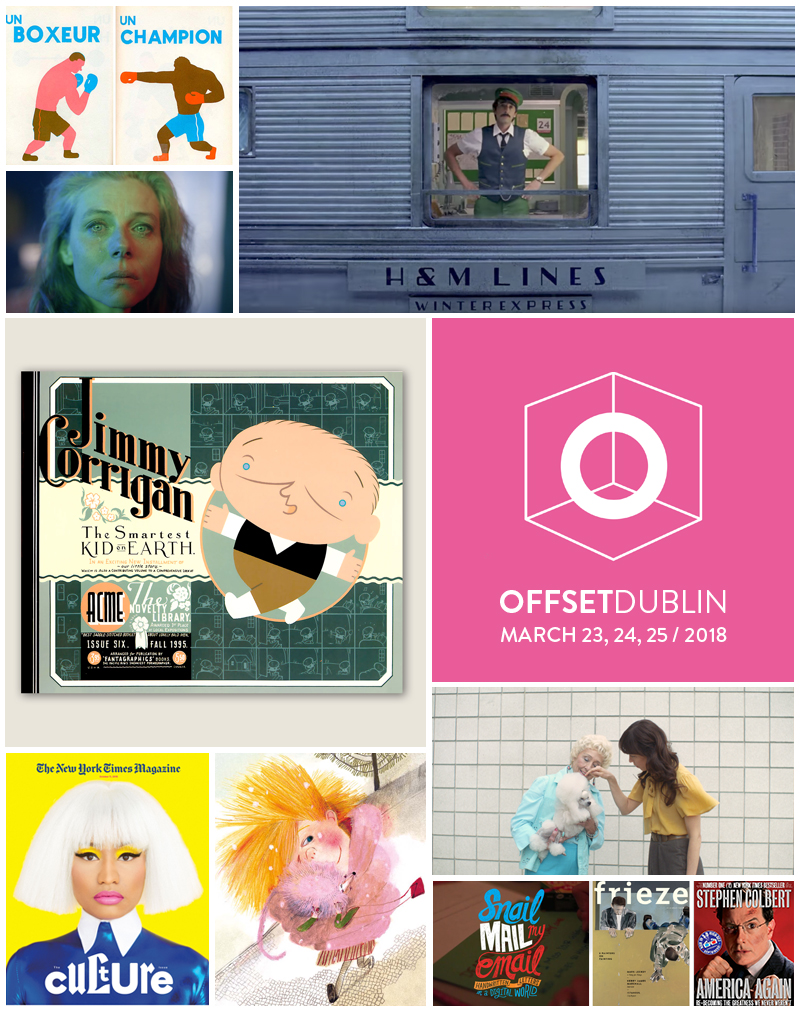 This platform for both home-grown and international design greats, Bren believes, has had a positive impact on Irish creatives. Hosting a major design event here not only showcases Irish talent on a world stage, but also raises the ambitions of young designers in the country. “Irish students now come out of college in a world where OFFSET happens, and they don’t think anything of it. Before us, there was no international design conference here. We did a talk in NCAD recently, and a student came up afterwards and thanked us. He did an Erasmus in Amsterdam, and when he said he was from Dublin, students immediately said: ‘Oh, like OFFSET.’ It made him feel proud that the city had this contemporary design recognition.”

The event has grown impressively since its inception, from 500 attendees in the first year to selling out the 2,500 seat Bord Gáis Energy Theatre, including over 700 international visitors last year. For the first time however, competition has arisen in the form of another design event in Dublin launched last year, The Future. Bren is candid about the potential effect on OFFSET: “We feel that we’ve built a brand that people have gotten a lot out of, but it’s important that we don’t assume that everyone’s just going to keep coming back. We are always looking at how we can evolve what we do every year. Is Dublin big enough to have two, three, four major conferences related to creativity? We’ll have to see how that goes. We are an independent event, relying almost completely on ticket sales, so it’s really important that it remains connected to the community that it represents. I hope that aspect of OFFSET is what will keep it going.”