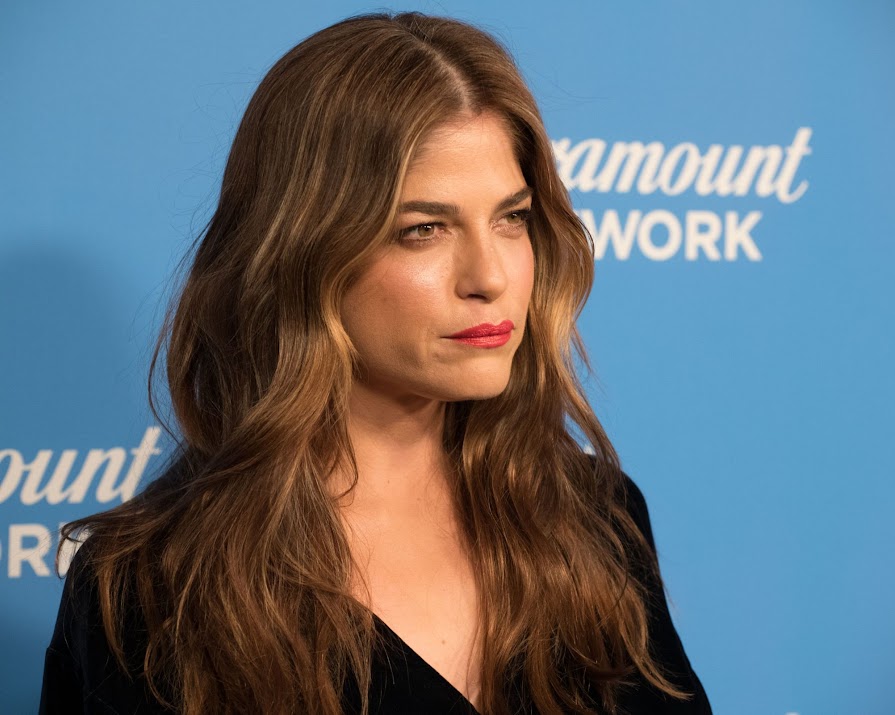 It takes a lot of courage and strength to open up about the things which debilitate us in life. Everyone has a struggle; a fear, something which means they need to reach out and ask for help. Often it can be seen to the naked eye; usually, it’s hidden from sight. Even public figures, though we may at times, forget they are human beneath that ever-so-glossy exterior, have their own hardships. And because these people generally live a life of a privilege, we are often quick to dismiss them; to brush them aside. And yet, it’s these people, some so revered by the public, that have the huge capacity to bring about awareness and change, simply by using the platform they have.

Actress Selma Blair is one such figure we can commend for doing this, in a way, that’s honest, raw and completely admirable.

In what was a truly emotional post on social media, she revealed that she has been diagnosed with multiple sclerosis (MS).

Related: Living With MS: What it’s like to care for someone you love

The 46-year-old actress shared the news on Instagram, posting that she was in a wardrobe fitting two days ago for her new 10-episode Netflix sci-fi series, Another Life, and the experience led her to the “deepest gratitude” for costume designer Allisa Swanson who was there to support her as she needed. “She carefully gets my legs in my pants, pulls my tops over my head, buttons my coats and offers her shoulder to steady myself,” she writes. “I have Multiple Sclerosis.”

“I don’t know exactly what I will do precisely but I will do my best.

MS is an issue that’s close to the hearts of many IMAGE staff, so we felt it only right to share Blair’s eloquent words as she speaks out to raise awareness and to give hope to others with the disease.

In Ireland, there are more than 9,000 people living with MS. Three times more women than men are diagnosed with MS, with most being diagnosed between the ages of 20 and 40. MS is the most common debilitating neurological condition affecting young adults in Ireland and it affects the motor, sensory and cognitive functioning of the body.

There is no known cause or cure.

In her post, Blair continued by describing the emotional toll it has taken on her life. “I am in an exacerbation. By the grace of the lord, and willpower and the understanding producers at Netflix, I have a job. A wonderful job,” she said of her work on the series. She is painstakingly honest about how difficult the physicalities of the disease have made her life.

“I am disabled. I fall sometimes. I drop things. My memory is foggy. And my left side is asking for directions from a broken GPS. But we are doing it. And I laugh and I don’t know exactly what I will do from precisely but I will do my best.”

She explained that she received her diagnosis two months ago, on August 16th, and since then she has received “love and support” from friends like Jaime King, Cruel Intentions co-star Sarah Michelle Gellar and husband Freddie Prinze Jr, along with Another Life executive producer Noreen Halpern.

“I hope to give some hope to others”

Now, she says, she wants to give some hope to others and is tirelessly pushing forward to support her son Arthur and to lead as full a life as she possibly can.

“I am in the thick of it but I hope to give some hope to others. And even to myself. You can’t get help unless you ask. It can be overwhelming in the beginning. You want to sleep. You always want to sleep. So I don’t have answers. You see, I want to sleep,” she continued. “But I am a forthcoming person and I want my life to be full somehow.

“I want to play with my son again. I want to walk down the street and ride my horse. I have MS and I am OK.”

She then thanked Saved by the Bell actress Elizabeth Berkley who suggested she see her brother, Dr. Jason Berkley, who was the physician to diagnose her after discovering lesions on an MRI.  She says it was he who finally took her seriously, adding that she has likely had MS for at least 15 years.

“I have had symptoms for years but was never taken seriously until I fell down in front of him trying to sort out what I thought was a pinched nerve. I have probably had this incurable disease for 15 years at least. And I am relieved to at least know. And share.”

Since her post, fans and those with MS have commended the actress for her heartfelt honesty and offered her their support.

Hi @SelmaBlair I’m a #MultipleSclerosis sister. I was diagnosed 13 years ago. We’re grateful you told us because so many are afraid to. I promise you will be ok. The diagnosis is scary, but it gets better. I promise. Please let me know if I can help. You are not alone. ?? pic.twitter.com/Mo2UpeH6uB

It’s those like Selma Blair, who open up and speak out with courage, who reminds us that even if we’re living with something difficult and life-changing, we’re never alone; that it’s never just you.