Who in Ireland wasn’t excited for Saoirse Ronan receiving her third Academy Award nomination this week?

On a personal level, as the editor of Cara – the in-flight publication of Aer Lingus and print sibling of IMAGE Magazine – the timing couldn’t have been sweeter: she’s the new face of our February/March issue, which had just gone to print when we heard about the nomination.

We’d long suspected that Lady Bird, Greta Gerwig’s directorial debut, could be a hot potato for one of Ireland’s finest exports so back in autumn, we leapt at the chance to interview her again. Long-time contributor (and former Cara editor) Tony Clayton-Lea had already interviewed Ronan for us thrice before (and an additional time as editor of Cara himself). We sent him for an early-December-morning tête-à-tête with the actor whose CV at the tender age of 23 boasts more quality films than most thespians twice her age. “Each time, I can say with honesty, she has been a dream interviewee: engaged, smart, friendly. A professional from start to finish.”

The following day, back in Dublin, Universal Pictures International and IMAGE Publications teamed up to host a VIP screening of Lady Bird attended by Ronan, who couldn’t wait to discuss her latest project with IMAGE‘s Melanie Morris. Fast forward to January 7 and Carlow’s golden girl wins the Golden Globe for Best Actress, and then this week her third Academy Award nomination is officially announced – which brings us back to our new cover and interview.

In a sneak preview, before the February/March issue of Cara lands on Aer Lingus planes, Tony Clayton-Lea explains why he, and all of Team IMAGE, will be sending the luck of the Irish to her at Hollywood’s Dolby Theatre on March 4.

“My first encounter with Saoirse Ronan was when she was undertaking promotional interviews for The Lovely Bones and I was editor of Cara, then contracted to Maxmedia. It was 2009, she was 15 and already Oscar-nominated or her role as Briony Tallis in Atonement, when she was 13. During interviews back then, Saoirse was accompanied, quite rightly, by her mother, who kept a guarded eye over proceedings, but who fully allowed her daughter to engage with whatever question was thrown at her. At that first interview, I was struck by her smarts – Saoirse was a bouncy, funny teenager, albeit dressed down in jeans and displaying dayglo, lime-green-painted fingernails. 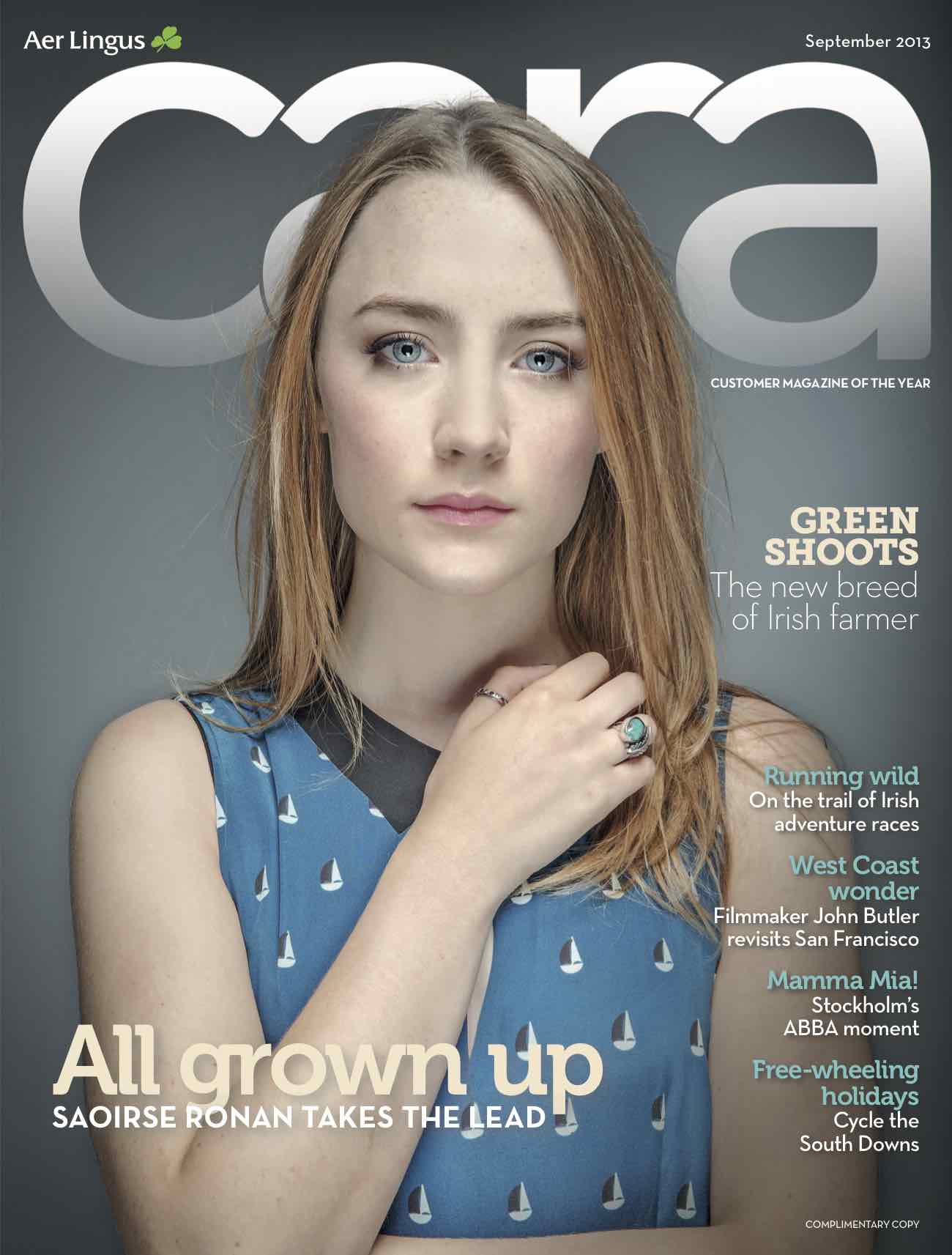 Interview number two was in 2013 for How I Live Now, and Saoirse was 19, no longer chaperoned by her mother during interviews. The role for the movie (of Daisy, an American teenager packed off to live with her cousins in England during some kind of nuclear conflict)  saw her take a step towards, as she said at the time, “more adult-oriented roles.” Her demeanour was essentially the same as the first time we spoke, except her smarts had greater insight, and (inevitably) a lot of early teenage naivete had been replaced with a growing sense of maturity. 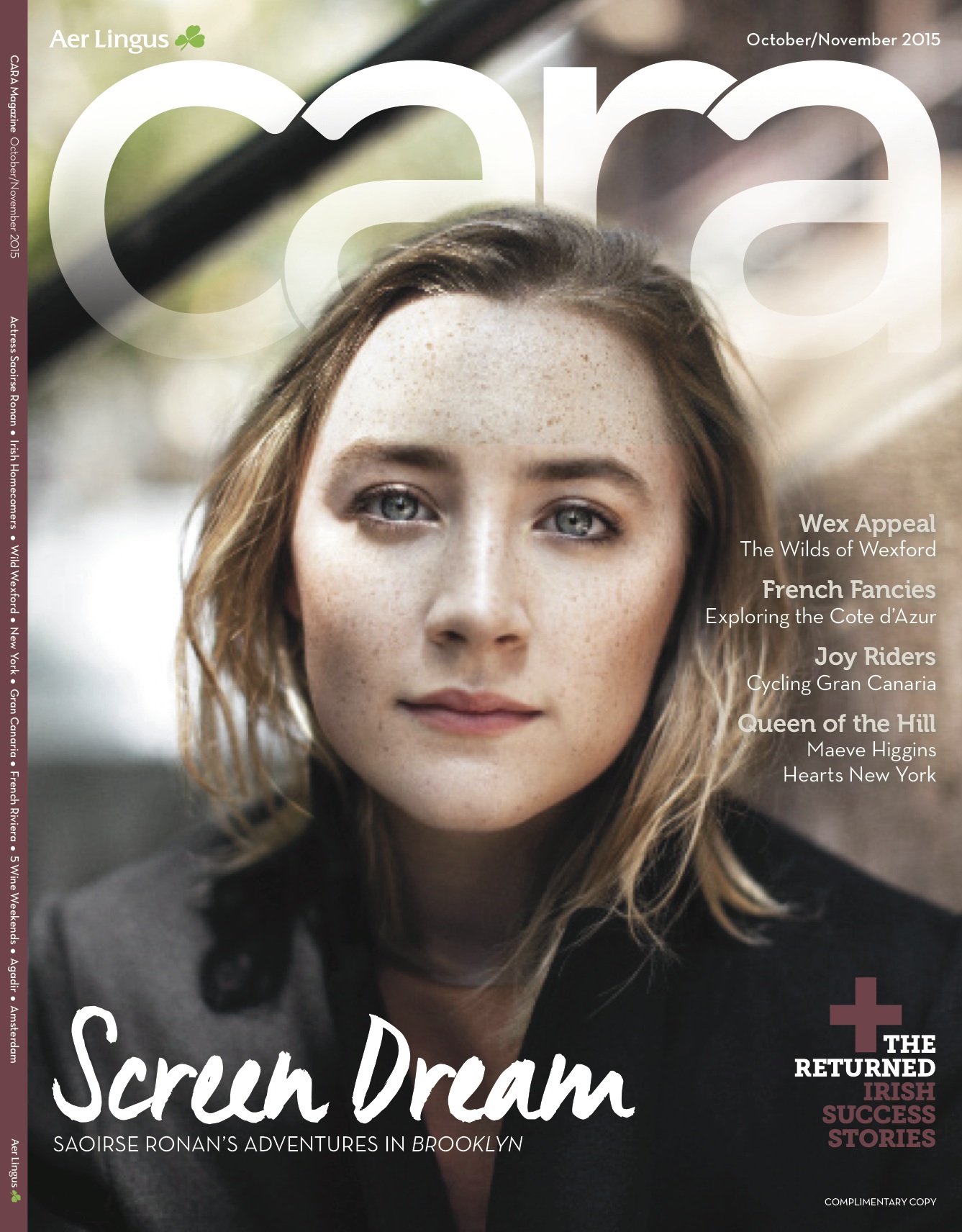 The next interview was in 2015 for Brooklyn, at this point in her career her finest role and the one for which she received her second Oscar nomination. At 21 she had also become quite the style role model (one doesn’t want to speak for her, but I guess she’d dislike the word ‘icon’). What was interesting, however, was that she determined her own style and not the other way around. By now, of course, she was an actor on the world stage, yet she kept herself grounded through family and close friends, and such an attitude seeped through the conversation: here was a young woman who was lauded and acclaimed wherever she went, but she was still able to keep her head down, be humble, be honest, human. That takes some doing for anyone involved in a high profile movie industry. Interestingly, she spoke of Brooklyn’s representation of women (the interaction between “older and younger, who are passing on wisdom and advice, guidance and direction”), and how she was being drawn more towards roles that show women in a realistic light. 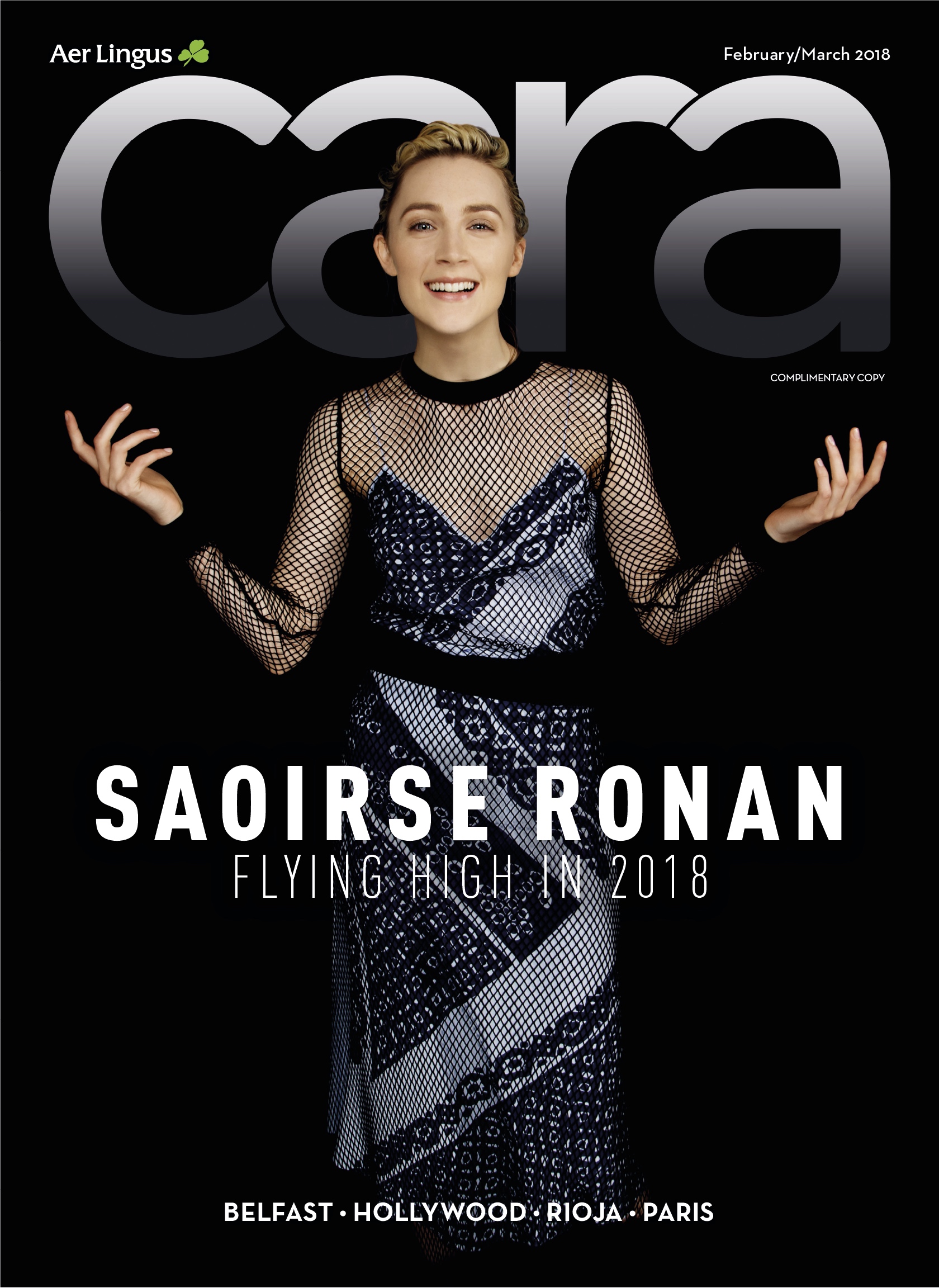 Which leads me to last December, in a London hotel suite, where Saoirse and I said hello, shook hands, sat down and a had a good chat about this, that, and her new movie, Lady Bird. Ultimately (if, as I hope, the questions and conversational vibe are decent enough and if it’s okay to veer off at a tangent now and again, which I presume it is because that happens quite naturally), we just do that: chat. We touch on the film at hand, of course (Saoirse is a dab hand at making sure that’s done!), but we drift off-topic in the way that good chats do. I’ve always found her, simply put, really clever, always engaged, progressively eloquent and articulate and just plain interested in talking about things that mean something to her.

It’s highly unlikely if we should ever meet outside these interview slots that she might have a vague notion we have met before. To think she would remember either my face or name (after the number of interviews she does) would be ridiculous, although I’d bet money that she would absolutely know the magazine we had chatted for. To me, that doesn’t matter. What does is that I’ve had a glimpse into the making of someone as skilled and decent as Saoirse Ronan, and gleaned some small level of insight into what makes her tick. That’s a privilege and an honour.”

The February/March 2018 issue will be available on all Aer Lingus planes from February 1 and online at issuu.com/caraaugust. Lady Bird is released in Irish cinemas on February 23.