Pop star Justin Bieber may be the current king of catchy pop tunes (we still love Sorry), but he is in no way immune to criticism, least of all from the younger population.

An 11-year-old schoolboy from the UK has given Bieber a stern telling off for his shoddy grammar in the form of a brilliant letter, which has gone viral over the last 24 hours.

The letter – which his teacher Louise Williams shared originally shared on Facebook, informed the singer that he wanted to “raise an issue about your song Boyfriend” – and goes on to make his point quite clear. Bieber’s grammar is wrong, all wrong.

“In the song, you can be heard – on a number of occasions – stating ‘If I was your boyfriend’,” the primary student wrote.

“Here you have clearly used the subjunctive mood incorrectly. The correct lyrics should, in fact, be ‘if I were your boyfriend.”

“This is a very common mistake made by the general public today; however, if role models (and popular singer/songwriters) such as you cannot use it, why should we make the effort to study and use such grammatical forms correctly?” he continued.

He goes on to stress the importance of correct grammar usage and advices Bieber to take this on board, finishing with this absolute burn: “My final point is this: If current performers, such as Beyonce can write a song using the subjunctive mood correctly, so must you.”

And that, ladies and gentleman, is how it’s done.

Read the full thing below: 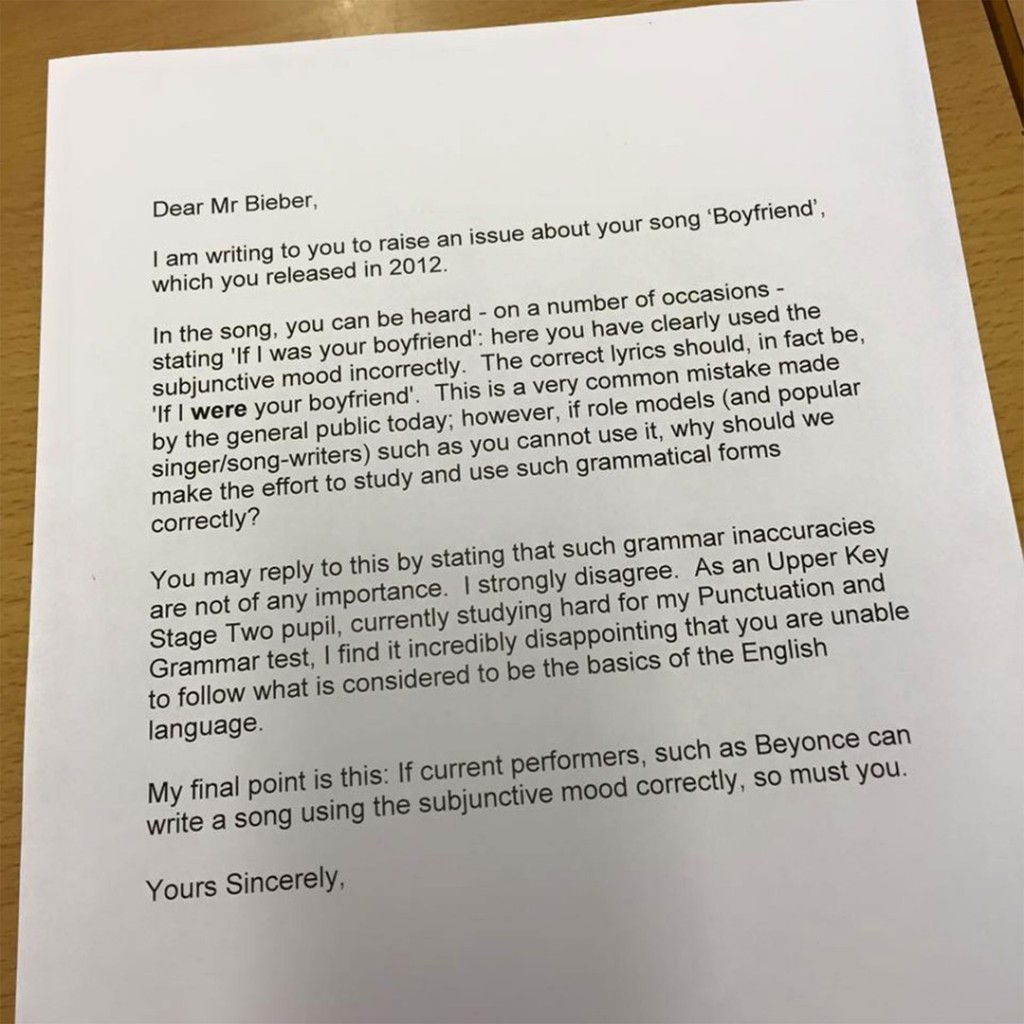 Some online meanies then pointed out the grammar in the letter isn’t exactly perfect, but leave the kid alone. He’s 11 and learning and is definitely a future candidate for president.