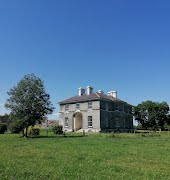 This morning marked another Image Networking Breakfast, this time with Jo Malone, and we found ourselves thoroughly inspired.

We were promised a heat wave today and while the sun gods may not have delivered on the SPF front, we did end up finding ourselves enlightened and inspired – the lofty language is thoroughly deserved – by the force that is Jo Malone.

This morning Grand Canal Dock’s Marker Hotel hosted our May Image Networking Breakfast with the famous scent creator. Jo Malone delivered a speech on her career to a packed room of over 300 women, with a smattering of interested men, and left people overwhelmingly impressed by her resilience and survival instinct.

The entrepreneurial heroine related her life’s journey from a council house to her first job in a florist to the brand making behemoth she is today. That first job followed her dropping out of school in her mid-teens to take care of her ill mother and ended with her throwing a vase of water at the manager. They did not get on. That stint however awakened her to the possibility of scent. Malone then found herself in a deli where her salmon sandwich-making skills and propensity for helping the homeless did not garner her employee of the month. It was around this time that she met her future husband, Gary, and the road to international fame was first embarked upon. In their cramped kitchen they began producing oils that garnered a word-of-mouth reputation and the first ?official? batch sold out. From there she and Gary set up a shop and it is because of this humble and plucky beginning Jo still refers to herself as a ‘shopkeeper?. Nothing more, nothing less.

Acquisition was a constant topic in the Jo Malone household but it was to be many years before Malone felt comfortable selling the business, finding a perfect partnership in Est?e Lauder. The year after that was a whirlwind of cities and launches only for it all to be derailed by a breast cancer diagnosis. After finishing an aggressive year of treatment Malone, then mother to a young boy, felt it was time for her to move on from her eponymous brand. She took a few years out, thanks to a non-compete clause, only to find herself getting back in the creative scent-making game in the past few years. Jo Loves sprung from this insatiable passion and has a thriving London store with global expansion plans.

During the morning attendees tweeted furiously – we trended all morning! Caffeine was IV’d and the Q and A session was a veritable love-in with everyone beyond impressed by how Malone copes with her dual identity and manages leadership. Her approach to business is grounded in a positive attitude. ?I’m sorry and thank you will get you a very, very long way in life.? We feel that every person in the room grabbed their notebooks to take down her five ?heartbeats? for business – Inspiration, Innovation, Ignition, Integrity, Instinct.

Newbridge Silverware were on hand to share details about their 80th anniversary celebrations and KBC Bank spoke about the importance and high-caliber of the IMAGE Networking Breakfasts. Guests left laden downwith ?goodie bags containing some of Jo Loves most prized scents (“Pomelo is my best friend”) as well as delicious McCarron’s candy and Butlers Chocolate, and vouchers for Di Milo Hair Design – we can’t think of a more perfect breakfast?