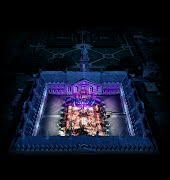 Scarlett Johansson May Have Gotten Married…

2014 will be remembered for many things. ISIS. Ferguson. The water charges. Secret celebrity weddings. Yup. The biggest Tinseltown trend these past few months has been the unannounced marriage.

Angelina and Brad walked up the aisle in August 2014. Cheryl Cole brought black bridal gowns into the public eye as well as hitherto unknown pop-up restaurateur and French man Jean-Bernard Fernandez-Versini, when she secret-married on Mustique. Olivia Palermo and German model Johannes Huebl kept their New York City Hall ceremony under wraps, until Olivia shared her jumper-tulle combination with the world via Instagram. Mary-Kate Olsen and Olivier Sarkozy still haven’t confirmed anything despite the presence of tell-tale jewellery.

And now it seems Scarlett Johansson may have joined the club. Page Six reports that the Captain America: The Winter Soldier actress has been married for some weeks now and wedded her fianc? Romain Dauriac after the birth of their daughter, Rose Dorothy, last September.

The couple are very protective of their privacy and do not like to court the press, so it makes sense that their wedding would be low key. ?A source claims, “They kept the wedding a big secret because they both wanted privacy.”

The only facts emerging so far about the ceremony is a hint at location – apparently Dauriac and Johansson exchanged vows at a secret location in the states. As for the gown? No one knows for sure what ScarJo wore, but we’re going to narrow our bets down to Stella McCartney and Dolce & Gabbana. The latter has been a red carpet favourite for nearly a decade at this stage while she’s chosen to wear Stella increasingly in recent years.