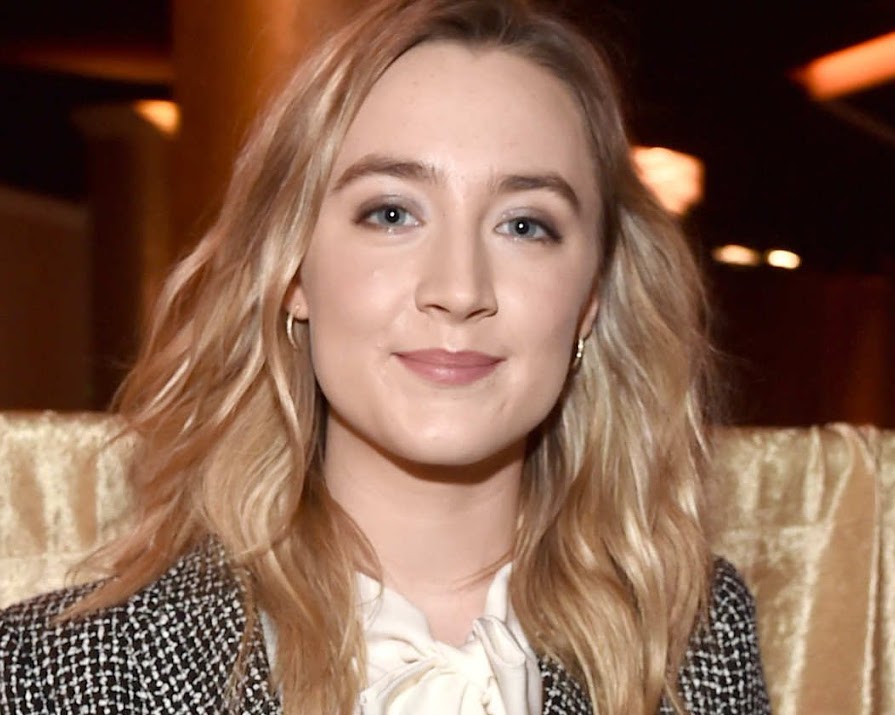 She’s done it again! Our Saoirse Ronan is one step closer to that much-deserved Oscar after receiving a Best Performance by an Actress (Musical or Comedy) Golden Globe nomination for her leading performance in Lady Bird. And she’s not the only one proudly waving that Irish flag; a slew of additional talent has also received nominations:  Martin McDonagh also earned a nomination for Best Director for his latest film Three Billboards Outside Ebbing, Missouri and Irish actress Caitriona Balfe was also recognised for her role in the acclaimed Outlander for the third year in a row with a Best Performance by an Actress in a Television Series. Cartoon Saloon’s The Breadwinner is among the nominees for Best Motion Picture (Animated).

The Globes are a strong indication of the Oscar nominations slash wins that usually follow, but Ronan has already racked up a rake of other nominations for her role in Lady Bird – a performance critics cited as one of the best of the year – so this added gem just cements what we already suspect: that Ronan will be walking that Oscars red carpet in 2018.

Directed by Greta Gerwig in her striking directorial debut, Lady Bird – released in Irish cinemas on February 23rd – has already broken records, recently becoming the best-reviewed film of all time on Rotten Tomatoes with a 100% score after 189 reviews (knocking 1999’s Toy Story 2 out of the top spot). Ronan won the award for Best Actress at this year’s  Gotham Independent Film Awards and has also received a Best Actress nomination for The Critics’ Choice Awards (held on  January 11th, 2018) for her role in the film. Lady Bird has also been nominated for Best Picture Comedy or Musical.

Some more of the Golden Globes nominees are below, see the full list HERE.

Ridley Scott, All The Money In The World

Best Performance by an Actress in a Motion Picture, Drama

Sally Hawkins, The Shape of Water

Michelle Williams, All the Money in the World

Emma Stone, Battle of the Sexes

Call Me by Your Name

The Shape of Water

Best Performance by an Actor in a Motion Picture, Drama

Timothée Chalamet, Call Me By Your Name