They were photographed emerging from Spencer House, an 18th-century aristocratic palace in central London.

Murdoch’s News U.K. confirmed Murdoch and Hall, who announced their engagement in January, had married.

It is the fourth marriage for 84-year-old Murdoch and the?first for Hall, who is 59.

It is the former model’s first marriage. She and her former partner Mick Jagger had an unofficial private Hindu marriage ceremony in Bali, Indonesia, in 1990, however, during divorce proceedings in 1999 a British court declared the marriage invalid. 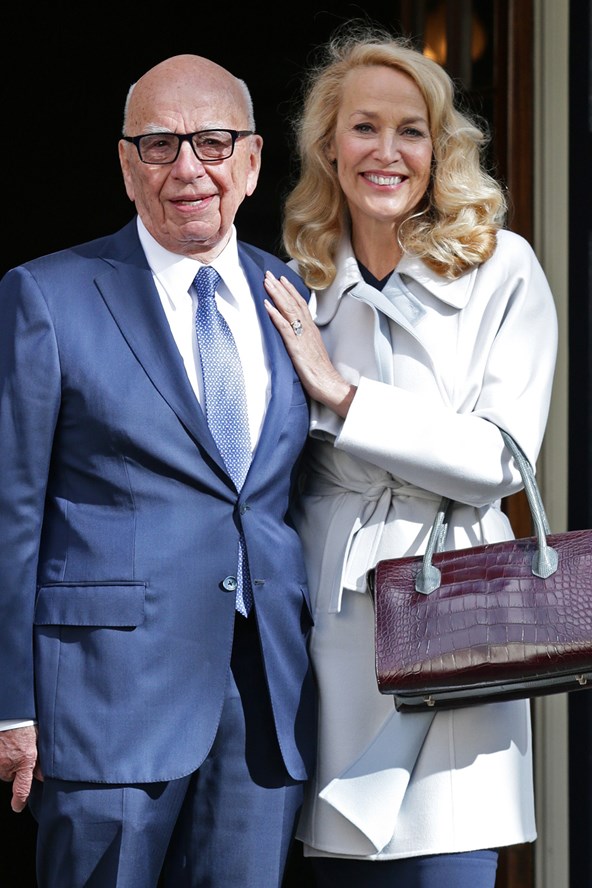 Murdoch and Hall held?a private celebration ceremony at St. Bride’s, the ?journalists? church? (fitting, considering Murdoch’s background) in London’s Fleet Street on Saturday. The couple have been an item since last summer and were engaged only five months before making things official.

Hall went for understated glamour for the civil ceremony, pairing her white?MaxMara trench?with?black tights and flat black pumps, while Murdoch wore a classic navy suit. While all eyes were on the couple, we can’t take our eyes of Hall’s incredible sparkler said to be worth around 2.4 million. Well, if you’re going all out… 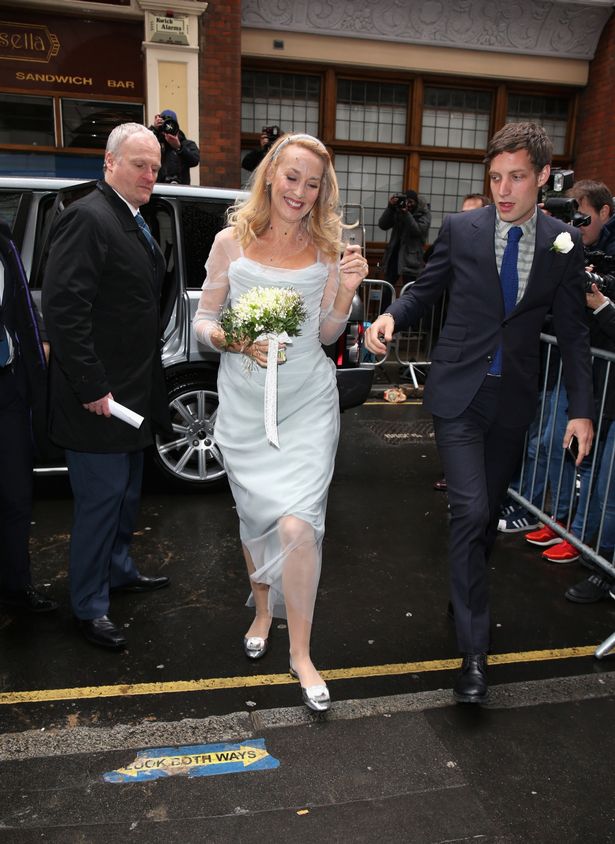 Her dress for today’s more lavish affair?is said to be specially designed by Vivienne Westwood and was a practical, yet elegant baby blue mid-length gown. Six of their children from previous relationships (including Hall’s model daughter, Georgia May Jagger)?attended as bridesmaids. In total, the couple have ten children between them; Hall has four and Murdoch has six. 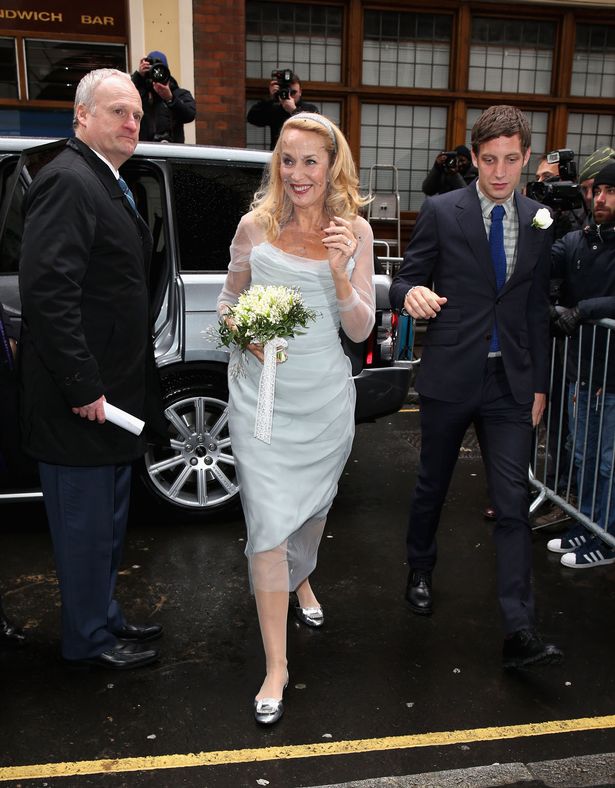 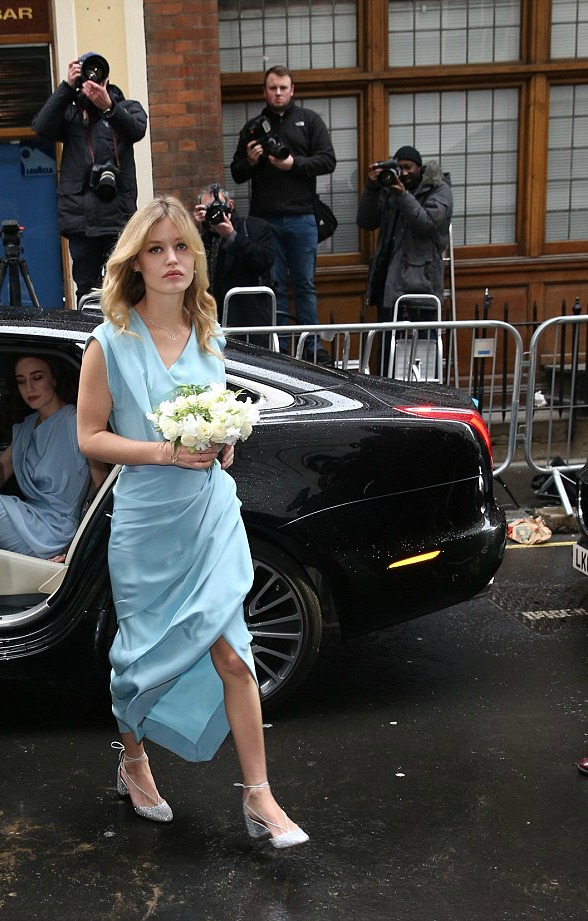 Shortly after the civil ceremony, Murdoch tweeted, “No more tweets for ten days or ever! Feel like the luckiest AND happiest man in world.” 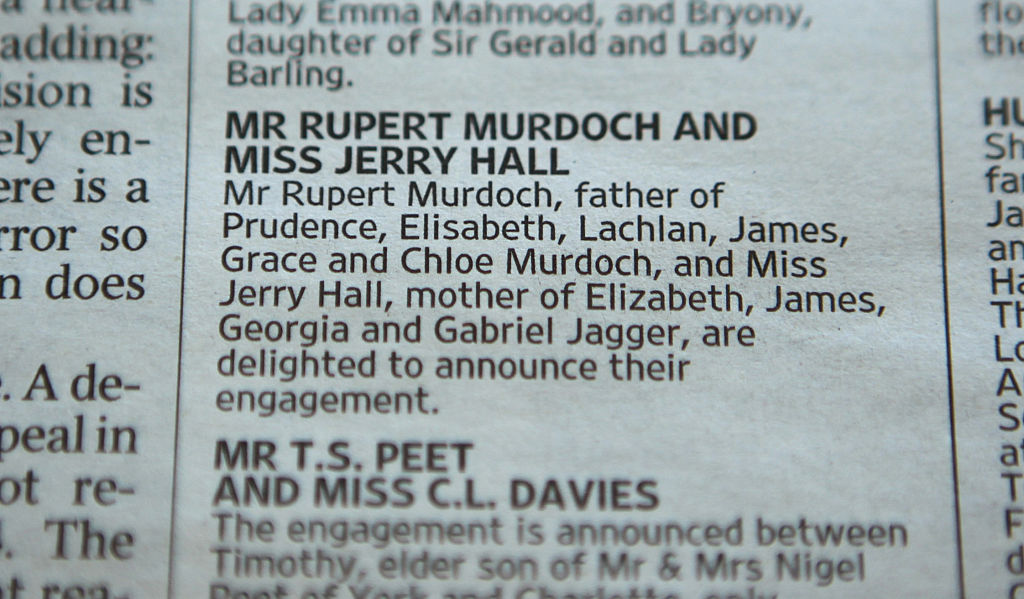 The pair were introduced in Australia last year by Murdoch’s family. They?went public with their relationship in October when they attended the Rugby World Cup final together at Twickenham and announced their engagement in the births, deaths and marriages section of one of his own newspapers, The Times, in January.