Actors Rose Byrne and Bobby Cannavale have welcomed their first child together.

A clearly beaming Cannavale revealed onThe Late Show with Stephen Colbert that their son was born earlier this week.

Cannavale said his “beautiful” baby, who they’ve named Rocco, was arrived on Monday, February 1st. “You know, I didn’t do anything … and I’m so tired,” the Vinyl star, 45, told Stephen Colbert. “I think I’ve gained 28 pounds since Monday.” He said both he and Byrne were “really excited” about becoming parents, adding’mother and baby are “doing great.”

The X-Men: Apocalypse actress, 36, debuted her growing baby bump at LAX airport back in October, but the couple were tight-lipped concerning details of her pregnancy, as they are both extremely private. 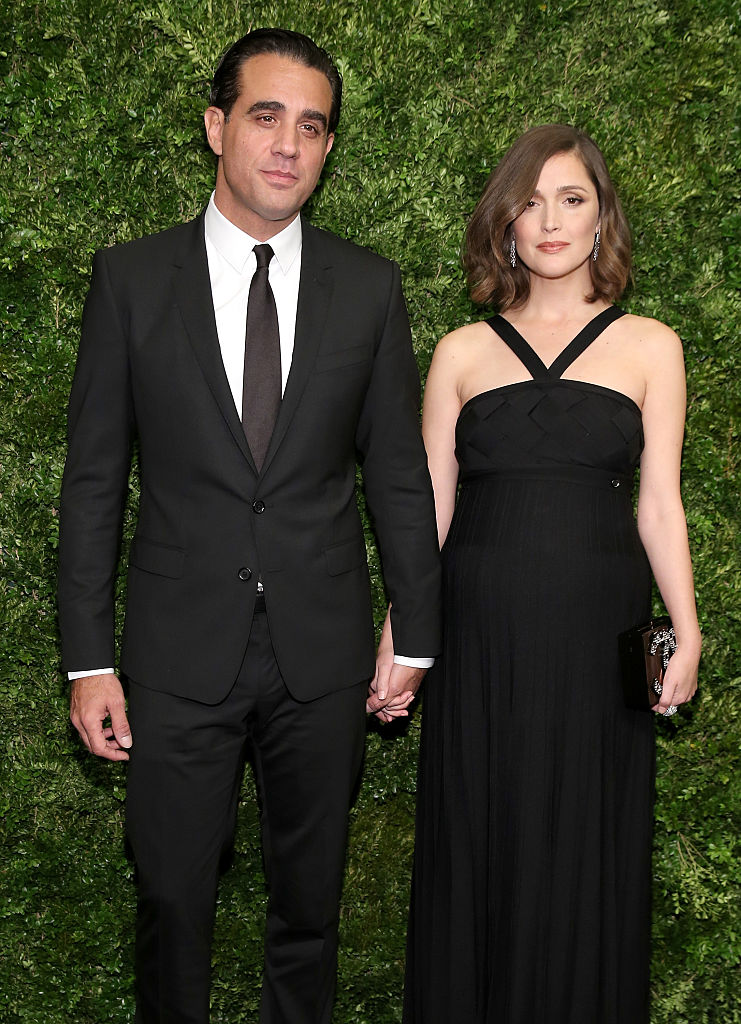 Byrne and the Boardwalk Empire star?began dating in 2012. Since then, they’ve worked together a number of times in 2014’s Annie and Adult Beginners and 2015’s Spy. Byrne also recently set up a female-led film company.

This is the first child for the couple.

Byrne admitted last year?romance wasn’t?necessarily her forte. “To be honest, I’m not naturally that much of a romantic person – Australians don’t like making a fuss,” she told Elle magazine. “I have trouble with things that feel very manufactured, like Valentine’s Day. I’m trying to get better at romance.” However, they are quite the adorable couple. Remember when Cannavale called Byrne ?the”love of my life” when accepting his award for Outstanding Supporting Actor in a Drama Series at the 2013 Emmys??It was genuinely lovely.

Congratulations to the proud parents?- we love the name choice too.