Ellen Lunney shares her rhubarb tart recipe, perfect for making the most of the rosy fruit’s season.

Growing up in a house in Rathfarnham with six vegetable beds, two apple trees and a cold frame, my brothers and I were lucky enough to eat something from the garden almost every day. Much of this produce felt like a treat – I remember many happy afternoons shelling peas in a sunny spot on the living room floor, and I was fiercely protective of a hidden bramble that produced one or two loganberries every summer.

But some of the crops felt never-ending. As a child whose greatest vice was novelty, it often felt like the contents of the garden dominated proceedings in our household. Leeks and kale seemed to grow in infinite supply, and cries in the supermarket (actual tears, even then I was very particular about food) for profiteroles for Sunday dessert would invariably be met with the reminder that there was rhubarb in the garden that ‘needed using up’.

The rhubarb in question grew in a dank patch near the compost, and it always seemed to turn from pretty little pink buds to thick relay race batons overnight. It grew too fast, tasted too sharp and consequently was hard to love. But when I grew up, moved out, and started trying to grow food myself on windowsills in Portobello, Phibsborough and in London, I realized how much eating in step with the seasons matters to me.

Now, after a winter of dutifully eating cabbages from the farmers’ markets, forced pink rhubarb, with its frilly tops and sweet shop hues feels like the ultimate treat – seeing it makes me feel like spring has really arrived. 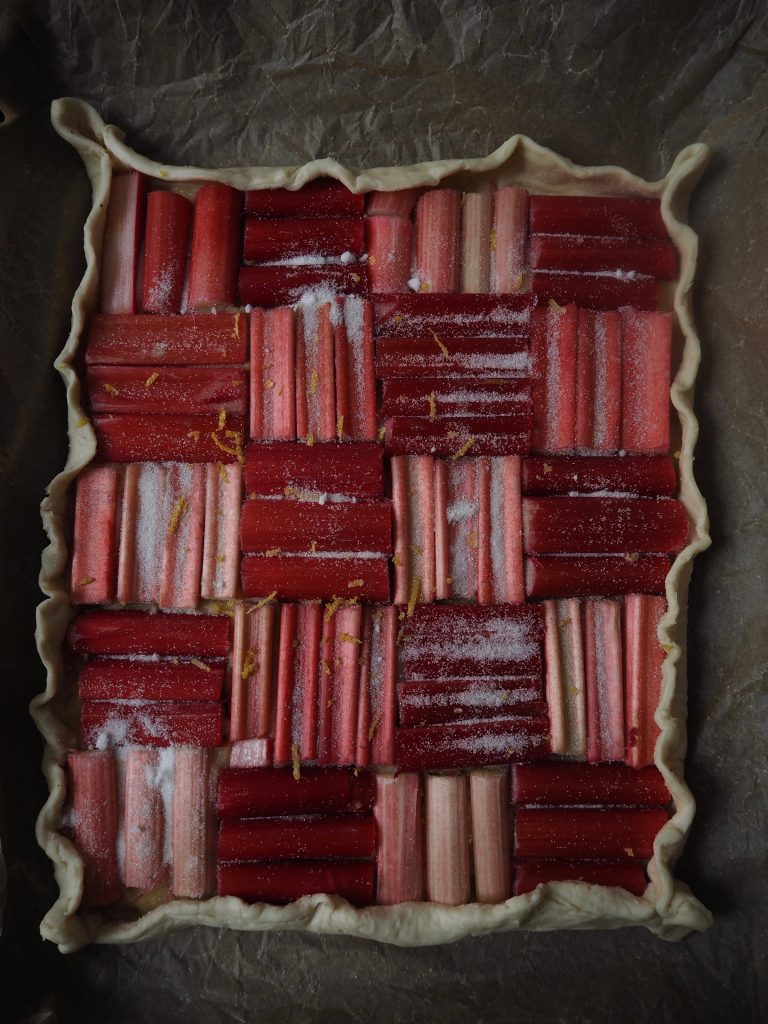 This tart is a simple, easy way to celebrate rhubarb – either forced rhubarb, or forced-on-you rhubarb. If you’re using the latter, later, hardier type, increase the amount of sugar that you sprinkle over before baking by a tablespoon.

1 roll of ready-made puff pastry, rolled out to a 35cm x 23cm rectangle

Zest of half a lemon

Preheat your oven to 200°c. Place the puff pastry onto baking parchment and slide onto a large baking tray.

To make the frangipane, combine the ground almonds with the icing sugar, the crème fraîche, the egg, the vanilla and the lemon zest. Use a butter knife to lightly mark out a rectangle a few centimetres in from the edges of the pastry, so that it looks like a picture frame. Spread the frangipane evenly across the inner rectangle, leaving the outside ‘frame’ free.

Cut the rhubarb into batons. Arrange the rhubarb pieces over the frangipane in whatever pattern you fancy and sprinkle over the caster sugar. Fold the edges of the pastry up and crimp around the rhubarb to adhere. Brush the pastry edges with a dash of milk. Bake for 20-25 mins, or until the rhubarb is tender and the pastry is deeply golden but not browning. Cool on a rack for a few minutes then serve with crème fraîche.

Photographs and recipes by Ellen Lunney

This recipe originally appeared in the 2018 issue of Garden Heaven, on shelves now, or available for purchase here. 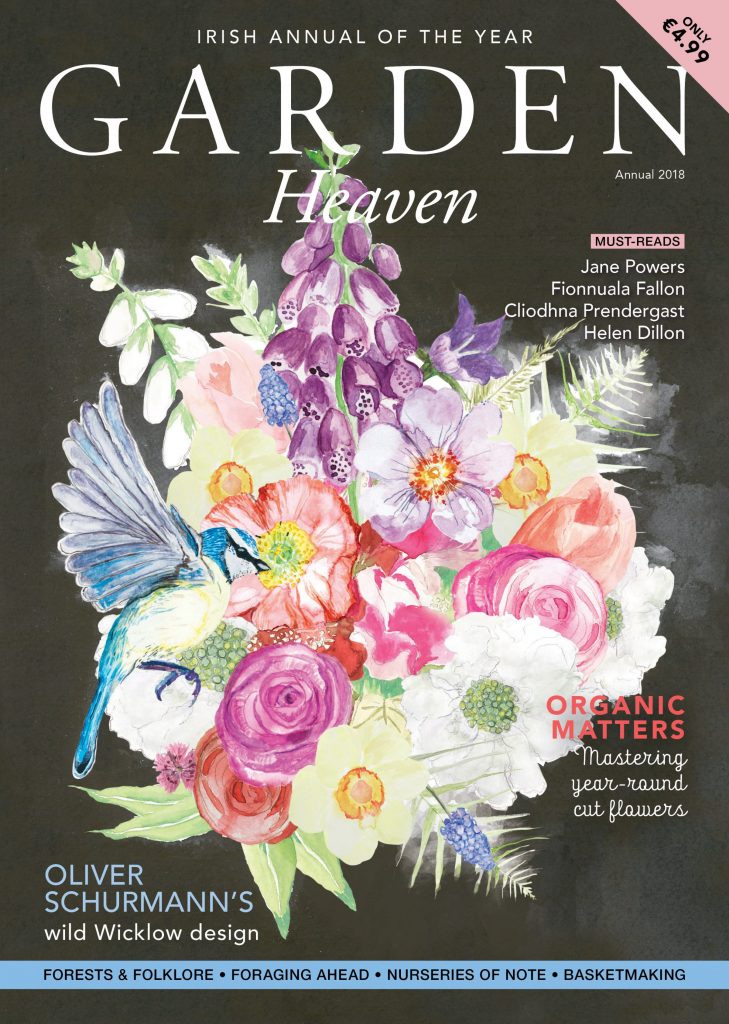