Erica Cody does not want you to touch her hair. The Dublin R&B singer-songwriter has taken the city by storm over the last few years, and with her debut EP Leoness released today, it won’t be long until you’re hearing her name everywhere. But sultry R&B tones reminiscent of TLC and Aaliyah in their 90s heydays don’t stop the odd ignorant comment. Constant questioning of her background might have led others to suffer in silence, but not Cody — frustration spawned her single Where U Really From, the D.T.M.H (Don’t Touch My Hair) project, and an EP that’s a perfect time capsule of young life in Dublin as a black Irish woman.

IMAGE sat down with Erica to chat about her history of writing music, her biggest influences (big thanks to her dad for his New Edition obsession), and the trials and triumphs in life as a Leoness. 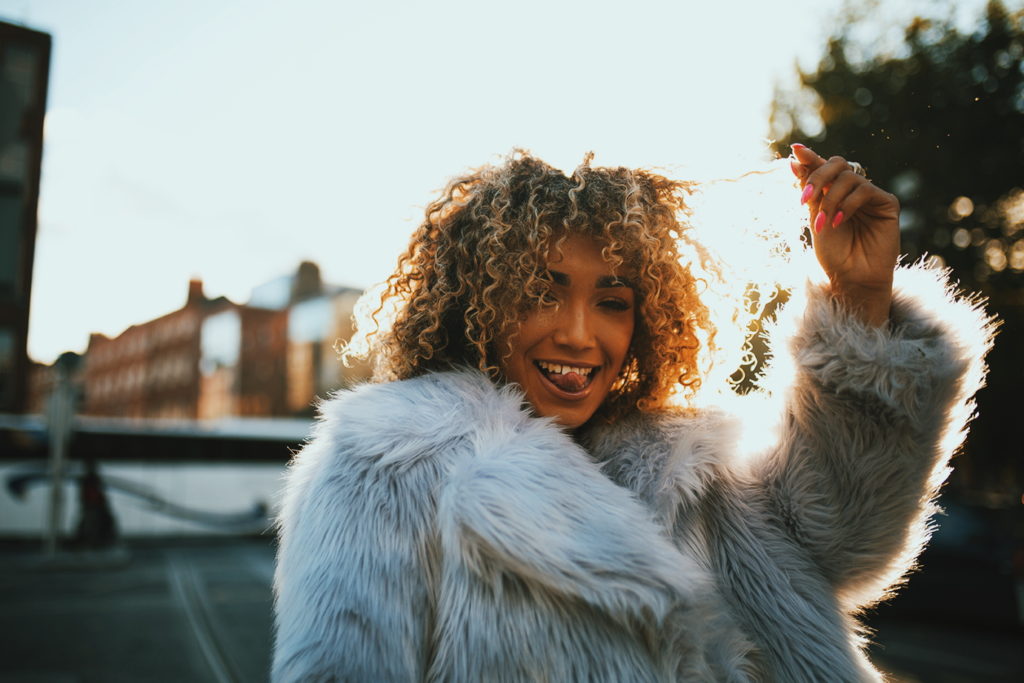 My earliest memories of actually writing were probably when I was about seven or eight. I just kept writing nursery rhyme-type songs. When I was ten, my mam was diagnosed with cancer, and that’s when I started keeping a journal to write about what was going on in my head. Writing turned into poetry, and poetry turned into songs — I knew that there was something there and that I just had to light it. I had a lot to express, and writing music was like therapy for me. As I got older, I started learning how to play piano and guitar, and when I got a laptop and got introduced to Garageband and production of music, that was when everything changed. I realised that there were so many other ways to make music, and it’s so important to learn how to do a lot of those things yourself, especially as an independent artist.

Leoness and Where U Really From

With Leoness, every song on the EP was me finally getting to use my voice and to let others hear me roar. With Where U Really From, I had never heard songs like that growing up. I thought it was okay for people to be constantly questioning where I was from, and touching my hair without permission. But when I got older, I realised that my hair is something that I’ve had to grow to love — it wasn’t always something I embraced because I got a hard time for it. When it comes to my appearance, my features, my hair, it’s a lot bigger than just how I look. It’s my dignity, and it was like an invasion of my space when people would touch me. I felt like an animal, and it made me want to do something to break down those barriers and call that out.

That’s where the campaign D.T.M.H (Don’t Touch My Hair) came from. It’s something that has to be talked about and normalised, especially in 2019. Not every person you see is going to be the traditional white Irish image anymore, and the mantra of “don’t touch my hair, don’t touch my story” stands for anyone who has faced discrimination, not just those who look like me. This is finally me using my voice and platform in the right way.

I come from a background where I was never going to be anything other than myself. My family is full of very driven, hard-working women, and when it came to me doing what I wanted, they were all for it, and so was I. Now, if anyone tries to change me or my music, I have the strength to say no. It might be a longer ride to success, and other people may not understand, but I have to be unapologetically myself. I just think it’s so important to have a message behind your work — people want something to relate to.

Around this time last year, I felt heavy, like I had something on my shoulders that I needed to talk about but didn’t know what it was. One day, a woman in work came up to me and asked where I was from, and I said Baldoyle. And she followed up with “where are you really from”. I was born in the Rotunda around the corner! That’s what did it for me. My being Irish is not a big deal. The approach of someone needing to know everything about you, and feeling entitled to know your story is just something that really got to me, and I knew I had to follow that.

With Leoness, I wanted these five songs to reflect what I’ve been going through over the past three to four years. Some of the songs are older, but Where U Really From is the most recent. Once I wrote that I knew that the EP was done. I knew I could be really happy with it. I don’t believe that you can go into a studio and record an EP in a week. If you’re passionate, it’s important not to rush things. In order to write, you have to actually go through things in life and come out the other side.

My mam is Irish and my dad is from South Carolina, and where they always meet in the middle is music. My mam listens to a lot of Foxy Brown and Queen Latifah, all these badass female MCs, whereas my dad is into New Edition, Jodeci, SJB, Aaliyah, TLC. One day when I was about 14, my dad sat me down at the computer for three hours and showed me every piece of 80s and 90s R&B he could find, and that was it. I was off and there was no stopping me. Ever since that day, that was what I wanted to do, and I was constantly thinking about how I could make this type of music fresh and current.

You’re not going to please everyone, and I do get people slagging me for trying too hard to be “American” — obviously that’s not the case at all and they don’t know my backstory. You need to just stay true to yourself because there are plenty of people out there who are going to love your music for what it is. They are the ones that you need to stay motivated for and keep writing for. With music like rap, no one would slag off UK grime rappers for using their own accents, but when it’s an Irish one, we all begrudge it. With the likes of Mango X Mathman and Kojaque rapping in their own voices, I think they’re the main elements of bringing it to the mainstream and making it cool.

Last year, I didn’t set any expectations for myself. I was recording my EP, writing music, and writing my college thesis, but when summer hit, everything just snowballed. Longitude, Electric Picnic, supporting Jessie J, singing the national anthem for 35,000 people on CBS. From not setting expectations, it allowed me to grow and enjoy the ride more, and I think that’s what I want to keep doing. Obviously, I set goals, but I don’t want to limit and pressure myself into working towards just one thing. Everything that happened last year exceeded any expectation I could possibly have had for myself. I want to get Leoness out there into the world, and let her to do her thing with no pressure. After that, I just want this year to be about new material and new collaborations with creative people. I want to give Ireland a big year for this music scene because it’s been a long time coming.

5 underrated festive albums that belong on those Christmas playlists

Directed by Blake Lively and starring Miles Teller, Taylor Swift drops video for ‘I Bet You Think About Me (Taylor’s Version)’