Shoes that double as public transport tickets? Welcome to 2018

Well there you have it, the world in which we live has officially reached Futurama status. Now that the Berliner Verkehrsbetriebe (BVG), Berlin’s public transport body, has teamed up with Adidas to create shoes that legitimately act as a transport ticket, it seems that all we’re missing from this visionary world is a talking crab named Doctor Zoidberg, and a Mars-bound rocket ship. Oh, wait.

On Jan 16th (marking BVG’s 90th birthday) Adidas released 500 pairs of these limited edition creations in just two stores in Berlin. According to several reports, just over 500 eager sneaker (and transport) fans camped overnight in an effort to secure themselves a pair, and by the end of the day every last one had been snapped up. 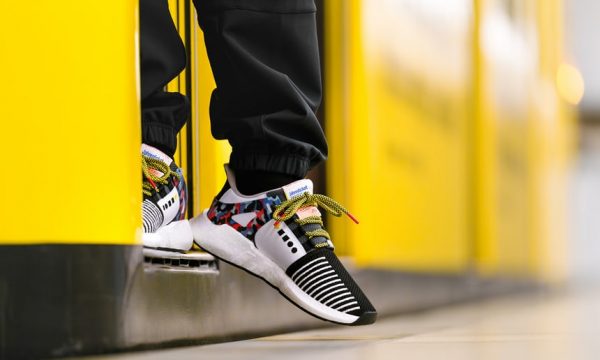 The shoes’ motif is Berlin’s U-Bahn pattern and they enable the wearer free travel on the all U-Bahn, buses, trams and ferries until 31 December 2018. While an annual BVG ticket can cost between €728 and €761, these trainers only €180, making them a relative bargain.

Consider this our pledge to Iarnróid Eireann to start a collaboration with Ireland’s top fashion designers for a transport trend directed by functional fashion. And why stop at just shoes? A “ticket-necklace” from Chupi, a “ticket-scarf” from Avoca Handweavers, even some “ticket-socks” from our much loved Socksciety could all be worthy contenders!

Something like this has the potential kick off a complete fashion revolution and, excuse the pun, it’s an idea that we’d definitely want to get onboard.