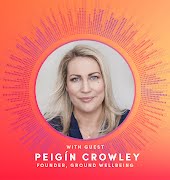 Actress Priyanka Chopra isn’t the first person to insist that racism is behind much of the media’s treatment of Meghan Markle, but she is right to say it publically

Actress Priyanka Chopra says she believes the reason the British press, in particular, is so hard on Meghan Markle is simply down to racism. Chopra is one of few public figures to openly discuss the way in which the newest royal has been treated since she began to date Prince Harry.

In a new interview with the Sunday Times, the Quantico star spoke about what it’s like seeing people be so brutal to her friend in the press, challenging the racist abuse Meghan has faced since becoming involved with the British royal family.

Related: Will we ever stop pitting Meghan Markle and Kate Middleton against each other?

When asked if the seemingly relentlessly criticism of Duchess Meghan is rooted in racism, Chopra replied, “Of course it has to do with racism, it’s an obvious reason. But the beauty of Meg is that she’s been herself through all of this. A lot of people got to know her after everything [once she started dating Harry], but I knew her before and she’s the same chick.

“Now that she’s got a real platform, she talks about the same things she always did. We spent hours speaking about the difference that influence and dialogue can make to the world before this whole thing happened, so what you see now is authentically her. She’s always been the girl wanting to move the needle,” she said, recently dispelling any “feud” between the pair.

While these are great gift ideas… this story is untrue, and I was actually in town for work. I hope whoever this “source” is starts checking their facts more often. https://twitter.com/TheSun/status/1134288916763357184

Actor George Clooney hinted at the same thing, calling out the press for “vilifying” Markle as they did Princess Diana, but the problem started well before she officially became the Duchess of Sussex.

So much so that the palace, which rarely speaks on these issues, has called out the media twice for racist coverage of the former Suits actress.

“She’s a woman who is seven months pregnant and she has been pursued and vilified and chased in the same way that Diana was and it’s history repeating itself,” he said.

A “wave of abuse and harrassment”

The palace released a statement which condemned the coverage of Markle when it first began, insisting she had been “subject to a wave of abuse and harassment,” including a “smear on the front page of a national newspaper; the racial undertones of comment pieces and the outright sexism and racism of social media trolls and web article comments.”

In 2019, Kensington Palace is still attempting to combat online abuse targeting Markle on social media and at times, Kate Middleton as well. Palace staff are reportedly “spending hours each week moderating sexist and racist comments” aimed at the duchesses online. Both women are subjected to daily bouts of racism and classism by parts of the media, amplified in recent months by an attempt by certain tabloid publications to “pit” each woman against the other.

But it’s Markle who is told she is “controversial,” she is “going against protocol”; being ostracised, made to be the “other” in the royal family in the way that the Duchess of Cambridge is not.

We need more like Chopra, using their platform directly to call out such treatment for what it is: unacceptable,  as opposed to calling it “criticism,” something which is dismissed as simply going hand-in-hand with being a public figure – and letting it lie.

And yes, Markle may have remained herself throughout, but why has she had to be subjected to this at all?

More importantly, when will it stop?

That is the bigger question.