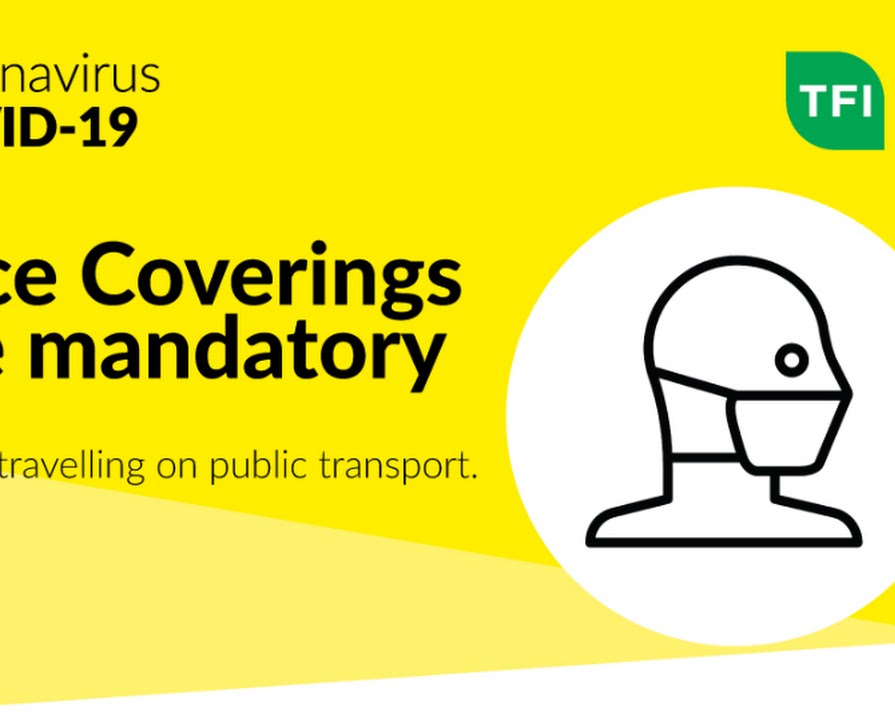 Despite an overall increase in the number of face coverings worn on public transport, some areas of the country are still seeing only 40 per cent of passengers wearing face masks

Last week, it was announced that face masks would be made compulsory on public transport.

This would coincide with many businesses reopening in phase three, allowing for capacity to increase from 20 to 50 per cent on public transport vehicles.

However, it appears that passengers are still not wearing face masks when riding the bus, train and luas.

Half of Dublin bus passengers are wearing face masks

As capacity has now increased on public transport from from 20% to 50% wearing a face covering is more important than ever. The use of face masks will help protect both passengers and drivers alike. pic.twitter.com/zm8hSwISNm

For commuter buses, this figure was significantly higher, with 75 to 98 per cent of passengers wearing face masks on Bus Éireann commuter services in the Greater Dublin Area and on city services in Cork and Waterford.

Limerick and Galway have seen the lowest percentage so far – just 40 per cent of bus passengers were reported to be wearing face coverings.

Rural areas have been the most consistently compliant with the new public transport standard. 90 per cent of passengers are wearing face coverings on Local Link services in places like Donegal, Laois, Offaly, Longford, Westmeath and Roscommon.

The majority of train and Luas passengers have been compliant too. Iarnród Éireann reported that 60 per cent of train passengers arriving and departing from Heuston Station are wearing face masks.

During morning and evening peak hours, most Luas passengers are wearing face masks, with numbers slightly lower in the less busy, evening hours.

Signage about the new face covering requirement is posted on buses and in train stations, yet official enforcement probably won’t take place for a few weeks time.