So, this month’s US Vogue is gaining all sorts of traction for its interview with cover star Cara Delevingne. In the interview, the model-slash-actress opens up about her life and how there were times she felt close to suicide early on her career.

She even opened up about her mother Pandora’s battle with heroin addiction and how that affected her upbringing. However, the part of the article that is attracting all the media attention is Cara’s comments on her sexuality. The model is currently dating the singer St. Vincent after being linked to various celebrities, male and female, in recent years.

The Paper Towns actress speaks about coming out as bisexual, and how she struggled with the label. The writer of the piece, Rob Haskells, is facing an onslaught of internet ire for the language he uses when describing Cara’s sexuality, especially for this snippet: ?Her parents seem to think girls are just a phase for Cara, and they may be correct?. 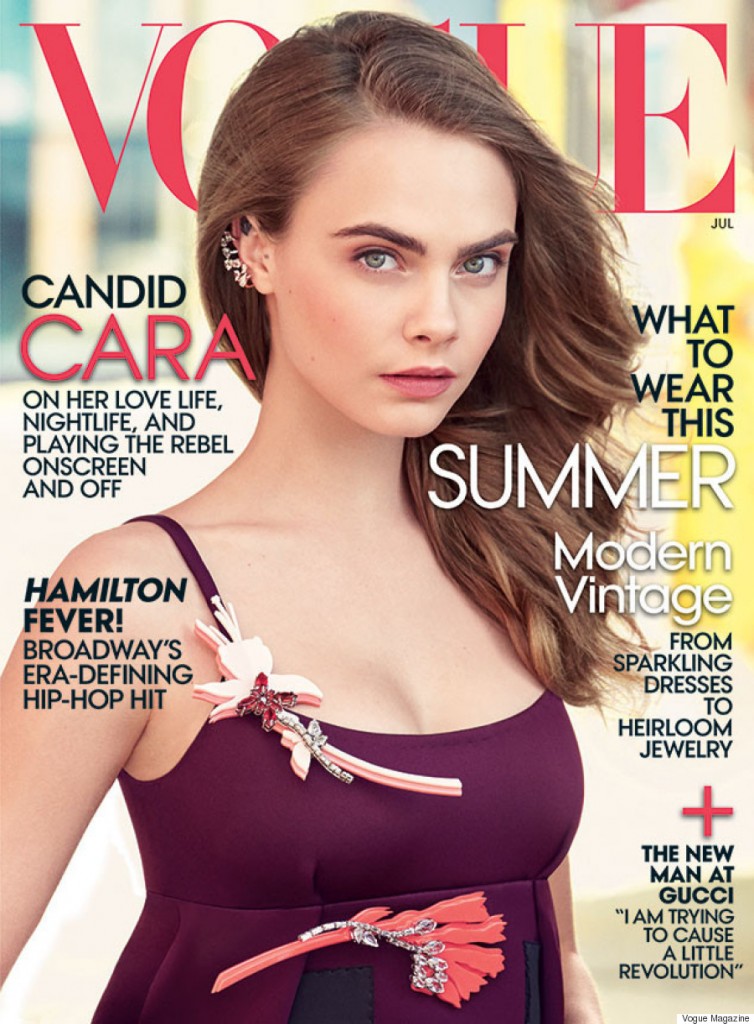 It’s a bit of a weird insert after Cara spoke so openly and said heartfelt things like, ?It took me a long time to accept the idea, until I first fell in love with a girl at 20 and recognised that I had to accept it? and ?I think that being in love with my girlfriend is a big part of why I’m feeling so happy with who I am these days. And for those words to come out of my mouth is actually a miracle.?

Naturally people, including members of the LGBTQ community, are upset that a Vogue writer decided to dismiss an intrinsic part of someone in a matter of words. Over 13,000 people have signed an online petition asking Anna Wintour to issue an apology. The Daily Mail reports that signatures from countries like The Netherlands and Azerbaijan number among the 13,000. The petition’s author Julie Rodriguez wrote: ?People are quick to assume queer women’s identities are a ‘phase’ and to refuse to recognize the important relationships in their lives – an attitude which can cause depression, result in families rejecting their daughters (or forcing them into abusive conversion ‘therapy’), and even put young women at risk of suicide.?Vogue?should have taken this opportunity to combat negative stereotypes, not reinforce them.?

Do you think people have a right to be majorly pissed off about this?