In his first post-Normal People project, the now Emmy nominated Paul Mescal opts for a thriller, with a four-part series written by Derry Girls creator Lisa McGee and Tobias Beer. You just know it’s going to be good…

The Donegal-set series is about a “young Cambridge student  (Ophelia) who falls in love with her Irish lecturer (Dr Michael Callaghan) and follows him to Donegal. While there, a mysterious death takes place involving the lecturer’s wife and everything she thought she knew about him starts to fall apart,” according to the series creators.  It’s in Ireland the young student meets Mescal’s character, local builder McKeough who becomes her confidante. 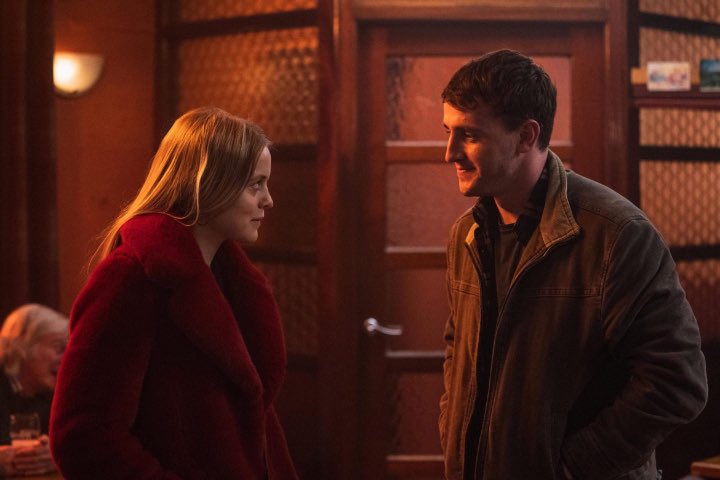 “We wanted to do a modern, long-form version of those classic gothic thrillers like ‘Rebecca’ and ‘Gaslight’. And hopefully, update them a little bit – particularly in terms of the female heroine – making her a bit more active than she is rather than the traditional victim,” they told Entertainment.ie.

Ophelia will be played by Emily Reid, Dr Michael Callaghan by Emmett J. Scanlan with Mescal taking up the role of McKeough. Derry Girls star Ian McElhinney will also appear in the series, alongside Eleanor Methven, Louisa Harland, Shelley Conn, and Dempsey Bovell.

Mescal, meanwhile, told The Express of his nerves going to set, saying he wasn’t experienced enough to feel fully comfortable: “I had two days off after I wrapped filming on Normal People and then I started filming The Deceived.

“This is my second ever TV role. As for whether I was nervous…? Totally.”

“I don’t have enough experience to feel completely comfortable stepping onto set but everybody was so welcoming and kind on this show, ” he added.

This, we cannot wait for.

The Deceived starts from tonight, Monday, August 3rd on Channel 5 at 9pm

Read more: WATCH: We are swooning at Paul Mescal’s piano duet with his younger sister