#IMAGEinspires: Pamela Quinn Is The IMAGE 2016 Businesswoman Of The Year

We are delighted to announce that after all the hard work, excitement and glitz of the gala dinner and many awards handed out, Pamela Quinn is our overall 2016 IMAGE Businesswoman of the Year. Hailing from Co. Meath, she joined the global logistics giant, Kuehne + Nagel in 2001. Initially, in a financial, administrative role, she went full circle; she succeeded in adding tangible value and was rewarded in 2002 by being tasked with setting up a human resources function. In 2007 and at 30 years of age, she moved to a general management role, controlling the Dublin branch, where she grew turnover and net profitability in a three-year period by almost 100%.

Then 2010, Pamela took full control of all-Ireland operations, again overseeing a dramatic three-year growth cycle, which firmly placed Kuehne + Nagel as the largest and most profitable Freight & Logistics company in Ireland – a massive accomplishment. ?Further recognition came in 2013 when, aged 36, she was awarded the role of managing director for Kuehne + Nagel Ireland. She became the first female country managing director and is, quite simply, a logistics powerhouse.

She has been rightly described as a woman?who “bucks trends” in a male dominated,?conservative industry. Her ability, talent and sheer drive to push herself and her team to new heights has seen her succeed in what is typically a tough, and low-margin environment.

The road to success means?looking forward, not backwards 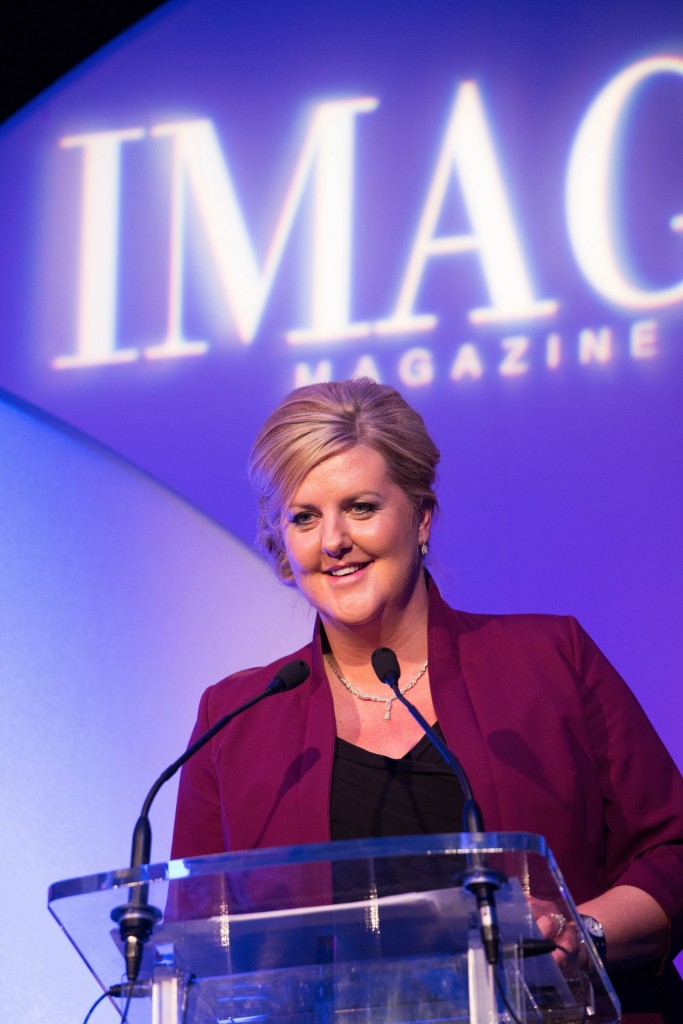 Upon accepting her award, Pamela was quick to point out that there was no big secret to her success, only “drive, hard work and investing time and building relationships with people,” but did say that she had a plan of action in mind to take the company to new heights of success. Her goal wasn’t to maintain the business, rather make it grow by making the company future-focused. “We always spoke in the past, what we did, why we did, did it work, etc. yet rarely spoke of the future,” Pamela explained. “So, I practically put a ban on speaking in past tense and instead got my management team to speak of what we could do and how we could achieve it and entirely focused on our future as a business instead.”

This approach and ignoring the “if it’s not broken, don’t fix it rule” lead to taking risks that paid off.?In the interim period to date, she has presided over outstanding growth, well in excess of the marketplace, strengthening Kuehne + Nagel‘s position at the pinnacle of the Freight & Logistics sector in Ireland.

She is also a huge advocate for female leaders within her organisation, leading by example bringing numerous female leaders through the ranks in the past three years since she became Managing Director. “Did I maintain the company as was expected? No, however, over the three years since taking over, we now have 75% bottom line growth, 50% more staff and’more woman in management positions that we ever did. Positions that didn’t exist those three years ago have created opportunities for internal promotions and to bring in new people with their experiences into Kuehne + Nagel.”

Congratulations to Pamela and all our winners. Be sure to view all our pictures and highlights from the night.?