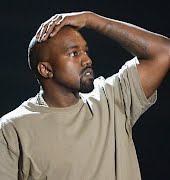 An Oxford University professor has claimed a vaccine could be available for the general public by September.

Sarah Gilbert is a professor of vaccinology at Oxford University and is leading a team of researchers in developing a vaccine to prevent the virus.

Although the World Health Organisation has previously said it would take 12 to 18 months to create a vaccine, Gilbert said she is “80% confident” the medicine her team has developed will work.

Human testing will begin within the next fortnight.

In an interview with The Times, the professor said: “I think there’s a high chance that it will work based on other things that we have done with this type of vaccine.”

“It’s not just a hunch and as every week goes by we have more data to look at … I would go for 80%, that’s my personal view.”

Professor Gilbert also said the British government will need to start production before it is proven to work in order to have it distributed by autumn.

“We don’t want to get to later this year and discover we have a highly effective vaccine and we haven’t got any vaccine to use.”

She is confident however that success is “just about possible if everything goes perfectly.”

Her comments come as the death toll surpassed 100,000 globally. The UK recorded 980 deaths yesterday alone, a number bigger than any day recorded in Spain or Italy.

Here in Ireland, 8,089 cases have been recorded with 287 deaths. While lockdown restrictions are to remain in place for another three weeks across the country.

Read more: IMAGEwrites: Eoin Higgins asks ‘Am I the only one finding video calls mortifying?’

Read more: People urged to ‘shine a light’ tonight for those battling Covid-19 and for our frontline workers

Read more: ‘In 12 hours she was dead’: Roald Dahl’s letter to anti-vaxxers following his daughter’s death

Covid-19 Booster Shots to reportedly be offered in early Autumn