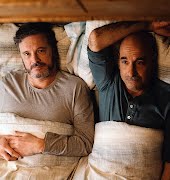 Is it ok to finish a professional email with a kiss?

Colette Sexton, news correspondent at The Sunday Business Post, on why kisses in work emails make her cringe.

Somehow the digital kiss, once the reserve of that awkward “Will I/Won’t I” time at the beginning of a relationship, has wormed its way into the working world.

Some people might think it rude not to include a kiss in an email, while others deem it inappropriate. Either way it might have negative consequences for your job. In Britain, a Labour MP Jess Phillips was rebuked by a judge for including a kiss in an email to a constituent in 2016.

Phillip was told by a judge in a Department for Work and Pensions tribunal case about a constituent’s access to disability benefit that her evidence in the case had to be treated with “caution” following an email she had sent to the constituent, which said: “Hi, hope you are well and are keeping smiling. Below is the email trail with the DWP, I will let you know as soon as I hear anything. Jess X”.

The judge said that “both the familiarity and the wording, and the fact that Ms Phillips places a kiss after her name, indicate a relationship of affection and friendship which goes beyond the parameters of a merely professional relationship”.

On Twitter, Phillips complained that it was “another example of where being an MP and a human is unacceptable”. I disagree. It is possible to be friendly while acting in a professional capacity without a few xxx’s.

Including a kiss changes the relationship from professional to something unknown. The recipient of the email might find it odd and they might feel uncomfortable about whether they need to return the kiss or not. It might seem like a frivolous thing to concern yourself with, but careers are all about perception. Plus sending a kiss to someone more junior, or indeed someone more senior, could be interpreted in a way you did not mean at all. You do not want to risk a reprimand at work or having to sit through a meeting with HR because you are over-friendly online.

And think about it – have you ever seen a straight man send a digital kiss in a professional email? I doubt it, and you would probably find it weird if they did. How we express ourselves in all forms of professional communications has an effect long term. Language moves on and evolves, but xxx’s are still too over-familiar for a work environment.

To sum up, the only KISS you should include in your work emails is the age-old rule: Keep It Short and Simple. Keep the x’s for your Mammy and your significant other, for the sake of your career.

‘I keep all the plates spinning because if I stop, I’m forced to face my thoughts’