It’s Not Just You: Everyone’s Baby Wakes At Night

You may have read a piece I wrote for IMAGE Magazine, about this time last year, in which I naively (okay, cockily) claimed I that had sleeping sussed for baby number two. Well, I bloody asked for the year of sleepless torture I’ve just had, with that one. I wrote it two weeks before he was born, poised to release the perfect baby from the sleepy confines of my womb. I knew exactly what had gone wrong with the first one; what had made him wake multiple times every single night for the whole first year of his existence; and how to fix it. My first mistake was being suckered into that cruel myth of the perfect baby. My second was thinking that this new child would be anything like the first.

Now, first time round, the problems were many and large. Having read into the early weeks of baby sleep, before he arrived, I knew that newborns dictate sleep schedules and that attachment is best. The problem was that by the time that newborn period was coming to an end and the little dude became ready for some sort of schedule; my brain had been replaced by a few old clumps of cotton wool, so I never got round to reading the relevant literature. Before you know it, the child is four months old; he’ll only nap in a moving buggy; only fall asleep at night with a breast in his mouth – and that goes for each of the almost hourly wakings he has throughout the night, too – the rubbish naps and rubbish night sleep were feeding off each other. I’d say it was a nightmare, but you need to be asleep for that.

Second time round, the issues were less obvious. I worked at putting him down sleepy but awake, when he was teeny tiny; graduating to awake and not even sleepy as he approached the three-month mark. He was getting into the swing of it; sleeping for longer periods at night (even through to 5am, a few times), going down easily for his naps. Smug as Jaysus, I was. Then the four-month sleep regression hit us like a freight train in the night. Back to hourly wakings for a good six weeks, which totally destroyed any progress we had made in the early months. Avoiding sleep associations? I would have offered him my brain to suck on, if it would’ve gotten me an hour more sleep. 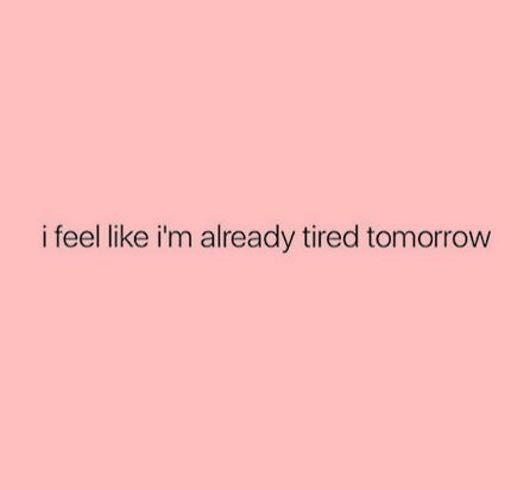 After those six acute weeks, we transitioned to a chronic 2-3 wakings, with only occasional bouts of the hourly brain-suckling; and this lasted for seven more long months. Until at eleven months, I finally built up the courage (desperation) to night wean. I gradually reduced feeding times; then the boobless one took over comforting him when he woke at night. It took two nights of Babies Gone Wild, before he began to get used to the new regime; then, Gloria in excelsis Deo, for the first time in his eleven-month life, he slept through til 6am? and again? and again, for a whole week. Plans were drawn up to turn his bedroom into my dressing room – sure he’d be moving in with his big brother, now. We were to go out on a date, for the first time in a year? feck it; lets go away for the weekend! Until 6am became 5.30am? became 5am? became 4am? the time we, a pair of parent-shaped shadows, were up for the day, every day.

We had worked so hard; done (we thought) everything right; it felt so unfair to be here. We needed a hero? like Lucy Wolfe, sleep consultant by day; saver of parents? lives, by night. And, let’s face it; saver of babies? lives, too – it was reaching the point where the local wolves might have been gaining a new man cub. After a lot of searching, the feeling I got after reading about Wolfe – a Cork-based sleep consultant whose first book The Baby Sleep Solution will be published by Gill, next month – was that her ‘stay and support? approach best appealed to both my logic and instincts.

The first step in my treatment with Wolfe was to fill out a client history questionnaire and sleep log. The subconscious tendency to lie your ass off, here, is illuminating, to say the least. The whole point of this process is so that she can find out what’s going wrong, and yet the underlying feeling that your living hell is of your own making, is so deeply connected with shame, that it’s hard to admit you caved and breastfed your baby at 4am, when all he’d done was cry hysterically for 90 minutes. An association Wolfe sees often, in her clients, ?So many parents come to me feeling humiliated and as though they’ve failed. They may not even have admitted to many other people that their baby isn’t sleeping well. I begin by creating a safe space for parents, to let them know that they’re not alone.? Phew.

But the myth of that dorky perfect baby has a lot to answer for, here. ?This idea, which we saw gaining so much popularity in the 1940s and 50s, that a baby is somehow mechanical and can be managed as such, puts parents under enormous pressure. You’re dealing with human behaviour, and there are nuances in how each individual human being operates. That said, I would expect that for almost every parent, the first six months would feature a lot of tiredness; after that, I would expect to see the beginning of the consolidation of sleep hours – though I don’t mean a solid twelve hours or anything like it. If that’s not coming naturally, this is where the opportunity comes for parents to start making changes.? 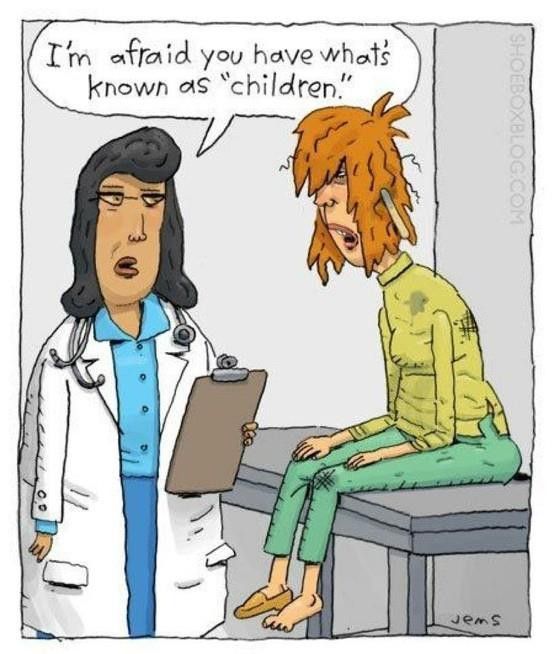 But why, Lucy? why does this happen to good people?

?Parents need to understand that the main issue in problem sleep is biological timekeeping. Most parents know that you shouldn’t rock your baby to sleep and that you should have some sort of schedule, but the big thing to remember is that so much of sleep is governed by science. So following some arbitrary schedule, suggested by a friend or a book, that doesn’t match the baby’s natural biological rhythm, leaves their drive to sleep out of synch. When people see the symptoms of what they perceive to be tiredness in their baby, what they’re really seeing is overtiredness. By the time you’re seeing eye-rubbing, yawning, stretching of limbs – never mind even crying or crankiness – these seemingly innocuous actions are signs that your child has gone beyond their window of sleepiness and will have trouble falling or staying asleep.?

Understanding the science behind this process is helpful in demystifying the sometimes incomprehensible behaviour of your baby who won’t just sleep when they’re tired. When a baby has been awake for longer than the length of time their body would like, their brain releases the hormone Cortisol, which increases blood sugar levels, giving them the energy they need to carry on being awake. Clever body. The problem is that if you decide it’s baby’s bedtime, after the cortisol has been released, good luck switching it off. So, in a nutshell, the most effective key to good baby sleep is to wage war on cortisol.

According to Wolfe, ?What I advocate is a gentle, bendable, intuitive approach – often even extreme situations are improved radically with minor changes?; i.e. things that will make you kick yourself for, afterwards. As we did, when Lucy found where we’d been going wrong.

After cutting out night feeds, I worried that baba would be thirsty at night, so gave him a big gulp of water, just before bed. Big mistake. Seems that even something as basic as a sip of plain old water can become a sleep crutch to the little weirdos; so that every time he woke fully, well by God, he needed that delicious H2O to send him off again. He was managing to push through to 4am without waking fully, but the further one goes into the night, the lighter sleep gets, so when he did wake at early dawn, there was no going back. Of course, his schedule was a bit off, too; a bit too much nap sleep, at not quite the right times. Sorting these issues out wasn’t difficult, and a month on, we’re getting solid sleep until 5am, at the earliest, with 6am becoming more frequent. I never thought I’d be so happy to see 6am on a clock. 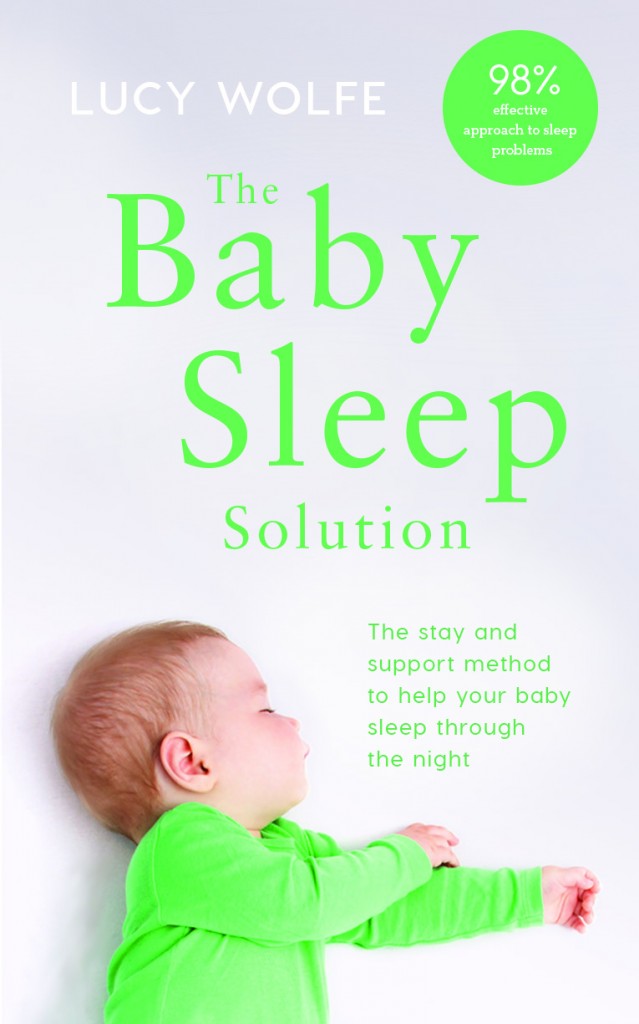 Though we’re not a completely sleep crutch-free household; Lucy Wolfe is now mine.