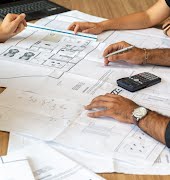 And it’s not what you think. We’re forever hearing about how beauty is in the eye of the beholder, and for men in 2015 it seems that this is not only the case, but this time, they’re more focused on your mind, which is a refreshing turn away from the stereotype. In a new study conducted by Match.com,?87 percent of single men (they surveyed 5,000) said are most turned on by smart, successful women. Rejoice! We’re not saying that looks are usually always what men go for as is, attraction is a complex and individual thing after all, but it’s nice to see that so many are valuing that we have so much more going on beneath our appearance.

The respondents also answered that they would be excited to date a woman who was more intellectual or more educated than them.?The same percentage of men also claimed they would have no problem dating a woman who makes more money than they do.

A bit of an obvious one, but confidence and having plenty of it, is a big deal for the guys. Almost 90 per cent?of the men surveyed said they prefer a woman who is confident and self-assured and they said they would be okay with the woman asking them out on a date instead of the other way around. This in particular, makes us very happy. This is the modern world of dating, and if a woman wants to make the first move and ask they guy out, why shouldn’t she? We know that sometimes this can be frowned upon, but we say more power to those that do so – you know what they say, time waits for no one!

And the most attractive trait that men look for in a woman? A sense of humour. Yep, so as Big said to Carrie: “At the end of the day, all you want is someone who can make you laugh,” only in the case of the Irish, if you’re up for a bit of craic and a laugh, all the better because over 90 percent of men surveyed think that a having a good sense of humour is just as, if not more important than physical attractiveness.