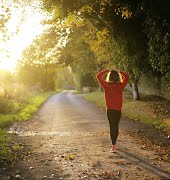 So you’re trying to get pregnant? Though it may sound stupidly obvious, a new study says you ought to be having more sex. After all, you can’t get pregnant if you’re abstinent, right?

There’s more to it than that, though; it’s all about the science. According to Indiana University, who carried out twin studies, having more sex all month long (as opposed to before and during ovulation) stimulates your immune system, making it more receptive to pregnancy. Aside from the sperm-meets-egg scenario, your body needs to be a hospitable and welcoming hub for your baby daddy’s goods. Interestingly, while our immune systems at their strongest are designed to protect us from foreign invaders, nature was clever enough to create a set of T cells and immunoglobulins which recognise that sperm isn’t your body’s worst enemy, thus enabling pregnancy to occur.

Explained by the studies’ lead author, Tierney Lorenz, “To protect itself, the body needs to defend against foreign invaders… But if it applies that logic to sperm or a fetus, then pregnancy can’t occur.”

Adding some all-important science to what we might describe as common logic, the researchers here took 30 women and got to work taking saliva samples. 16 of the women were sexually active while the other 14 were not having any sex at all. Looking closely at both groups’ sets of antibodies, it became apparent that those who were getting jiggy on the regular had much higher levels of T-cells and immunoglobulins (AKA baby making’s best friends) than those who were not. In fact the women who weren’t having sex showed negligible changes in their immune response from one period to the next. This was most evident during the luteal phase during which our uterine lining gets nice and thick in preparation for the all important embryo.

“The sexually active women’s immune systems were preparing in advance to the mere possibility of pregnancy.”

While there has been a vast amount of research carried out on the best conditions in which to get pregnant (as well as how to not get pregnant), and there are many influencing factors in each woman’s life, we can now confirm, albeit stating the obvious, that having sex is the best place to start.

This research was published in both Fertility and Sterility and Physiology and Behaviour. ‘Sexual activity causes immune system changes that increase chances of conception.’