On May 12thKate and Gerry McCann will lay presents out on their daughter’s bed – just like they’ve done every year of her life. This year, Madeleine Beth McCann would have turned sixteen. Now the new Netflix documentary on her disappearance that terrible night seems to do nothing but capitalise on the recent popularity of the true-crime obsession, writes Amanda Cassidy.

The last time her parents ever saw her, she was just three years old. Madeleine, on holidays in Portugal with her family, spent the day of May 3rd 2007 at the kids club of the Ocean Club resort at Praia da Luz on the Algarve. Her mother described her as a little more tired than usual after a day playing out in the sun. She read Madeleine and her siblings a story and tucked them into bed.

It is a story we all know. What happens next has haunted Kate and Gerry McCann for the past 12 years. They left the apartment to dine at a tapas restaurant nearby with friends. The group collaborated with a make-shift baby-listening service with one parent departing at regular intervals to check in on the children. It had worked well throughout the holiday until Madeleine’s mother came into the apartment at 10 pm that night to find her children’s bedroom window open, the shutter lifted and her 3-year-old daughter missing from her bed. The subsequent horror, panic and confusion are charted in the 8-part Netflix documentary, often in laborious detail.

As with anything Madeleine related – there is a morbid fascination with the details, however scant. But this show does little to advance the theories on her disappearance or shine a light on new suspects.

Instead, it is padded out with lengthy interviews with random tourists, locals with little to do with the investigation and a strange side-bar about the history of tourism in the Algarve. Kate and Gerry McCann are heavily featured although they did decline to take part in this series fearing it might hinder the British investigation that continues to this day.

“We did not see and still do not see how this program will help the search for Madeleine and, particularly given there is an active police investigation, could potentially hinder it,” the McCanns said. “Consequently, o­­ur views and preferences are not reflected in the program.” Those interviewed in the show include Anthony Summers and Robbyn Swan, the investigative journalists who co-wrote 2015’s “Looking for Madeleine”; Gonçalo Amaral, the investigating coordinator with the Policia Judiciaria in Portugal; Robert Murat, who was once considered a suspect in the case; Jim Gamble, former head of the Child Exploitation and Online Protection Centre in the U.K.; and Phil Hall, the McCanns’ former PR rep, Phil Hall. 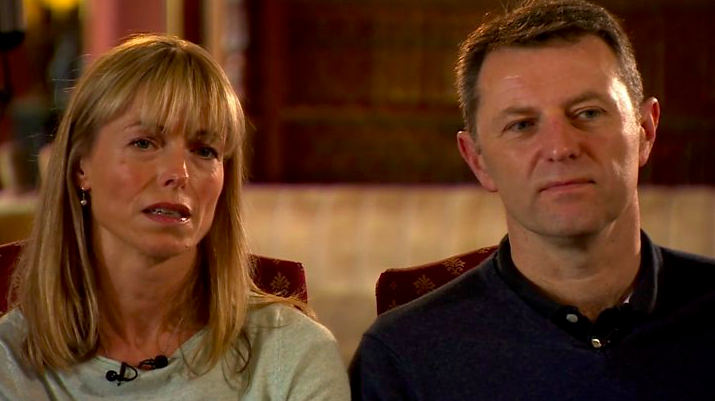 “Fight for your daughter”

Of course, any re-telling of the ‘botched’ police investigation, media circus and whistlestop tour by the McCann’s to Spain, the Netherlands, Morocco and Rome urging the public to help find their daughter makes for compulsive watching. In fact, that’s what Madeleine’s family counted on at the time. Some of those involved in child protection encouraged the McCann’s to stoke the flames of the media frenzy.  A chief investigator into US missing children told Mr McCann, “you have to fight for your daughter, the public’s attention span is short. You have to do everything you can to keep her in their minds”.

The second episode explores the sometimes distasteful courting of the media that began in earnest, the press conferences, the balloon releasing, the hiring of a PR guru, footballers wearing ‘Find Maddie’ t-shirts.  You could see the pain the McCann’s faces as they dragged themselves around appealing for information. Instead, the scrutiny turned inwards –with the Portuguese police shifting their attention to Madeleine’s parents as potential kidnappers or killers. It was the story of a decade and the media fixated on the juicy scraps of the barely-there case against Kate and Gerry McCann. The McCanns were eventually dropped as suspects in the disappearance of her daughter and won many libel cases against the various publications. But their hand in the events of that summer continue to be scrutinised by the public even today.

Who would leave their children alone in an apartment?

They are responsible for her disappearance. What do you expect? Who would abandon their sleeping children like that? The online comments on every story about Madeleine read in a similar vein. Many are quick to point out that the McCanns got what they deserved after leaving their children alone. Whether you agree or not is probably futile. It was reasonably common practice at the time. Even Jon Clarke, one of the tabloid journalists interviewed in the documentary series admitted he had done the same with his own children the summer before.

And that’s the crux of why we know this little missing girls name. Why don’t we know the names of all the other thousands of babies and children who are lost? This was a source of consternation among the Portuguese public and subsequently, the British public after the McCanns managed to gain Government support at the highest level to fund investigation after investigation into finding Madeleine. The public started to demand why this little girl was more important than all the other missing children. In fact, the Netflix documentary explores in detail the case of Rui Pedro an 11-year-old boy who went missing in Portugal during the search for Maddie. His family were not offered the same level of support or media coverage as the McCanns and many wanted to know why. The answer is, of course, that Maddie wasn’t more important or more special, however, the circumstances of her disappearance are what set her apart. It was infinitely more relatable. A blonde baby girl on holidays with her family snatched from her bed as she slept. It sent shivers down every parent’s spine in a way that we could nearly imagine happening to us.

With the news of Maddie’s disappearance, in such familar circumstances to what we know, suddenly that comfortable space we put between ourselves and tragedy got a lot smaller. 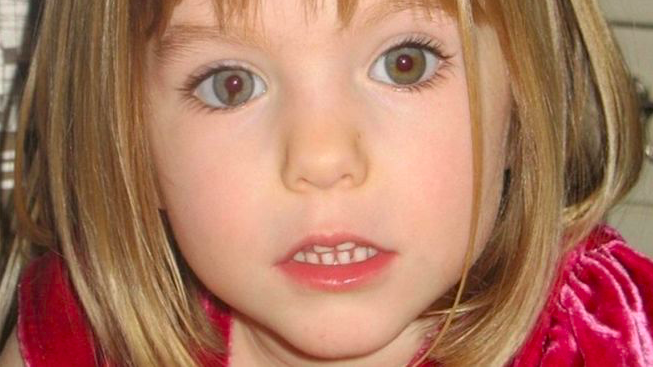 We also learn in this documentary that many of the investigators still believe Madeleine is still alive. The strongest theory is that she was taken by traffickers, claiming it was in her interest to get her out of the country alive.  UK child protection police officer, Jim Gamble remains optimistic about finding the girl, “I absolutely believe that in my lifetime we will find out what has happened to Madeleine McCann. There’s huge hope to be had with the advances in technology. Year on year DNA is getting better. Year on year other techniques, including facial recognition, are getting better. And as we use that technology to revisit and review that which we captured in the past, there’s every likelihood that something we already know will slip into position.”

But while the documentary makes for enthralling viewing – it is clear that there is nothing really new here. There are no grand twists, no turns, nothing that makes us gasp in the fresh horror we were secretly hoping for. Maybe that says more about us as a consumer, that we were disappointed by the lack of answers in a case that isn’t really any of our business.  It is a rehashing of a story of unimaginable parental anguish. It is a story that rarely focused on Maddie at all –  a story that still has no end.