New love? Golden Globe? 2020 is Jennifer Aniston’s year and this is why we care so much

Her perfect shade of golden caramel hair, her tight-in-all-the-right-places figure, her unlucky-in-love history, her dignity in divorce? Here’s why we have always been rooting for Jen.

Her husband cheated on her in the most spectacular way with the world’s most beautiful woman. It is no wonder #TeamJen had so many hearts in her corner.

But even before that, our relationship with Jennifer Aniston was via Rachel Greene in the iconic Friends.

We grew up with her character, watching her evolve from a ditzy waitress at the Central Perk to glamorous merchandising manager at Ralph Lauren. Each season she grew sleeker, more polished, more confident. We styled our hair the same way (ish), we copied her outfits, her drawl. Everything was SO this or that. Could she BE any more followable?

So it only seemed natural that she would fall in love with the world’s most handsome man, movie star Brad Pitt. But this particular fairytale blew up in our faces when a supposed femme fatale came along, the perfect vampy contrast to Aniston’s syrupy good-looks.

From that day forward, Aniston was cast as the unlucky-in-love dumpee, whether she liked it or not. The headlines about her childlessness, her failed relationships were full of pity and condensation. The golden girl left to languish, what a tragedy.

It also just shows how, in our current culture, a woman’s value is tied up in her physical appearance, which tabloids turn into a sporting event of speculation. Is she pregnant? Is she eating too much? Has she let herself go? Is her marriage on the rocks because the camera detects some physical imperfection?

In an interview a few years back, Aniston spoke up about the false narrative about her life. “My marital status has been shamed. My divorce status was shamed; my lack of a mate had been shamed, my nipples have been shamed,” she told Marie Claire magazine.

“It’s like, why are we only looking at women through this particular lens of picking us apart? Why are we listening to it?”’ she added. “I just thought: I have worked too hard in this life and this career to be whittled down to a sad childless human.”

And then, 2020, the positive news headlines start rolling in. Jennifer Aniston is tipped to win the Golden Globe for her role in The Morning Show for the Best TV Drama Actress. She has knocked Olivia Colman’s crown sideways leading in the bookies with a 17/5 shot compared with Colman’s 71/20. 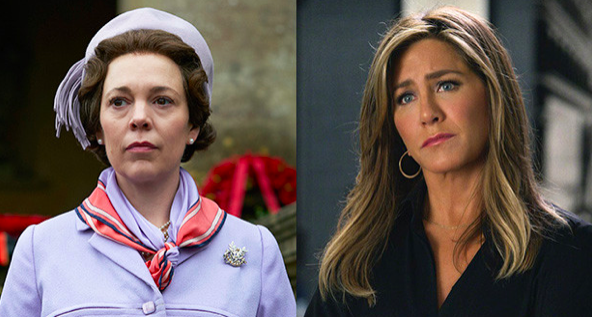 It’s about time, we heave. She deserves to have things go her way. And more positive developments, a grainy holiday picture capturing Jennifer on holidays with director Will Speck. No wedding bells yet but tiny sparks of happy shining out her pretty eyes. “Who? What?” Jen fans wonder, fiercely protective of her despite her assurances that she is a big girl now.

But she is all of us, our once shiny romance not so untouchable anymore. Dumped, embarrassed but with a magnitude, we shudder to imagine. The truth is that Jennifer Aniston is a girl’s girl. She represents that perfect balance that comes with being so crush-worthy as well as cool, but with a vulnerability that also sees her falling on her face in the public eye. We want to pick her up and make things good for her again.

2020 might just be her year. We are rooting for Jen, whether she wants us to or not.

Jennifer Aniston: No one told her life was gonna be this way