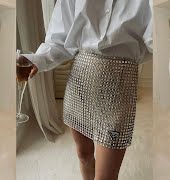 A dark story, balanced by hope thanks to over 250 brave survivors who spoke out against Larry Nassar, the USA Gymnastics (USAG) team doctor who abused hundreds of young women during his 29-year tenure is a must-watch. It sees journalists and the young women fight to expose decades of systematic abuse which resulted in exposing one of the biggest sporting scandals in US history

Nassar, a former USAG team doctor, was sentenced to more than 300 years for abusing young gymnasts in 2018. The documentary charts an investigation by the Indianapolis Star (IndyStar), which began in 2016 with help from survivors, police and attorneys, that brought Nassar to justice. For weeks, prior to his sentencing, scores of young athletes came forward with emotional testimonies detailing the life-long impact Nassar’s abuse had on their lives.

Throughout the film, directors Bonni Cohen and Jon Shenk ask two key questions: why was Nassar able to abuse these women for more than two decades? And did USAG cover it up?

They take an in-depth look into the culture that allowed the abuse to continue. And the girls had not been silent about what was going on – they told people around them from parents to coaches. They were interviewed, reports were written up, charges recommended at various stages. Only nothing happened.

“Larry Nassar was just one bad guy within a system that has tolerated abuse for decades. The truth that was exposed was that they had been burying cases for many, many years,” added Cohen.

How did Nassar get exposed?

They explained the initial story came from former USA gymnast, Jennifer Sey, who was national champion in 1986 before retiring from the sport in 1988. She had written a book and was in touch with many gymnasts who also happened to be at the centre of the Nassar scandal.

The IndyStar than began to report its investigative pieces from 2016 onwards – their initial report was titled ‘Out of Balance’ and published in August of that year – and the story began to gain traction, thanks to their tireless efforts.

Who is Athlete A?

Gymnast Maggie Nichols, who remained anonymous for some time and was referred to as only “Athlete A,” was the first one to report it to USA Gymnastics around 2015, who then said in a statement in 2018 that after a private investigator had interviewed Nichols and a second gymnast, it did not have “a reasonable suspicion that sexual abuse had occurred.”

She blasted the organisation for not responding faster or doing more to stop him from assaulting more young women.

The documentary also details how Rachael Denhollander, a former gymnast and now a lawyer, was the first woman to come forward and publically accuse Nassar after she came across the IndyStar article alleging malpractice at USAG in 2016.

“Ultimately, it’s a story about people who were taken advantage of by an organisation that lost sight of its responsibility,” continued Shenk.

“The Olympics is a big event in the United States. But, over the years, it became very much about the marketing of the athletes. Unfortunately, many of the organisations, including USA Gymnastics, did not have policies in place to protect the, often very young, athletes.”

Athlete A is on Netflix now

If you or someone you know is suffering with sexual violence or abuse, you can contact Dublin Rape Crisis Centre’s 24 Hour Helpline at 1800 77 8888.

One in Four is a charity that supports adult survivors of childhood sexual abuse. You can call on 01 662 4070.

Read more: ‘Brave and inspirational’ family of women praised for speaking out about sexual abuse

Read more: The trauma of childhood sexual abuse: ‘I refuse to be part of that secret anymore’